Accessibility links
Offshore Drilling Loses Support After Gulf Oil Spill Since the devastating Gulf spill, many who previously supported offshore drilling as a way to produce home-grown energy have changed their minds. Obama says he still supports it if done responsibly, but others don't trust the technology. This could make things tougher for the climate bill to move forward, which supports more offshore drilling. 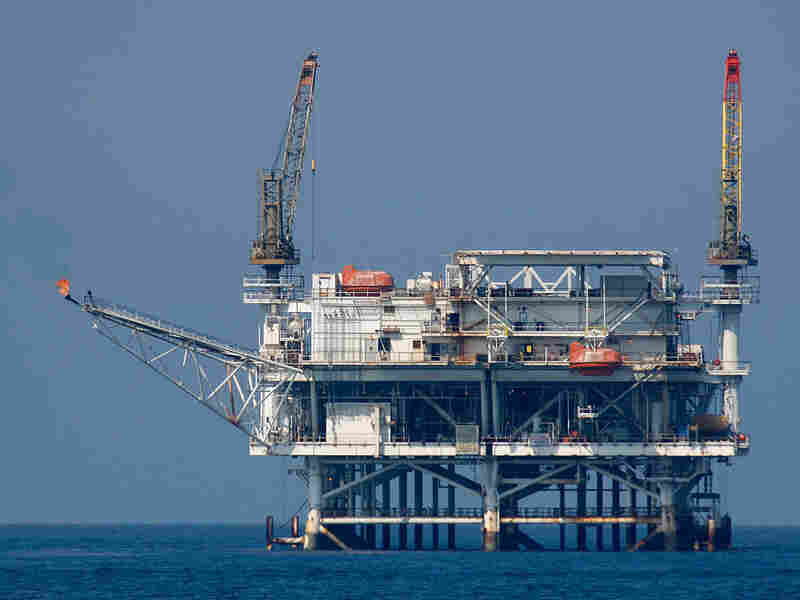 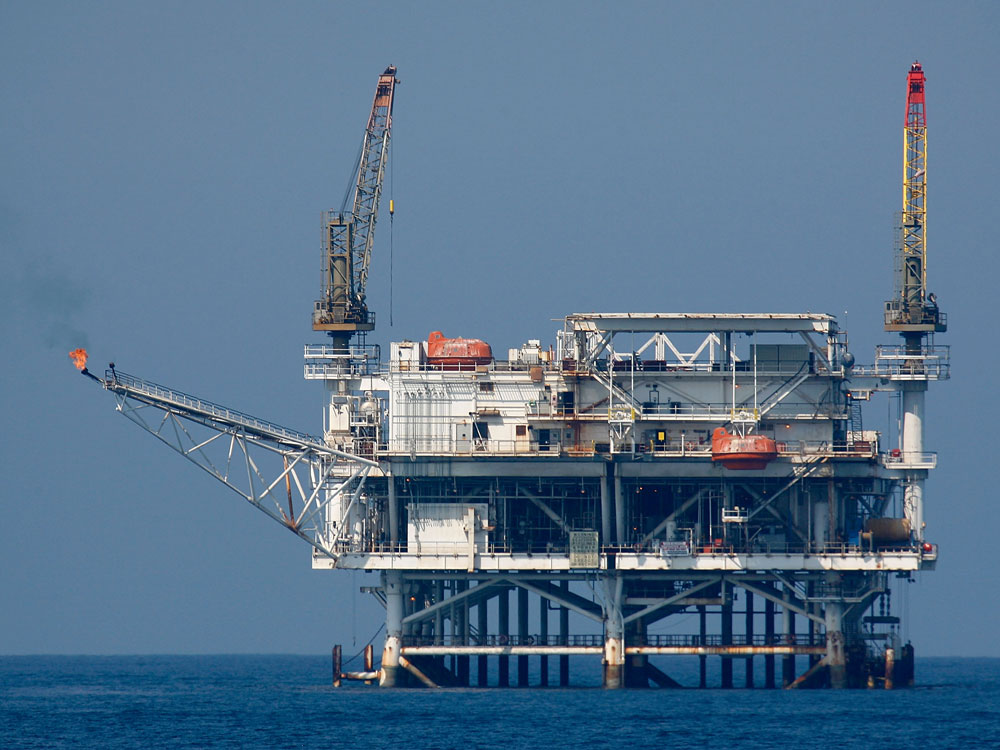 An offshore oil rig is seen in the Catalina Channel near Long Beach, Calif., in 2008. On Monday, Gov. Arnold Schwarzenegger withdrew his support for a controversial new offshore oil drilling project off the Santa Barbara coast.

Days into the oil spill, President Obama said he still supports offshore drilling so long as it's done responsibly and doesn't damage the environment. That view is becoming increasingly unpopular.

For California Gov. Arnold Schwarzenegger, the Gulf spill fails on both counts. Schwarzenegger recently announced that he's yanking approval of an offshore drilling project along his coastline because he no longer believes the assurances of the oil industry.

"Despite those studies and support," the governor says, "all of you have seen, when you turn on the television, the devastation in the Gulf. And I'm sure that they also were assured that it was safe to drill. That will not happen here in California."

It was in California in 1969 that the mother of all U.S. rig spills occurred, just off the coast of Santa Barbara. Images of oil-soaked birds and beaches helped launch Earth Day and the modern environmental movement.

Another hotspot in the offshore drilling debate is Florida. The state Legislature is weighing a measure to open up new areas for offshore drilling. Some Floridians had come around to the idea because of the country's dependence on foreign oil, says Susan Glickman, a consultant for the Southern Alliance for Clean Energy. But the spill appears to have trumped that concern:

"There has been a definite switch in positions for some and a hardening of positions for others against drilling, which for a brief period of time was enjoying some increase in public support and political support. But that is evaporating rather quickly," Glickman says.

Among the converts who've turned against offshore drilling is Florida Gov. Charlie Crist. He flew over the oil spill and decided Florida wasn't ready for new drilling.

In Washington, expanded offshore drilling has won backing from quite a few stalwart environmentalists in the Senate, who are pushing a new energy and climate bill up a very steep hill. The bill offers support for more offshore drilling and new nuclear power plants as a sweetener to win votes from skeptics, who say the bill will raise consumers' energy costs.

"I think that there will be a number of coastal people who were previously supporting the bill who will want provisions related to aggressive drilling taken out of the bill," says Wirth.

Wirth says other senators who were on the fence are now likely to jump off and not support any new drilling.

The spill doesn't mean an end to offshore drilling. Large parts of the Gulf of Mexico are and will continue to be exploited -- the Interior Department has leased many sites still waiting to be explored.

But Wirth points out that these sites have to be carefully evaluated. British Petroleum's site, for example, was unusually deep and technically difficult. He says the drilling industry had assured skeptics that new technology made it doable -- and safe.

"I think the time has come to carefully examine the technologies that are now far out in front of our ability to manage those technologies."

The spill has galvanized those who fought against new offshore drilling. But Phil Sharp, a former U.S. congressman and head of the economics think tank Resources for the Future, says all Americans -- politicians and consumers alike -- should consider where the demand for new oil comes from. "It's a little bit disingenuous on our part if we ethically think, 'Oh my goodness, we are going to protect the environment, we are not going to allow drilling, but we are just going to consume to our heart's content.' "

That's especially true, Sharp says, if drilling for oil beyond American shores is less regulated and even more hazardous to the environment than it is here.