Accessibility links
Movie Review - 'Casino Jack' - Where the Dice Are Loaded and the Deck Is Stacked From his childhood obsession with the movies to his conviction on fraud and conspiracy charges, lobbyist and con man Jack Abramoff makes a complicated, larger-than-life subject for documentarian Alex Gibney. 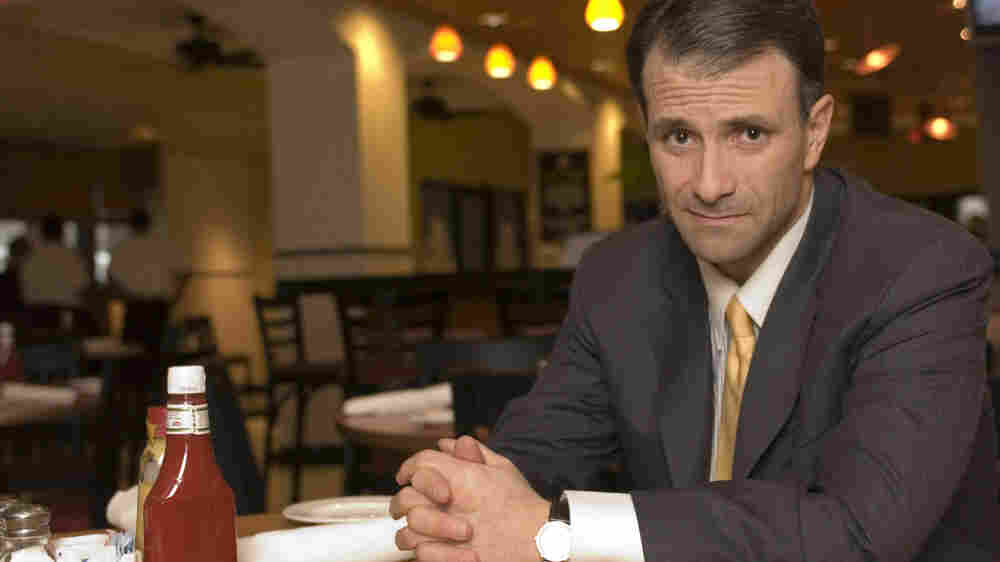 Casino Jack and the United States of Money

'It's The Selling Of America'

Alex Gibney's documentaries often focus on either larger-than-life personalities or complete moral collapses within government and industry. In notorious lobbyist and convicted con man Jack Abramoff, Gibney has found one man who embodies both. Casino Jack is in part a searching biography of this man's incredible rise to power and influence. But it is also a sobering look at the abuses inherent to that power -- abuses not limited just to Abramoff.

Gibney starts near the apex of the story, with the mafia-style murder of Gus Boulis, the former owner of a set of floating casinos purchased by Abramoff and a business partner. The shady details of that purchase -- among other charges -- landed Abramoff in jail, where he now resides.

Then the director leaps back four decades, moving methodically from Abramoff's childhood obsession with the movies (which would eventually lead to a brief career making thinly veiled action propaganda flicks) to his time spearheading the national College Republicans movement, and from there to his role alongside Ralph Reed and Grover Norquist as up-and-coming warriors in the mid-'90s Republican Revolution -- a set of associations that would help catapult him into the conservative elite.

The narrative trots all over the globe, including stops for labor exploitation in the Marianas Islands, dealings with Russian mobsters, ripping off Indian tribes in the desert southwest, and jetting to Scotland for rounds of golf with impressionable politicians.

The Boulis murder, which Gibney circles back to in the end, has no direct connection to Abramoff -- although Abramoff's partner in the casino boat deal had ties to one of the alleged hit man. What Gibney does imply, in making this a pivotal moment in the film, is that there is at least a moral connection between that kind of crime and the white-collar offenses committed by the rich and powerful -- by Abramoff and politicians like Ohio Congressman Bob Ney, who was also convicted for his dealings with the lobbyist. 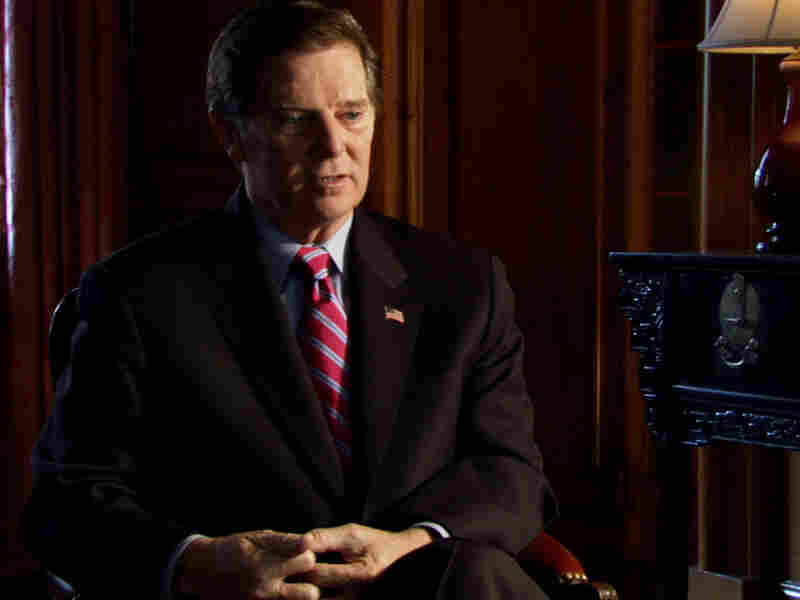 No Regrets: Texas Congressman Tom DeLay's relationship with Jack Abramoff began when they were introduced at a Washington dinner shortly after Republicans reclaimed Congress in 1994. Magnolia Pictures hide caption 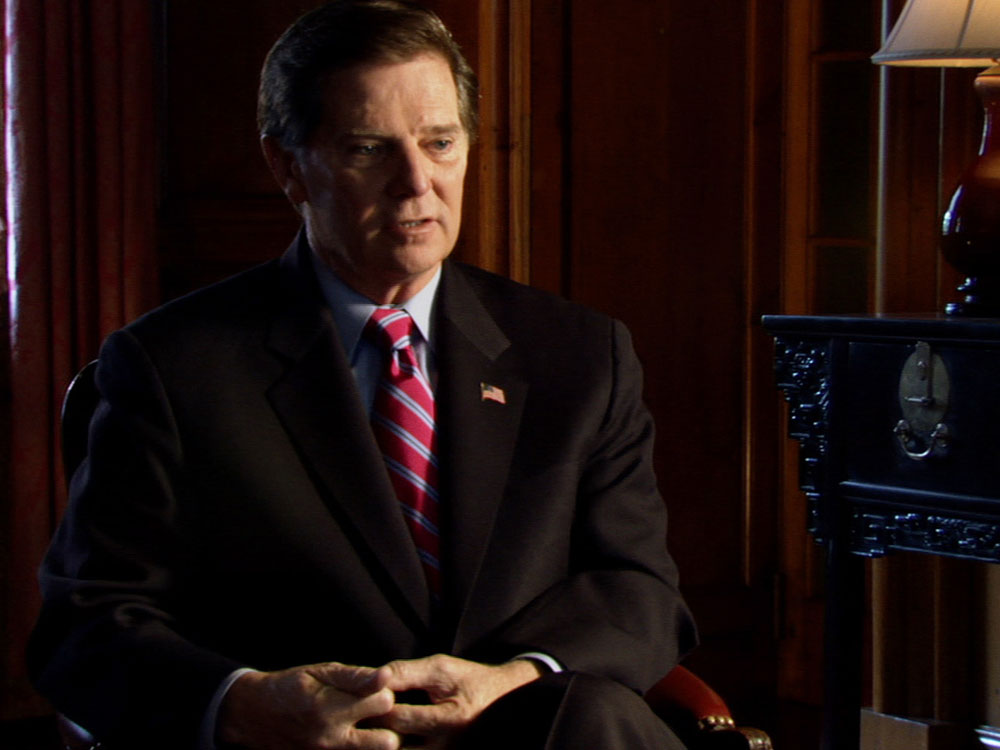 No Regrets: Texas Congressman Tom DeLay's relationship with Jack Abramoff began when they were introduced at a Washington dinner shortly after Republicans reclaimed Congress in 1994.

Gibney is less interested in Michael Moore-style rabble-rousing here than he is in meticulously making his case. Stylistic flourishes are generally limited to a few choice moments from classic films -- as the prototype for the ugly collision of political idealism and political reality, Mr. Smith Goes to Washington is a recurring reference point.

What Gibney does share with Moore is an unapologetically leftist ideological streak. Knowing that, his ability to get interviews with prominent conservatives is impressive. Former Texas Congressman Tom DeLay, in particular, sits down for an extensive Q&A with Gibney in which he proves remarkably candid -- and shockingly unrepentant -- about his alignment with Abramoff.

Unfortunately, the one on-camera interview Gibney doesn't score is with Abramoff himself. The director spoke to his subject a number of times while researching the film, but Abramoff -- a federal prisoner, and involved in ongoing investigations to boot -- wasn't allowed to appear on camera. While the film contains a great deal of archival footage of Abramoff, from childhood through to his conviction, along with mountains of e-mail correspondence in which he gloats with associates over his schemes, the lack of Abramoff's current perspective is an unfortunate omission.

Gibney compensates for the gap with an abundance of detail from other sources -- so much detail that the film's momentum bogs down under the sheer volume of information. In fact, as a biography, Casino Jack is as exhausting as it is exhaustive; this is a sprawling epic of a documentary, and Gibney follows every tendril of money and corruption that he can locate. The web of connections and dirty dealings is compelling material. But in the barrage of minutiae, the director's larger argument -- that Abramoff is merely a common, if prodigious, byproduct of the American marriage of money and politics -- gets reduced to a hurried coda tacked onto the end.