Accessibility links
Faisal Shahzad: 'Nice Guy' Turned Terrorism Suspect A U.S. citizen suspected in the failed car bombing in New York's Times Square seemed to have everything going for him. He had built a nice home for his family near Bridgeport, Conn. A neighbor said Shahzad seemed to be "a nice guy." But by last summer, Shahzad's life had started to turn sour. 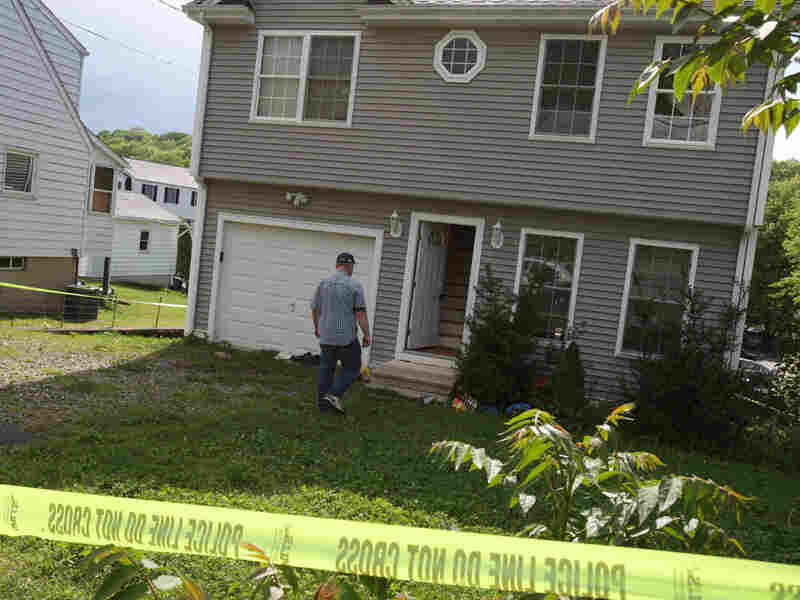 Police tape surrounds a home in Shelton, Conn., where Faisal Shahzad once lived with his family, on Tuesday. The house had been foreclosed on. The Pakistani-American is accused of planting a car bomb in New York's Times Square. Daniel Barry/Getty Images hide caption 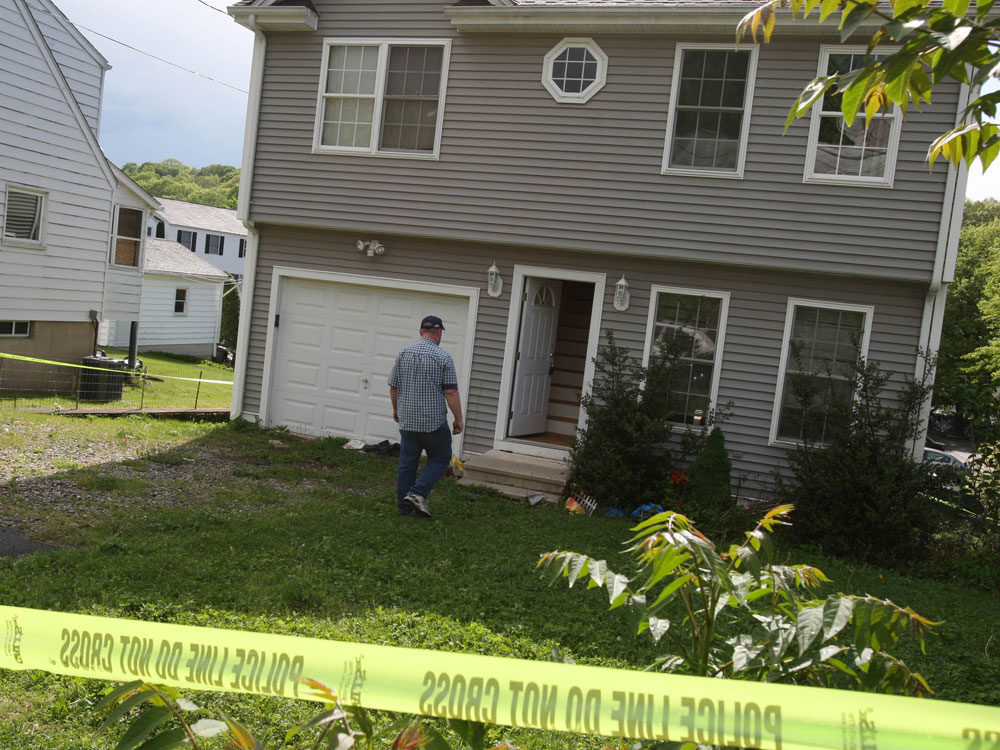 Police tape surrounds a home in Shelton, Conn., where Faisal Shahzad once lived with his family, on Tuesday. The house had been foreclosed on. The Pakistani-American is accused of planting a car bomb in New York's Times Square.

Before last summer, Faisal Shahzad seemed to have everything a newly minted U.S. citizen might want. In the 10 years since arriving from Pakistan, he'd accumulated college degrees, a job, a home, a family. Now he's charged with setting a car bomb to explode in New York's Times Square. Investigators say he admitted to getting explosives training on a return trip to Pakistan. It's not yet known exactly how or why, but somehow this successful citizen's life turned sour.

At the age of 29, Shahzad had a recently built suburban home in Shelton near Bridgeport, Conn., and a wife and two kids. He got along with his neighbors. "He was a nice guy as far as I knew," says neighbor Fred BoosKay.

Ten years earlier, Shahzad had come from Pakistan on a student visa, and he made the most of it. He got a computer science degree, then an MBA, then a job as a financial analyst with the company Affinion, an international marking firm that "works with some of the largest companies in the world to become more engaged with their customers," according to company spokesman Michael Bush.

He had all of that -- and U.S. citizenship, too -- before last summer. That's when he turned 30, and it all began to unravel.

He quit his job. The bank foreclosed on his suburban home. He took the family to Pakistan and left them there. When he returned to the U.S. a few months ago, his life was completely different. He was alone. He rented a cheap place in a rundown neighborhood of Bridgeport. His next-door neighbors didn't even know he was alive.

Would-Be Bomber Operated Under The Radar

Would-Be Bomber Operated Under The Radar

"We've never seen nobody coming out of the house ... or coming in," says neighbor Lavonne Muse. "We really thought it was vacant. We didn't know people was living there."

Others who spotted Shahzad in the past few months say he acted strangely: running in the dark, blasting a radio day and night -- and, investigators say, assembling a car bomb from propane, gasoline and fireworks.

So what happened last summer to Shahzad to flip him from family man to suspected terrorist?

Bruce Hoffman, a professor of security studies at Georgetown University, says it has become a pattern in these kinds of cases for suspects to have recently traveled back to their homeland "and then, either before that trip, during that trip, perhaps upon their return, are suddenly radicalized and become involved in a terrorist plot."

Even before he went to Pakistan, there were signs that all was not well with Shahzad. The family had fallen behind in their house payments and were trying to sell. They were being sued for not paying an energy bill. The Wall Street Journal quotes a real estate agent who heard Shahzad say his father was sick and he needed to return to Pakistan to take care of him. 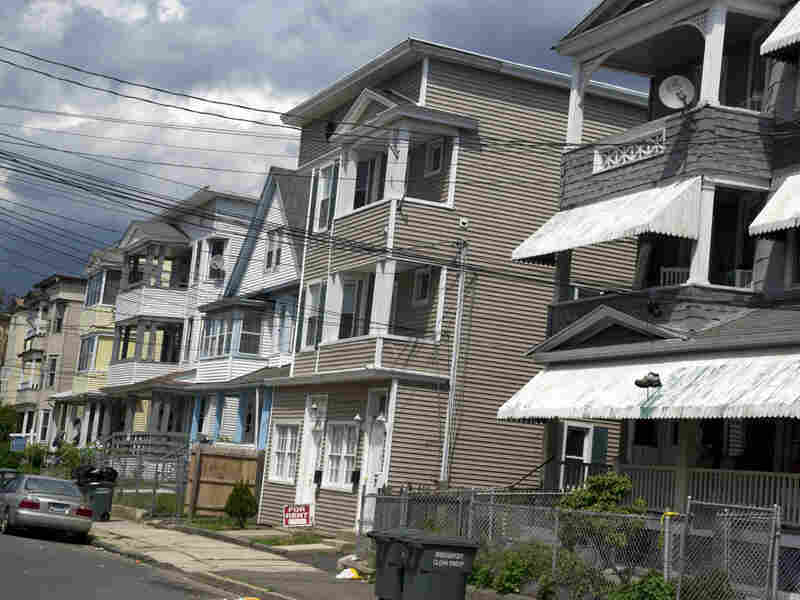 After returning from a trip to Pakistan, Shahzad moved -- without his family -- into the house second from the right in Bridgeport, Conn. Don Emmert/AFP/Getty Images hide caption 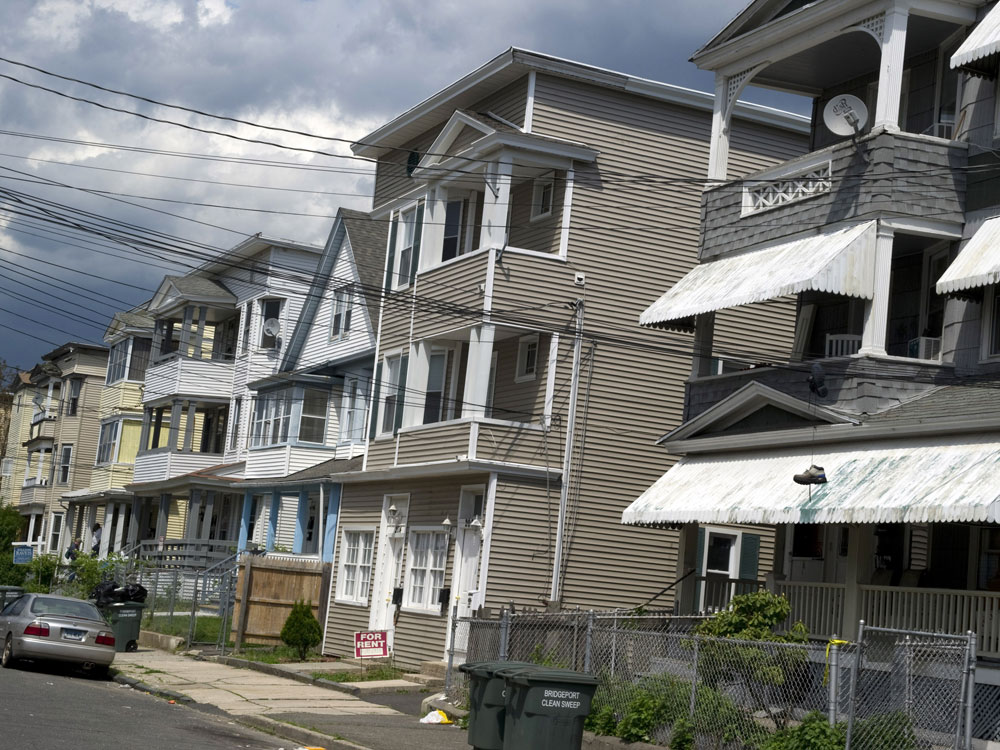 After returning from a trip to Pakistan, Shahzad moved -- without his family -- into the house second from the right in Bridgeport, Conn.

Hoffman says a trail of debt is not uncommon in cases of suspected terrorism. "Many of these individuals believe it's entirely permissible to in essence defraud the Western societies they live in and to use whatever money they have to run up credit card debt, to take out loans that they have no intention of repaying."

Still, neighbors say the turnaround in Shahzad's life seemed to happen so quickly. One day the family was holding a tag sale on their lawn, and soon after they were gone. Their foreclosed home in Shelton still has trash and forgotten items strewn inside and out: a music CD, an old passport from Pakistan, discarded greeting cards and a transcript from college showing that Shahzad apparently had a 2.78 grade point average.

Now that he's in custody, all of that discarded past is catching up to him. Investigators spent Tuesday removing evidence from Shahzad's former life.