Accessibility links
What Health Law Didn't Fix: Medicare Doctor Pay Just about everyone agrees the scheduled 21 percent pay cut to doctors would be a devastating blow to patient care. But without the cut, the federal deficit will balloon another $300 billion over the next decade. 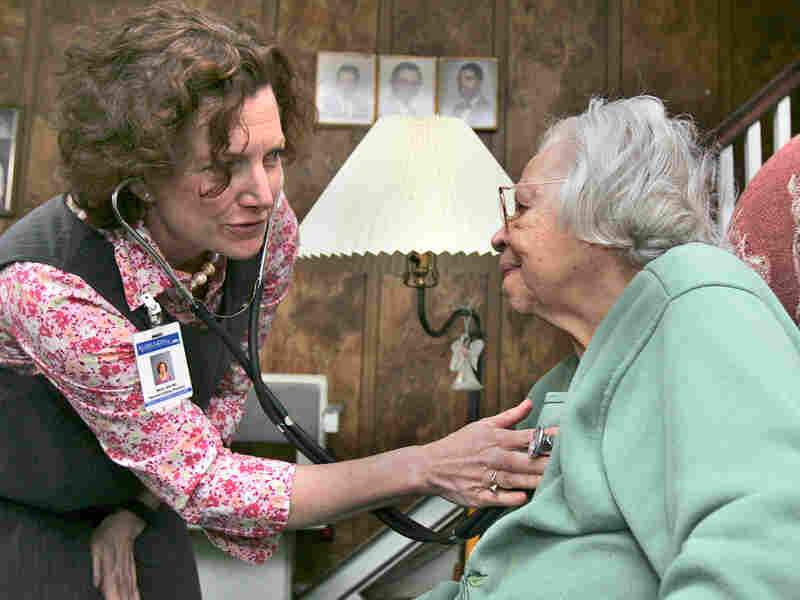 Medicare patients, such as Belva Bell, could be hurt by a scheduled 21 percent pay cut for doctors. Rusty Kennedy/File photo/AP hide caption 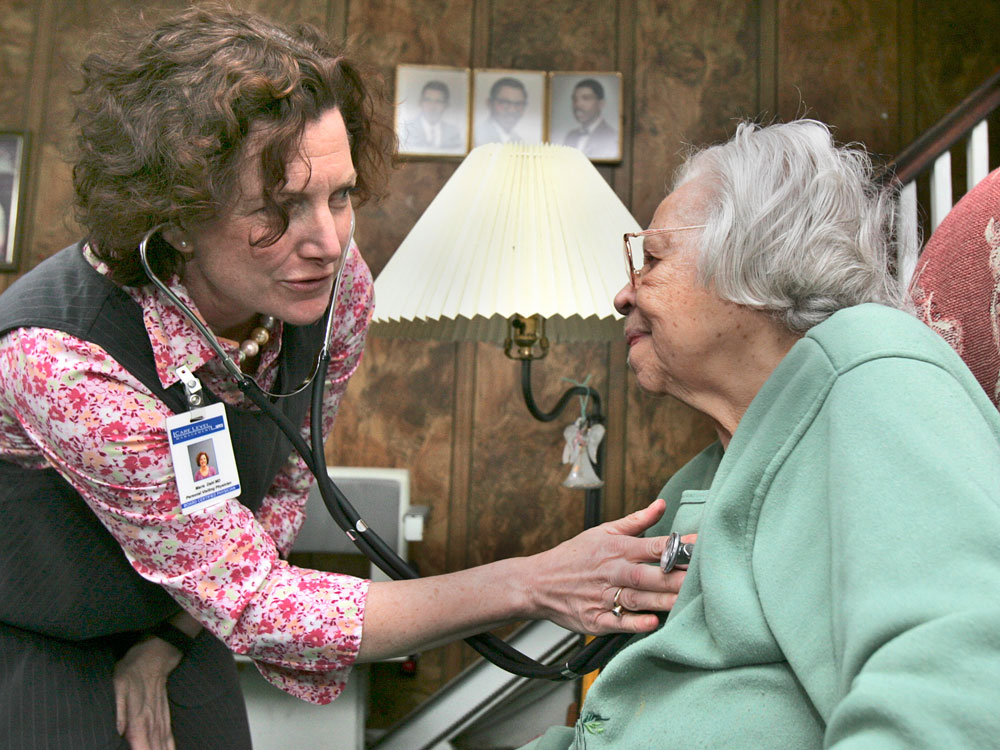 Medicare patients, such as Belva Bell, could be hurt by a scheduled 21 percent pay cut for doctors.

For the third time this year, Congress has just days to avert a scheduled 21 percent cut in pay to doctors who treat seniors and others on the Medicare program. And while just about everyone agrees a cut of that magnitude would be devastating for Medicare and the patients it serves, no one seems to be able to figure out how to solve the problem in anything except a stopgap way.

The trouble actually dates back to 1997, when Congress passed a balanced budget law that put the current formula in place determining how doctors will be paid. The idea was that if doctors as a group cost Medicare too much, their pay would be docked to make up the difference in future years.

But James Rohack, president of the American Medical Association, says it was clear from the start that the "sustainable growth rate" would be anything but.

"We want to keep people healthy, and this formula penalizes [doctors] for doing the quality care you want," Rohack says.

For example, he says, "by keeping people's blood sugars under control, or helping them stay out of the hospital when they have heart failure," doctors may save Medicare money overall, but run up overall physician spending that then triggers future physician pay cuts.

And if those cuts get big enough, people worry that over time there will be more patients like Janice Jessup, a Medicare beneficiary in Virginia Beach, Va.

The last time Jessup needed to find a new primary care doctor a couple of years ago, she says she called as many as 40 doctors all over town. And what did they tell her?

Jessup, who had severely cut her leg and ended up needing substantial follow-up care, eventually went to a walk-in clinic where she did get the care she needed. But it wasn't the care she wanted.

"It isn't the full medical attention you need with a primary physician. No lab tests or anything," she says.

From the doctors' point of view, however, it's not hard to see why they're getting more reluctant to take on new Medicare patients.

"We haven't had a raise in seven years," says Joseph Stubbs, the immediate past president of the American College of Physicians, which represents more than 100,000 internists.

Stubbs says as professionals, doctors feel a strong sense of duty to continue to care for their Medicare patients, even when profits erode. But at some point the balance will tip, he says, including for his own group of nine doctors in Georgia.

"We're having to face, well, if those cuts go into effect, we need to cut personnel," he says. "It will cost us, instead of reimburse us, to take care of Medicare beneficiaries."

And Congress has now made matters even worse, Stubbs says, by delaying the cuts not a year at a time, but -- because of complicated federal budget rules -- only by a month or two.

That's because making the cuts disappear entirely would add to the federal deficit at eye-popping amounts. An estimate issued last week by the Congressional Budget Office said merely canceling projected cuts in Medicare pay for doctors over the next decade -- without giving them any increases -- could cost $276 billion over the next decade.

But the short-term fixes have left physicians wondering what their income might be, and what to tell patients.

"It is absolute chaos for us as business people," Stubbs says. "What business could deal with not knowing whether your price is going to be up in the next month, or the same, or be cut by 21 percent? It's no way to be able to plan."

Groups representing patients want to ensure that there are enough doctors to serve Medicare beneficiaries. But they're wary about the doctors' prescription for fixing the problem, which calls for repealing the current formula in its entirety.

"We don't just want to just remove all limits on what doctors can charge. That's a good way to get to bankruptcy," says John Rother of the senior group AARP.

Still, Rother agrees with the physician groups that Congress has not been fair about its handling of their Medicare payments.

"No one would defend a month at a time. Even a year at a time is problematic. So we certainly believe if it can't be permanent, it ought to be a multiyear fix," he says.

Physicians, not surprisingly, are a bit more emphatic about what they want from Congress, particularly after the issue got punted from the recently enacted health overhaul bill because of its price tag.

"From a fiscal standpoint, when they say they, 'Well gee, we can't do it because it will add to the deficit,' well, the reality is every one of these temporary patches has grown the deficit," says Rohack. "They could have fixed this three years ago for less than $50 billion."

So the search continues for a new system that would pay doctors on Medicare fairly, but neither too much nor too little. That search has, so far, been elusive.

And the latest delay in the cut expires on May 31.