Accessibility links
Sopping Up An Oil Slick With Castaway Hair Salons are donating hair clippings to be made into nylon oil containment booms. The booms are laid along the beach to soak up the oil threatening coastlines off the Gulf of Mexico. 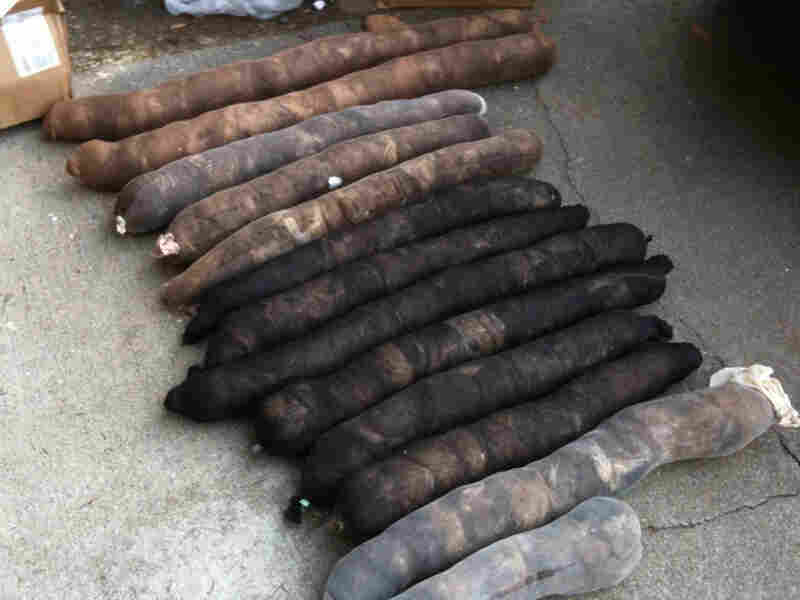 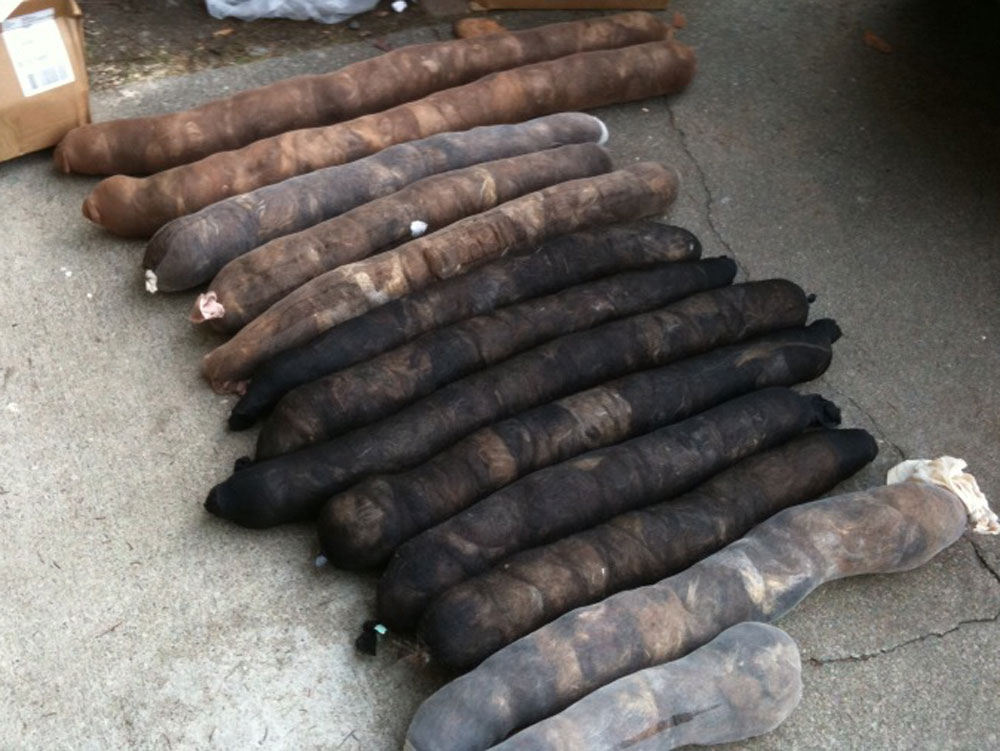 Oil containment booms are made from donated hair stuffed into nylons.

Workers in the Gulf of Mexico are using oil containment booms to sop up oil and protect coastlines from the approaching slick.

Commercial booms are usually made of plastic. But an alternative source for the booms is found on the floor of salons across the country.

As it turns out, hair adheres to oil pretty efficiently, which is why your hair gets greasy. Now salons are donating their discarded locks to help with the Gulf Coast cleanup.

A group in San Francisco has been producing hair booms for nearly a decade now. Matter of Trust makes nylon stockings stuffed with human hair and trimmed animal fur.

"Booms will lie along the beach, the waves will come up, and they'll go through the hair and the nylon," says Lisa Gautier, co-founder of Matter of Trust. "And the hair will grab the oil and then the wave goes back out and it's cleaner."

Gautier says the BP spill is by far the biggest challenge she's encountered, so her organization is directing its current stockpile of hair -- 400,000 pounds -- toward the cleanup.

While the group does have lots of hair, Gautier notes, there is one shortage. "I knew that hair wouldn't be a problem, but nobody wears nylons anymore," she says.

Well, some people still do. Gautier says the great thing about being based in San Francisco is the city's transvestite community, which has readily donated nylons. The group has also received donations from Wal-Mart and Hanes.

Gautier says the response has been massive: More people have signed up for hair collection in just the past 72 hours than in the past six years.

Booms will lie along the beach, the waves will come up, and they'll go through the hair and the nylon. And the hair will grab the oil and then the wave goes back out and it's cleaner.

"There's over 370,000 salons in the U.S., and it's the people in the North and in the West -- hundreds and hundreds every hour. And not just the salons and the groomers. Basically everybody is desperate to help. They just really really want to help," she says.

An hour's drive from the Gulf, at the Athena Hair Salon in Tallahassee, Fla., stylists Cody Traweek and Mary Rolling are alarmed about the size of the spill.

"And you just sit there and watch it and wait for it to come your way, I guess," Rolling says.

The salon just began collecting hair. Traweek says she always wanted an opportunity to recycle all the cuttings. When she learned of an environmental group gathering hair to help, she coordinated the local effort.

After the booms are constructed, they're tied together with zip-ties. Then this clump of what looks like hair sausages is shoved into a long mesh liner to make a bigger hair boom to be laid along the waterline.

As Traweek sweeps up the afternoon trimmings, she puts them into a can to transfer to boxes that she'll hold on-site while she waits to see where the oil moves next.

And beyond donating hair, thousands of people in the Gulf region are volunteering to make the booms. Volunteers will shoving fistfuls of hair and animal fur into nylon pantyhose later this week during parties dubbed "Boom-B-Qs."

How An Oil Spill Spread Into A National Crisis May 5, 2010