Accessibility links
Hey Good Lookin': Early Humans Dug Neanderthals Could you have a Neanderthal in your family tree? Scientists say modern humans did more than simply coexist with our evolutionary cousins. New research shows that Neanderthals and non-African early humans had sex -- and produced offspring. Along with the chimpanzee genome completed a few years ago, the Neanderthal genome will help scientists pin down the genetic changes that made modern humans human. 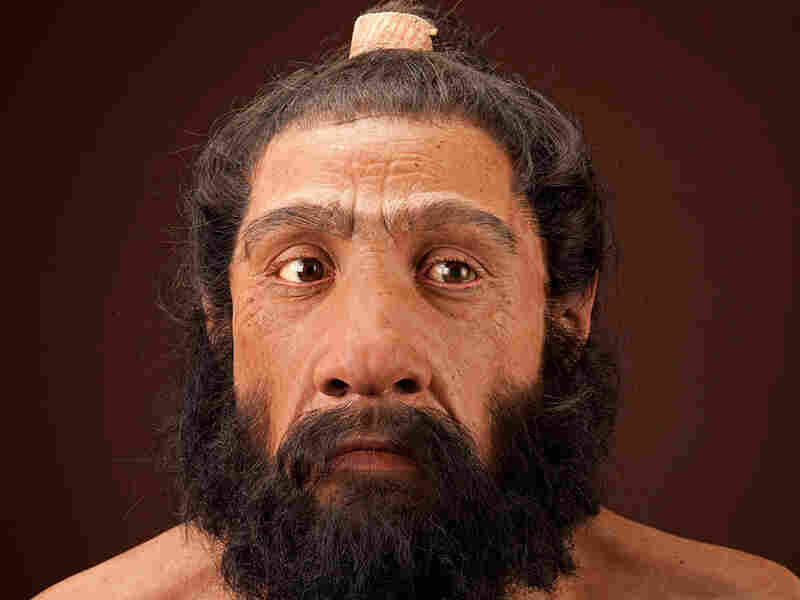 Someone who looks like this could be in your family tree. Chip Clark/Courtesy of the Smithsonian Institution hide caption 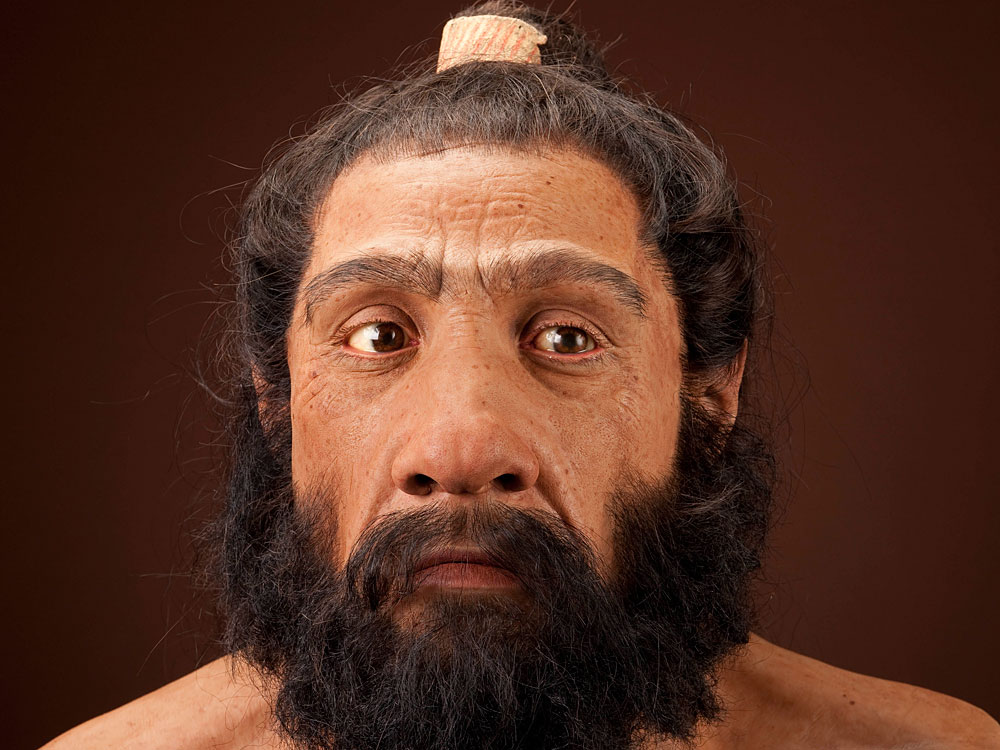 Someone who looks like this could be in your family tree.

Chip Clark/Courtesy of the Smithsonian Institution

Be careful whom you call a Neanderthal. You may be one yourself. Or at least you may have Neanderthal ancestors.

That's the conclusion of a study being released Thursday that examined DNA extracted from Neanderthal bones more than 35,000 years old.

More Than A Handshake?

There's little question that modern humans and Neanderthals bumped into each other once upon a time.

"The archaeological record shows they overlapped between about 30,000 and 80,000 years ago," says David Reich, a geneticist at Harvard Medical School.

There was some fossil evidence that they may have done more than shake hands in passing, but the initial genetic evidence suggested otherwise.

"And so the big open question was whether they exchanged genes during that time when they overlapped in the Middle East and in Europe," he says.

To find out whether the two human species interbred, scientists from the Max Planck Institute for Evolutionary Anthropology in Leipzig, Germany, launched an audacious effort to sequence all 3 billion letters of Neanderthal DNA. As hard as it may be to believe, fragments of DNA can survive in bones that are more than 30,000 years old. New techniques can sequence those fragments, and new software can line the fragments up.

Reich says that's what they found.

In other words, Reich and his Leipzig co-authors are totally sure that Neanderthal genes found their way into modern humans when the two species intersected. They report their findings in the journal Science.

Reich says it's hard to pin down exactly how much DNA Neanderthals contributed to modern humans. "We estimate about 1 to 4 percent of the genetic ancestry of non-Africans is from Neanderthals," he says.

'Neanderthal' Is No Insult

And just to be clear: Reich says there's no stigma to have a bit of Neanderthal heritage.

"Absolutely not," he says. "In fact, people who have Neanderthal DNA have done just fine in our society."

Now that scientists have the sequence, they can start looking for regions of DNA that differ between Neanderthals and humans. 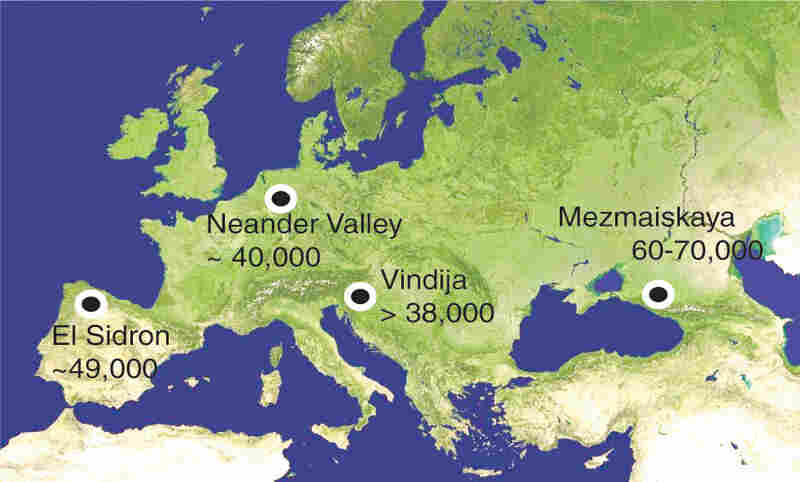 The bones in the study came from the four archaeological sites shown here. The numbers indicate the dates (before present) from which the bones came. So, the samples from the Vindija site are more than 38,000 years old. Courtesy of Science/AAAS hide caption

"And then, once the regions are identified, [we can] look to see what genes are here, what biological sense can we make of this," geneticist Richard Green say.

Green recently left Leipzig to join the faculty of the University of California, Santa Cruz. He says they've already begun to identify genes that have changed -- for example, genes that control the tails on sperm, genes that are involved in wound healing, genes that affect the shape of our hair.

Along with the chimpanzee genome completed a few years ago, the Neanderthal genome will help scientists like Green pin down the genetic changes that made modern humans human.

"Which one of these happened very recently, since we split even from Neanderthals? And which ones of these are much older and happened in the 6 million years or so since we diverged from chimpanzees?" Green says.

Green says for the moment, the real value of the Neanderthal genome is what it tells us about how modern human evolved. John Hawks, an anthropologist at the University of Wisconsin, agrees.

Hawks compares this finding to the first time humans were able to look back at the Earth from beyond Earth's orbit.