Accessibility links
Dixie Chicks Musicians Strike Out On Their Own Way back before the Dixie Chicks' multiplatinum records -- and the arena tours -- there were two musical sisters growing up in Dallas. Martie Erwin on fiddle. Her younger sister Emily on banjo. They became the instrumental heart of the Dixie Chicks, but now they're playing in their own group as well, writing songs about motherhood and growing older. 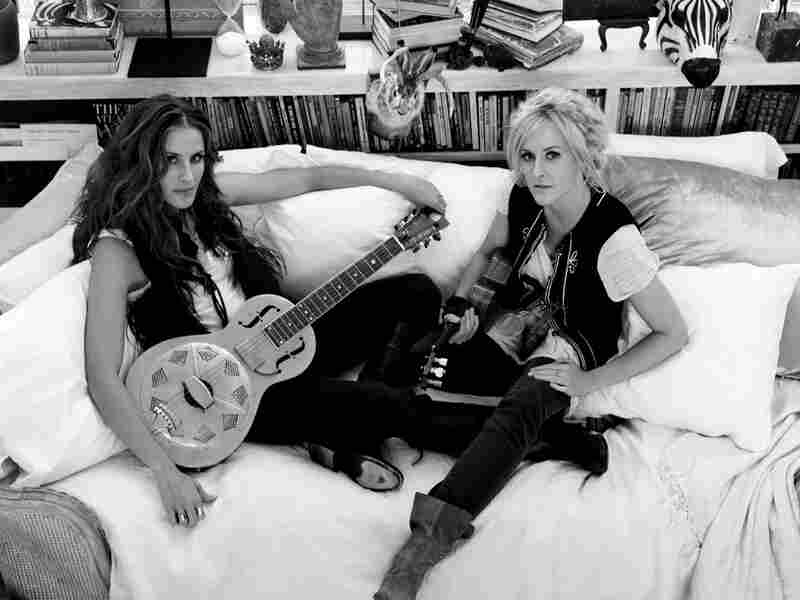 Emily Robison (left) and Martie Maguire have been in a band together since Robison was 10 and Maguire was 12. Frank Ockenfels 3 hide caption 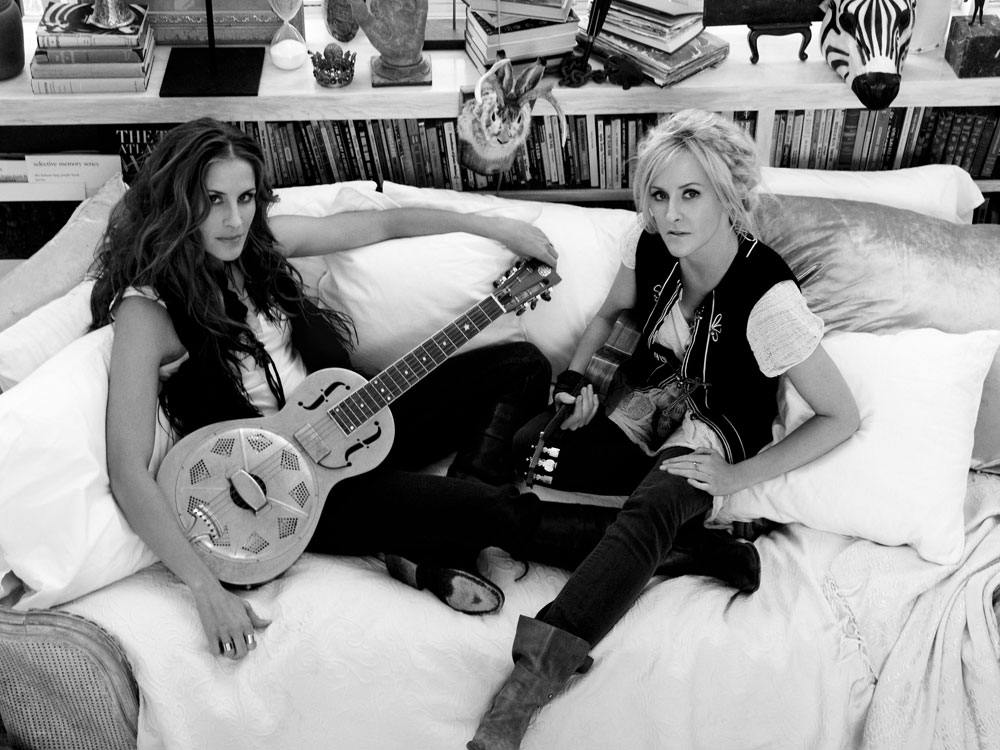 Emily Robison (left) and Martie Maguire have been in a band together since Robison was 10 and Maguire was 12.

Hear Robison and Maguire play an acoustic version of "April's Love," a song from their new album.

See You in the Spring

Way back before the Dixie Chicks' multiplatinum records -- and the arena tours -- there were two musical sisters growing up in Dallas: Martie Erwin on fiddle and her younger sister Emily on banjo. They became the instrumental heart of the Dixie Chicks, singing harmony behind lead singer Natalie Maines.

Now, the two sisters have their own band -- a side project, without Maines. All Things Considered host Melissa Block recently caught up with them in New York.

Their names are now Emily Robison and Martie Maguire, and they came by NPR's New York studio to play a bit and talk about their new incarnation as Court Yard Hounds. Robison wrote all but one of the songs, and she sings lead.

The Dixie Chicks have been on a long break. They haven't toured in the four years since their last hit album. Robison and Maguire say they were itching to get back to music, but Maines wanted more time off.

According to Robison, that left her angry and frustrated.

"I love to play," she says. "I love the smell of bus fumes. I like being on the road. I know I'm strange, but I just do. I love the whole summer-camp feel of being on a tour."

One of the reasons the band was having a tougher time getting, and staying, on the road was their children.

"It's harder and harder as, you know, the more children we had," Robison says. "It was more of an obstacle, and we did have to slow down for certain things. But, essentially, I still like that lifestyle. And so I just think, not being able to choose my own destiny is what made me angry. And then I realized, 'You know what? I can choose my own destiny.' "

Robison wrote the songs on the album after her divorce. She says she was trying to fill a void in her time.

"Finding myself alone at night a lot, with my guitar -- after the kids go to bed, what do you do?" she says. "I was wanting to do something so that I could have something to show for that time."

Then, she sent those songs to her sister.

"I was really moved," Maguire says. "It would just rip my heart out. Sometimes I'd find myself crying. She wasn't talking to me a lot about what was going on, but I was kind of learning what she was going through through her songs."

Robison's first instinct was to offer the songs to another singer, but Maguire says she wouldn't hear of it.

"I felt very territorial about them," Maguire says. "I thought, 'She's hocking the family jewels!' or 'She's telling family secrets!' And I felt like she needed to be the voice."

The songs on the duo's self-titled album are very personal. In "Fear of Wasted Time," Robison and Maguire sing about the tug of being a mother -- the fear of time slipping by. In the lyrics, they mention sneaking into their kids' rooms to watch them sleep. Both sisters admit to it.

"I actually fit in the crib," Maguire says. "I don't fall through. My husband has found me in there a few times."

Robison says the fear in the song is also about the work of getting older and still wanting to do so many things.

"I want to be playing music, and I want to be a great mom, and I want to do everything," she says. "I feel like there's nothing I have left that I have to, like -- you know, especially coming off the Dixie Chicks, it's not about accomplishments. It's about playing. I want to play. I want to have fun. I want to travel. I want to bring my kids. I want to, you know, let them see all of this and what's possible."