Accessibility links
Seen As Rising Star, Kagan Has Limited Paper Trail Solicitor General Elena Kagan has avoided public comments on most of the major flashpoint issues of recent decades. Indeed, so sparse are her published views that liberals have privately been wary about a Kagan nomination.

Widely admired for her intellectual acumen and administrative ability as dean at Harvard Law School, Supreme Court nominee Elena Kagan came to her current job of U.S. solicitor general with one gaping void: She had never argued a case in the Supreme Court -- or any other court, for that matter.

At her confirmation hearing, she told skeptical senators that she was not worried, that she was bringing with her "a lifetime of learning and study" in the law -- as a teacher and private practitioner, and as a lawyer for the Clinton administration. But not all senators were convinced. Sens. Tom Coburn (R-OK) and Jon Kyl (R-AZ) both said they wouldn't send someone who needed surgery to a doctor who had never operated.

Kagan, however, was unfazed, saying, "Frankly, anyone has some gaps."

In the end, 31 Republican senators voted against her confirmation -- and only seven for it. At the time, Kagan was already viewed as a potential Supreme Court nominee, and the vote was viewed as a GOP shot across the bow.

Opposition to Kagan now is expected to focus on the fact that she has no experience as a judge, and on the position she took at Harvard Law School when she refused to let military recruiters operate on campus because of the military's "don't ask, don't tell" policy. The faculty and student bodies had both adopted resolutions opposing the policy as discriminatory, and Kagan at the time called it "a moral outrage" of the "first order." She also signed a legal brief, along with many other deans, defending the decision to exclude military recruiters.

She contended at the time that because the law school received no federal funds, it was not bound by a federal law cutting off funds to any school that barred military recruiters. But the U.S. Supreme Court sided unanimously with the government, ruling that if the law school alone barred military recruiters, the entire university would lose all of its federal funds, amounting to hundreds of millions of dollars.

Immediately after the Supreme Court's ruling, Kagan rescinded the school's policy. In a message to students, she said that the school would, of course, follow the court's ruling. "As I have said before," she added, "I believe the [military's] policy is profoundly wrong -- both unwise and unjust -- and I look forward to the day when all our students, regardless of sexual orientation, will be able to serve and defend this country in the armed services."

Elena Kagan: At A Glance 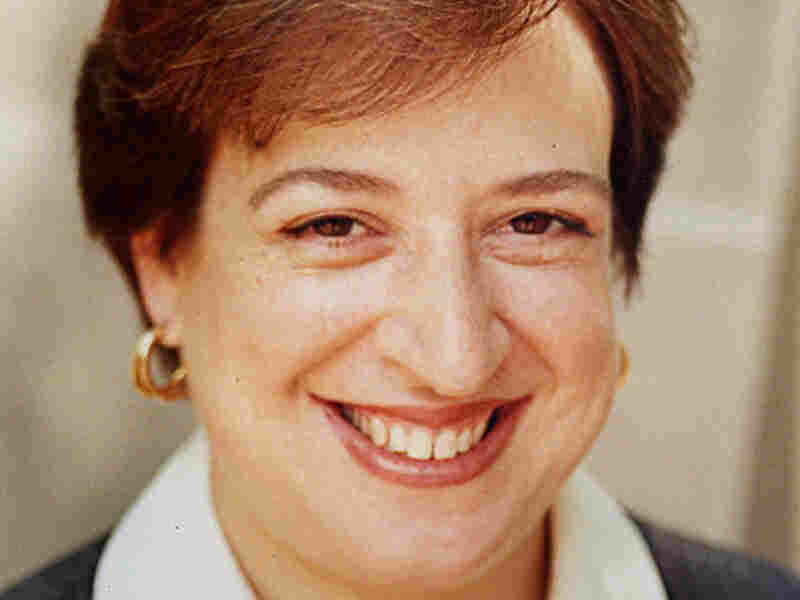 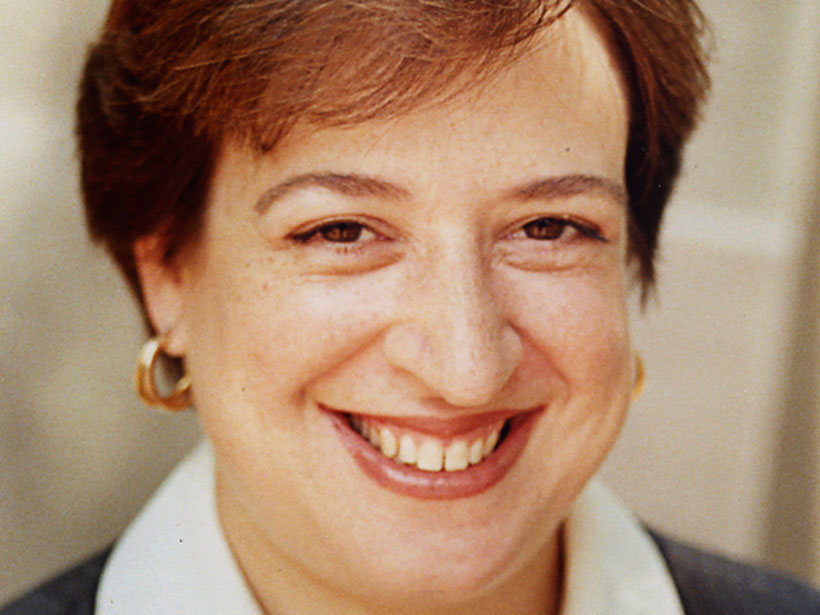 Kagan, shown here in April 2003, is a former dean of Harvard Law School and the first woman to hold the U.S. solicitor general post.

At her confirmation hearing for the job of solicitor general, the military recruiting issue was the one substantive area of controversy. Other than that, there appeared to be little in Kagan's record that raised any red flags.

Indeed, more than most prominent legal figures, Kagan has avoided public comments on most of the flash-point issues of recent decades. So sparse are her published views that liberals have privately been wary about a Kagan nomination.

So elusive are her opinions that legal thinkers -- both liberal and conservative -- repeatedly ask the question, "What does Elena really believe?" Said one of her former Harvard colleagues, an avowed fan, "Elena is the single most competitive and most inscrutable person I have ever known."

But in at least one area -- executive power -- she has spoken out more than may have been noticed.

In a 2001 Law Review article entitled "Presidential Administration," Kagan advocated a muscular use of presidential authority to advance a domestic agenda through agency regulations.

Liberals and human rights activists have complained that as solicitor general, Kagan has imported that view to justify "Bush-lite" positions taken by the Obama administration in the "war on terror."

Hidden in plain sight, though, is a letter Kagan signed that neither liberals nor conservatives have commented on, though it is part of the public record.

In a 2005 letter to Sen. Patrick Leahy (D-VT), Kagan and three other deans of major American law schools wrote to oppose legislation proposed by Sen. Lindsey Graham (R-SC) to strip the courts of the power to review the detention practices, treatment and adjudications of guilt and punishment for detainees at Guantanamo Bay, Cuba.

"To put this most pointedly," the letter said, "were the Graham amendment to become law, a person suspected of being a member of al-Qaeda could be arrested, transferred to Guantanamo, detained indefinitely ... subjected to inhumane treatment, tried before a military commission and sentenced to death without any express authorization from Congress and without review by any independent federal court. The American form of government was established precisely to prevent this kind of unreviewable exercise of power over the lives of individuals. "

"When dictatorships have passed" similar laws, said the deans, "our government has rightly challenged such acts as fundamentally lawless. The same standard should apply to our own government."

Elena Kagan grew up in New York City, where her mother was a teacher and her father a lawyer. She went to public schools, then was a star student at Princeton University, followed by Harvard Law School, where she was supervising editor of the Law Review. Then it was on to a clerkship for the man she calls her mentor, Supreme Court Justice Thurgood Marshall, whose portrait hangs over the mantel in her Justice Department office.

After that, besides teaching and practicing law, she held important positions in the Clinton administration, and President Clinton eventually appointed her to the federal appeals court in Washington. She was only 39, a judicial star in the making. But the Republican-controlled Senate never took up her nomination, and it died at the end of the Clinton presidency.

In the meantime, Kagan returned to Harvard and in 2003 became dean of the law school. There she was hugely popular with students and won widespread praise for ending decades of ideological faculty feuding.

It's not that she is without detractors. She is said to be tough on underlings, dressing them down in public. And at Harvard, her temper was well known, and her administrative tactics sometimes were criticized as "untransparent."

But on the campus, liberals and conservatives alike mainly sang her praises. She shook up the faculty with new hires, including some eminent and controversial conservatives, and she defended them when they were under attack. So ideologically diverse were her hires that this generally liberal Democrat even won a standing ovation from a prominent bunch of young conservatives.

The occasion was the annual convention of the conservative Federalist Society. Afterward, Kagan grinned at the crowd and, with charismatic candor, declared: "You are not my people."

That brought the crowd to its feet with a good-humored roar.