Accessibility links
First Listen: The Claudia Quintet, 'Royal Toast' There are no people named Claudia in the Claudia Quintet, but there is a fantastic drummer and composer named John Hollenbeck. His tunes crib from anywhere between minimalism and math-rock, while the band transforms it all into a sort of throbbing, cinematic and wacky jazz. 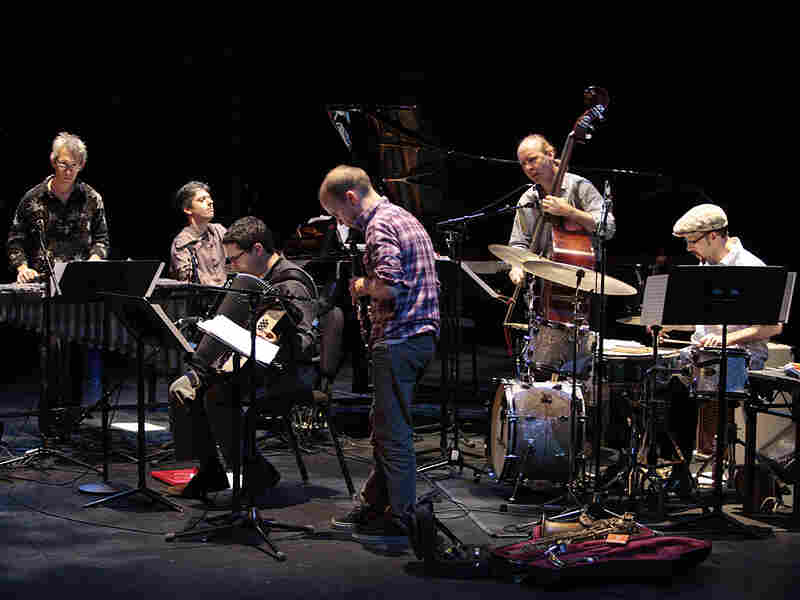 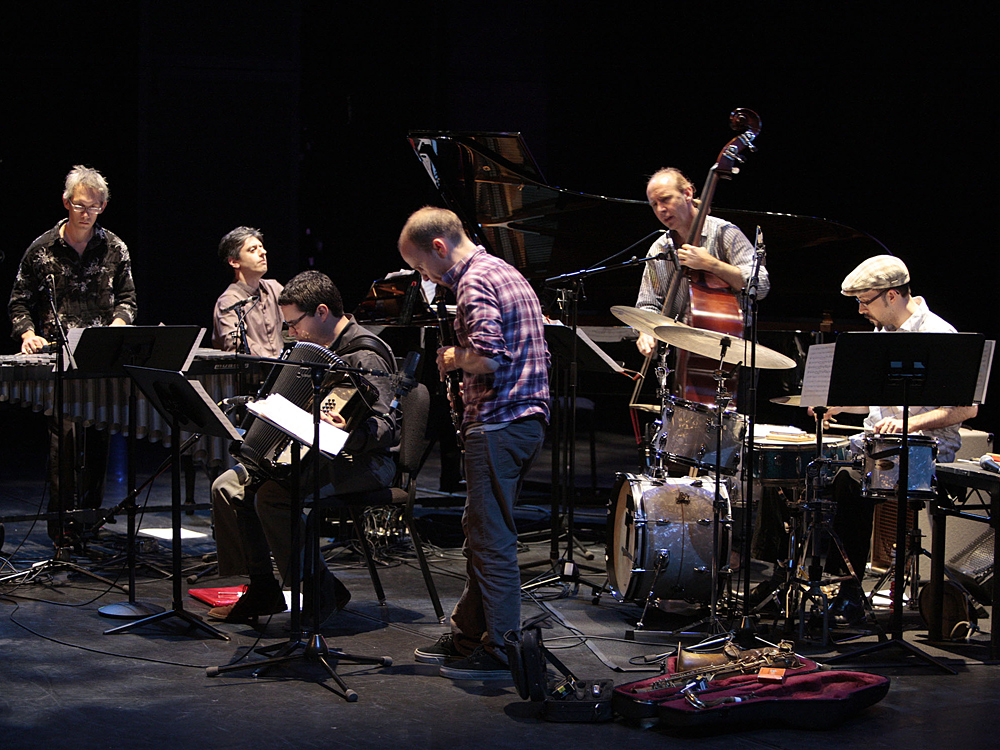 There are no people named Claudia, or women who could be named Claudia, in the Claudia Quintet. On its new album, Royal Toast, it's not even a quintet. There is, however, a drummer and composer named John Hollenbeck. He's got a knack for curious names, and more importantly, he writes really intriguing music.

His music for the Claudia Quintet comes from a jazz foundation, and it's played by musicians fluent in jazz. But there's a lot of other stuff mixed in there, too. There are cries of free improvisation and interlocking layers of minimalism, and there's the complexity and clean precision of math-/post-/prog-rock. (The tidy joys of Spoon and Deerhoof meet the throbbing impulses of Battles and Tortoise, maybe.) It's played by the quirky combination of clarinet or tenor sax, vibraphone, accordion, bass and drums, with the addition of piano on this record. And it rocks.

This music definitely grooves, unconventionally but head-forward and throbbing ("Keramag," "Royal Toast"). But it also develops over time as its beats shift shape ("Paterna Terra," "Armitage Shanks"). And it isn't afraid to slow down in search of the probingly beautiful ("For Frederick Franck," "Crane Merit").

Royal Toast is the fifth album for Chris Speed (reeds), Matt Moran (vibes), Ted Reichman (accordion), Drew Gress (bass) and Hollenbeck; they add Gary Versace (piano) to the mix here. Each member of the band takes a brief solo interlude -- or rather two, independently recorded and overdubbed onto each other without their knowledge. It's another example of Hollenbeck's impish sense of humor finding its way into his music. (If you've ever seen him perform, you understand.)

All of this is music that resists idiom. But if you give it a bit of attention, you may notice that on top of all that, it's pretty fun. Royal Toast will be available for streaming here in its entirety until its release on May 18; please leave your thoughts on the album in the comments section below.