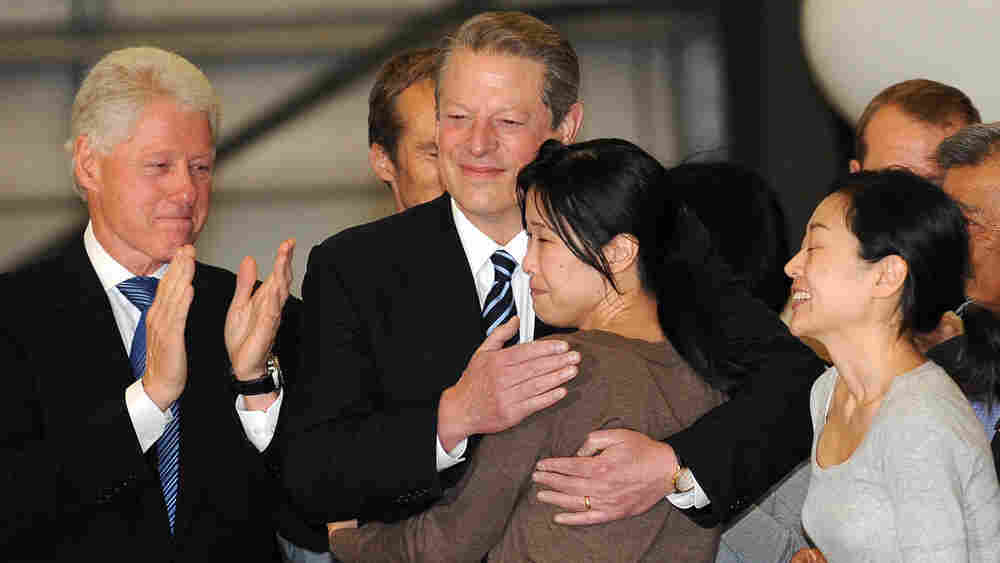 On March 17, 2009, journalists Euna Lee and Laura Ling were apprehended by North Korean soldiers while filming a documentary along the China-North Korea border. The two women were charged with illegal entry for crossing into North Korea -- and after several months of interrogation by North Korean officials, sentenced to 12 years of hard labor in one of North Korea's prison camps.

After finding out that Laura had been arrested in North Korea, Lisa Ling -- Laura's sister and a special correspondent on The Oprah Winfrey Show and CNN -- started calling every diplomatic official she knew. She also contacted other journalists to publicize Laura's ordeal. For several weeks, Lisa appeared on national media outlets alongside other family members as part of a campaign to bring the two journalists home.

In an interview with Fresh Air contributor Dave Davies, the sisters describe their dual experiences with Laura's detention and release. They detail their infrequent phone conversations, in which Laura was able to tell Lisa that the only way she and Euna would be released was if a special envoy -- former President Bill Clinton -- traveled to Pyongyang to meet with North Korean leader Kim Jong Il. Clinton made the trip in August 2009, after Laura and Euna had spent 140 days in captivity, and helped secure their release. 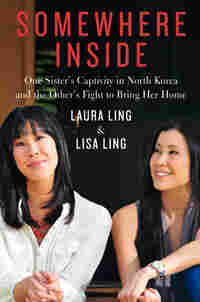 Somewhere Inside: One Sister's Captivity in North Korea and the Other's Fight to Bring Her Home
By Laura Ling and Lisa Ling
Hardcover, 336 pages
William Morrow
List price: $26.99

Laura and Lisa Ling's book about the five-month ordeal is called Somewhere Inside: One Sister's Captivity in North Korea and the Other Sister's Fight to Bring Her Home. Lisa Ling is also the author of Mother, Daughter, Sister, Bride: Rituals of Womanhood. She is the host of National Geographic Explorer and reports frequently for The Oprah Winfrey Show and CNN. Laura Ling is a reporter for Current TV, where she explores the effects of globalization.

Laura Ling: "We were covering a story about North Korean defectors, people who are fleeing the very desperate conditions in North Korea -- mass starvation, a brutal dictatorship -- and they're crossing over into China. Now many of these defectors are women, and many of these women are trafficked into really horrendous situations in neighboring China. They are forced into marriages. They are lured into the prostitution industry. And because China does not regard North Korean defectors as refugees ... they will send them back across the border to North Korea if they are caught. And that means that these people face certain punishment. They will be sent to North Korea's notorious labor camps and possibly face torture or worse. That's the story I was trying to bring to light for Current TV."

Laura Ling: "Foreign journalists who are working overseas often hire what we call fixers -- local guides in the area who have worked with other media entities before to help them with the story. And this is a man we had hired who had previously seemed very cautious. And there were some actions that were in retrospect very suspicious. ... We went to the river to film the thoroughfare where North Koreans are crossing into China. It was never our intention when we were there that morning to cross the [Tumen] River [that separates China and North Korea]. And our guide began making some low hooting noises across the border. ... Now previously, our guide had told us that he had connections in North Korea. Our guide was involved in smuggling goods himself. And so, in my mind, I thought he was trying to make a connection with some of the border guards that he knew. He said in the past that he had taken some media to actually converse with some of these border guards on the other side. And he continued to walk closer to the North Korean side of the river and he got to the other side, stepped foot on the soil and motioned for us to follow him, which we did. We ended up on the other side of the border, and he pointed out safe houses where defectors are kept until they're ready to be smuggled across the border. And really, it was about that time -- we were not on the soil for more than a minute -- when we knew we had to leave. And that's when we turned back and walked back across the ice to the Chinese side." 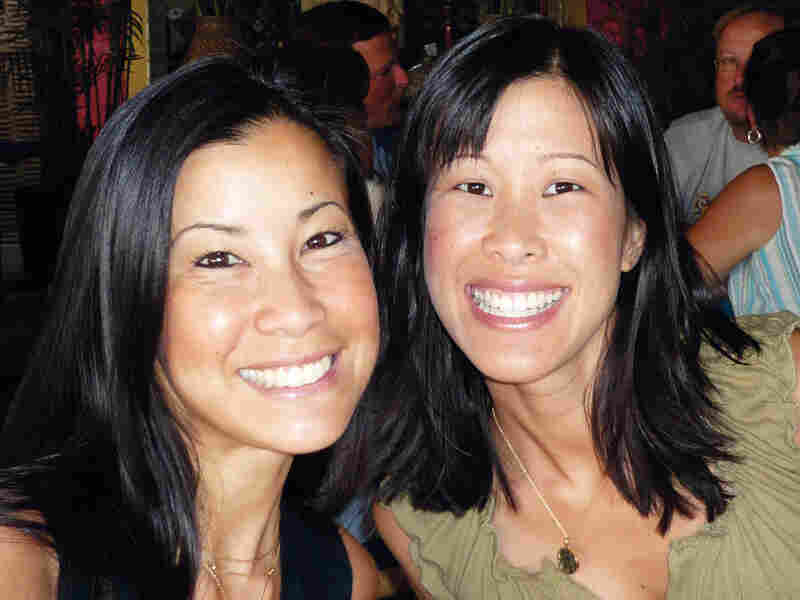 Lisa Ling (left) went on Larry King Live to plead for her sister Laura's release. She chose CNN, she writes in Somewhere Inside, because Kim Jong Il reportedly watches it in Pyongyang. Courtesy of Laura and Lisa Ling hide caption 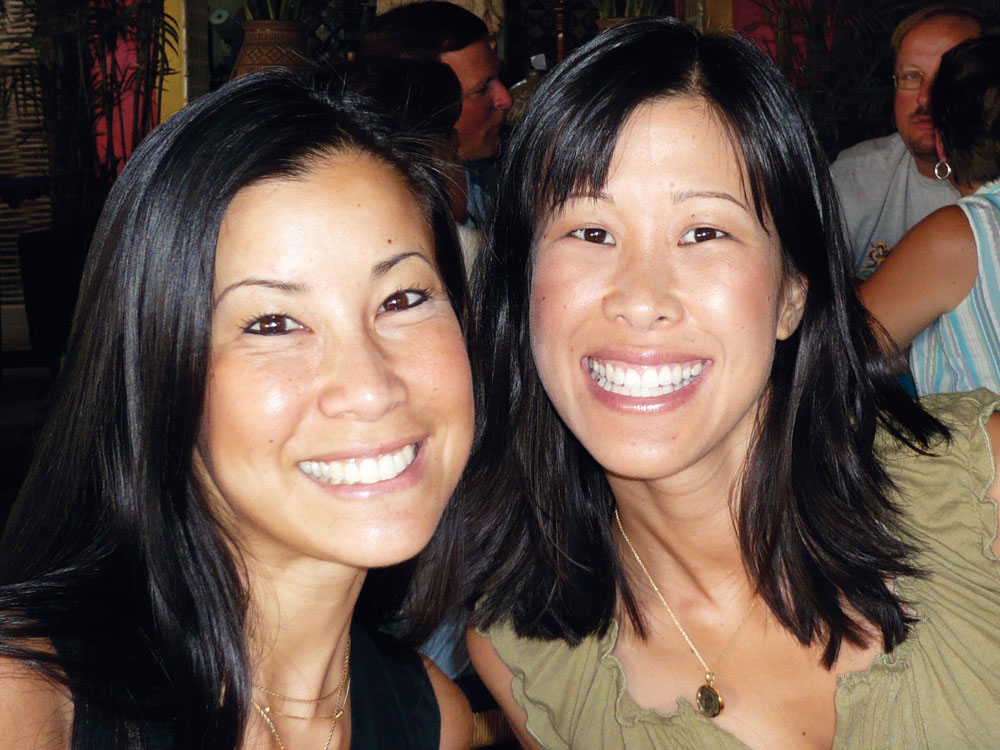 Lisa Ling (left) went on Larry King Live to plead for her sister Laura's release. She chose CNN, she writes in Somewhere Inside, because Kim Jong Il reportedly watches it in Pyongyang.

Courtesy of Laura and Lisa Ling

On what they initially told their captors

Laura Ling: "When we were initially caught, Euna had told our captors that we were students, that we were working on a documentary and were working on the piece about the border region and trade in the region. We knew that the subject we were covering -- North Koreans fleeing these horrible conditions in their country -- was not going to be looked upon well by our captors. And so we were hoping, while we were still on the border, that we might be able to convince them to send us back across the border to China. And that became very clear, after about 24 hours, that that was not going to happen."

On Lisa's reaction when she found out Laura had been detained

Lisa Ling: "I got a call at 2:30 in the morning on March 17 from my brother-in-law, Laura's husband, Ian. And he said, 'Laura has been abducted by North Korean border guards.' And that just sent a complete shock through my system because Laura -- there was never any intention to go anywhere near North Korea. Their assignment was to go to China and South Korea, so we were shocked. I knew the story they were covering, but I didn't think they were going to get close to North Korea. So Ian and I immediately -- I had Ian call our parents because we needed our mother to make contact with Chinese authorities in China, and she's proficient in Mandarin -- and I just started calling everyone in the diplomatic world that I knew. One of my first calls was to Richard Holbrooke, who was the U.S. special representative to Afghanistan and the most senior diplomat I know. And I wanted to get word to Secretary of State Clinton that this was happening. And one of the first calls we also made was to the chairman of Current TV, Laura's employer, [former] Vice President Al Gore. Because we felt like, if this was going to become the international incident that we thought it could, we needed Vice President Gore to help us."

Laura Ling: "I had tried to prepare myself for a lengthy sentence but nothing could prepare me for the verdict, when I heard the words '12 years.' And it was after the judge said '12 years,' he said, 'No forgiveness, no appeal.' And that really cut into me, because all along I had been hoping that there might be the opportunity for an appeal despite the long sentence. And I was wondering if those words meant that the window of opportunity had closed and my fate was sealed." 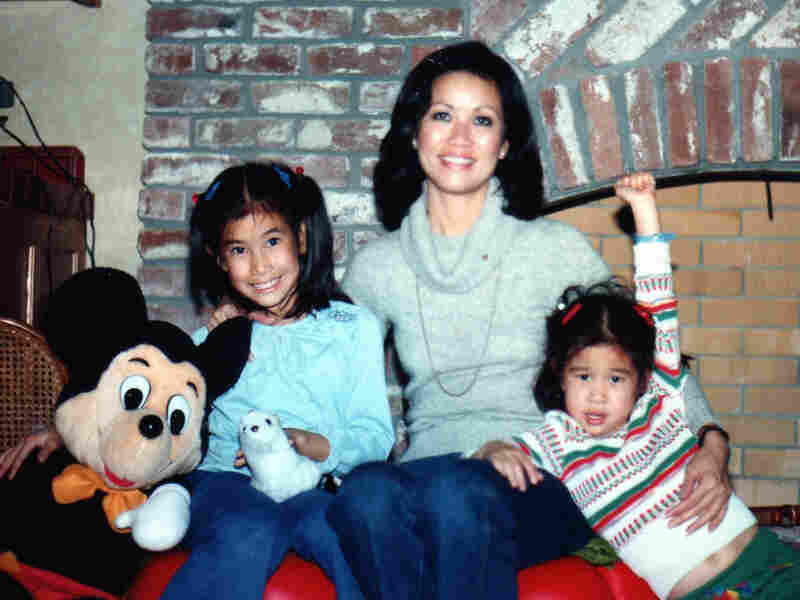 Lisa and Laura Ling grew up in Sacramento, Calif. The two sisters say the North Korean incident brought them closer together. Courtesy of Laura and Lisa Ling hide caption 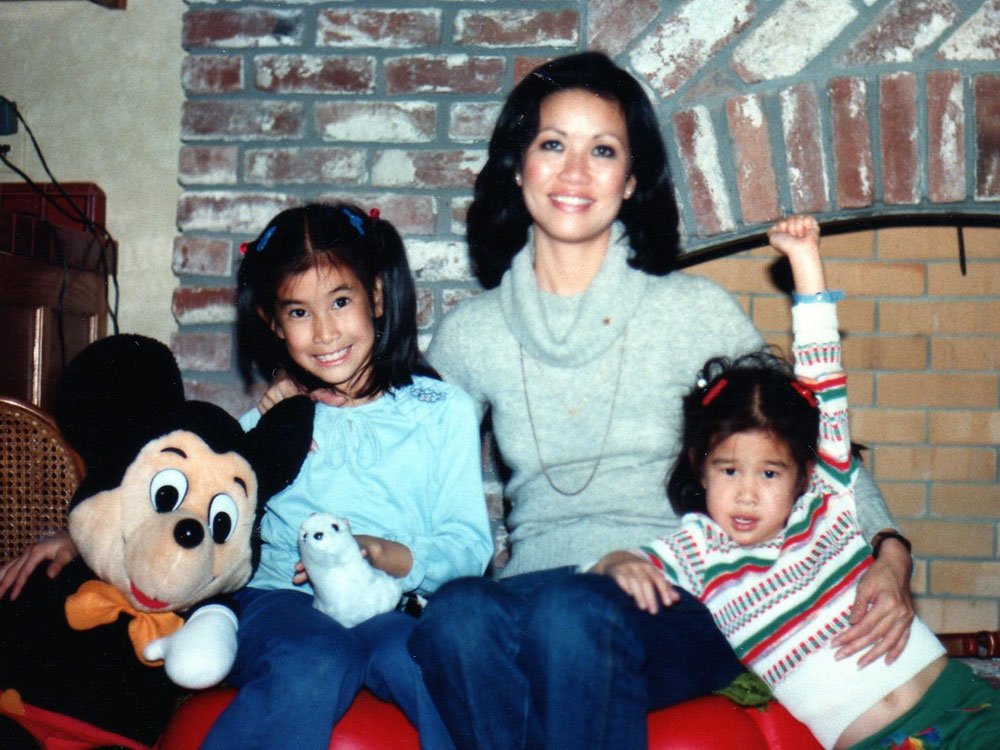 Lisa and Laura Ling grew up in Sacramento, Calif. The two sisters say the North Korean incident brought them closer together.

Courtesy of Laura and Lisa Ling

Lisa Ling: "We're so used to seeing a jovial character, and when he descended off that plane, just to see that completely deadpan expression on his face was so out of the ordinary."

Laura Ling: "And he later said that he, in fact, had to practice [his stoicism]. That Hillary and Chelsea had to coach him so that he could maintain that look of total stoicism. We also learned that there was a whole itinerary that the North Koreans wanted [President] Clinton and his team to attend, visits to various monuments -- a whole stadium filled with child acrobatic performers. And they had to be careful to walk that line and not attend any of those events so as not to seem like they were being chummy with the North Koreans or the North Korean leader. ... And I think they walked that line very well. They stuck to the mission at hand, which was to bring us home."

Lisa Ling: "No money was exchanged and no diplomacy was conducted. It truly was a private humanitarian mission." 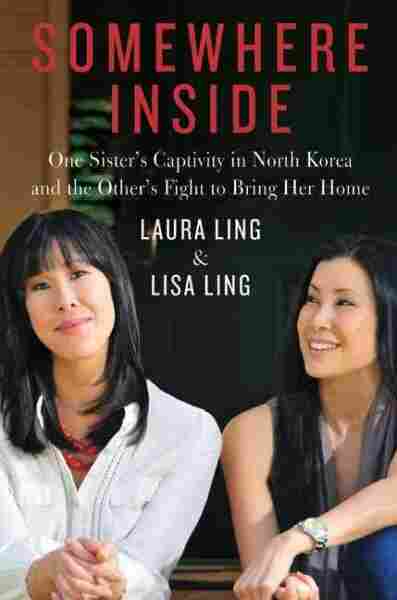 by Laura Ling and Lisa Ling