Accessibility links
Elections Raise Uncertainty in U.S.-U.K. Relations Britain's struggle to form a new government raises questions about the U.K.'s relationship with the U.S. and with its partners in the European Union. 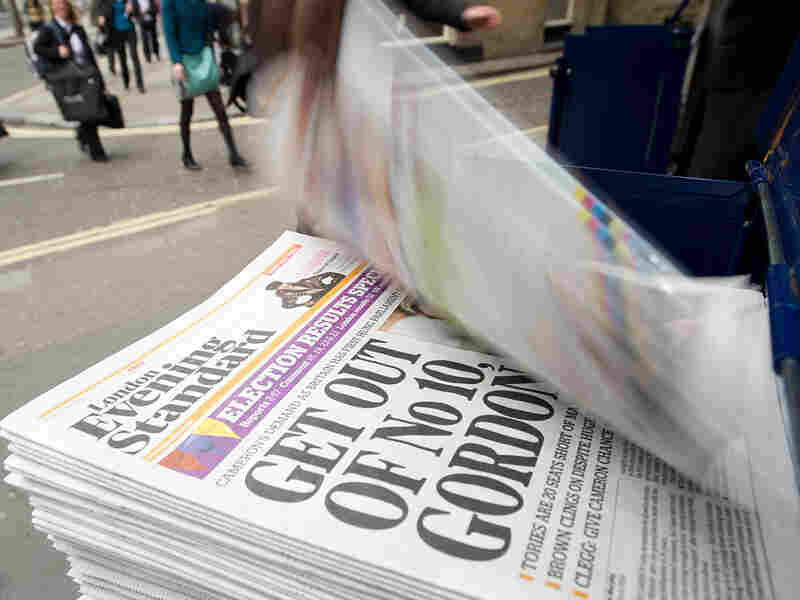 A British newspaper carries a headline ordering Gordon Brown to leave the prime minister's residence at No. 10 Downing Street. The question is, who will live there next? Leon Neal/AFP/Getty Images hide caption 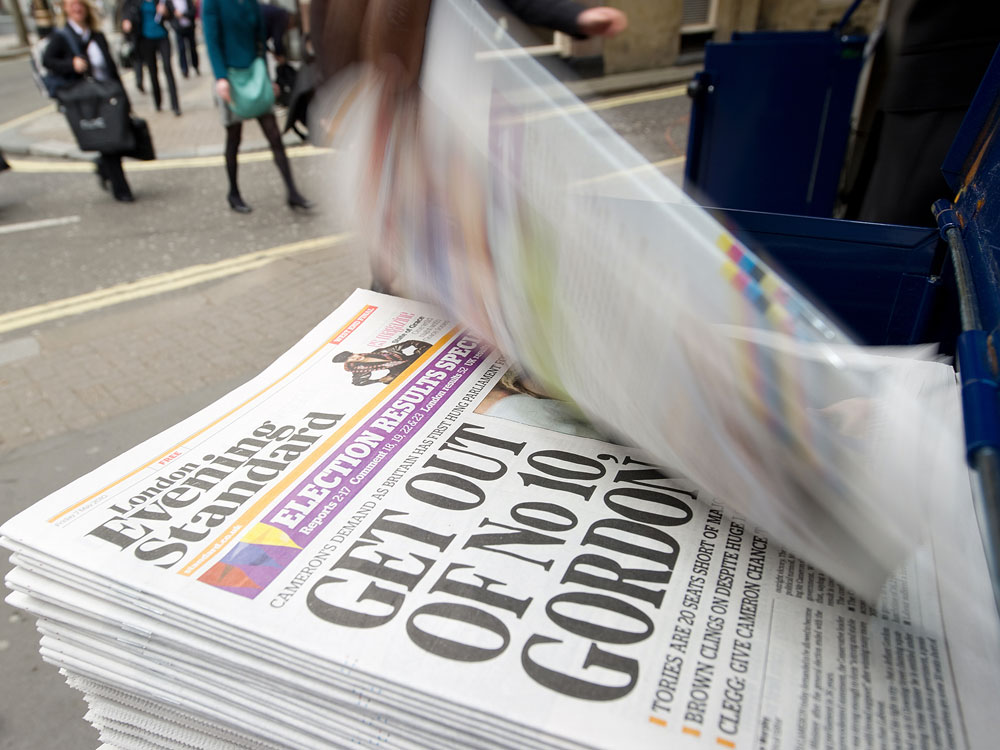 A British newspaper carries a headline ordering Gordon Brown to leave the prime minister's residence at No. 10 Downing Street. The question is, who will live there next?

While British politicians try to create a new government in the wake of Thursday's inconclusive national election, U.S. analysts are trying to gauge the effect the results may have on Anglo-American relations.

"I don't think that this period will affect the economy or the special relationship that we have, and we look forward to working with whoever is the new PM," said White House spokesman Robert Gibbs.

But analysts say the prospect of days -- possibly weeks -- of uncertainty and horse-trading in London to form a new government could unsettle financial markets and further erode British public support for the U.S. war in Afghanistan.

As expected, the ruling Labour Party lost seats, in part because of voter unhappiness with the weak economy and anger over the government's bailout of major banks.

The Conservative Party, the Tories, posted a solid gain in seats in Parliament but failed to gain an absolute majority. The result is a "hung Parliament," in which one of the big parties must form a coalition or try to rule as a minority government.

The problem is that the third-largest party, the Liberal Democrats, failed to win an expected surge in seats, which limits its value as a coalition partner.

"You could hardly have engineered a worse result," says Mark Blyth, a professor of international political economy at Brown University. "The minority doesn't have enough seats to effectively bribe the other parties into forming a coalition."

The Conservatives said Friday that they would try to form a coalition with the Liberal Democrats, but the two groups have deep policy differences, especially on the European Union and tax policy.

Fiona Hill, a senior fellow in foreign policy at the Brookings Institution, says one area of concern will be the new British government's attitude toward Europe.

The Tories have traditionally been "Euroskeptics," resistant to stronger political and economic ties to the European Union, while the Liberal Democrats favor greater integration with Europe.

Hill says the U.S. wants to see the European Union "step up to the plate," on a range of issues, from support of the war in Afghanistan to world economic recovery, and it needs British help to influence the EU from within.

"A Conservative Party that might have come out fists a-flyin' against the EU wouldn't be very popular with the U.S.," Hill says.

A 'Not So Special' Relationship?

Much has been made of the often-cited special relationship between the U.S. and Britain, a term introduced by British statesman Winston Churchill to describe the close historic and political ties between the two countries.

Both Blyth and Hill say that's increasingly a thing of the past. "It may have been special for the British," says Blyth, "but not at all for the Americans. Now it's no more special than the U.S. relationship with the Germans and probably less so."

As a result, says Blyth, the British public felt that it gained little from the support that the British government has given to the U.S.-led wars in Iraq and Afghanistan. Now the public has little interest in continuing the wars.

Another concern is that whatever government comes out of the current maneuvering will be an unstable one. Blyth says the new government will be forced to deal with a huge deficit by imposing spending cuts that will cause widespread pain, and that will kill its popularity.

He says the result could be something like what happened in 1974, the last time Britain had a hung Parliament. That government lasted for a tumultuous eight months before new elections were called.

Hill says this time "there will be a lot of pressure to find a stable solution. It's not in anybody's interest to do this all over again in six months."