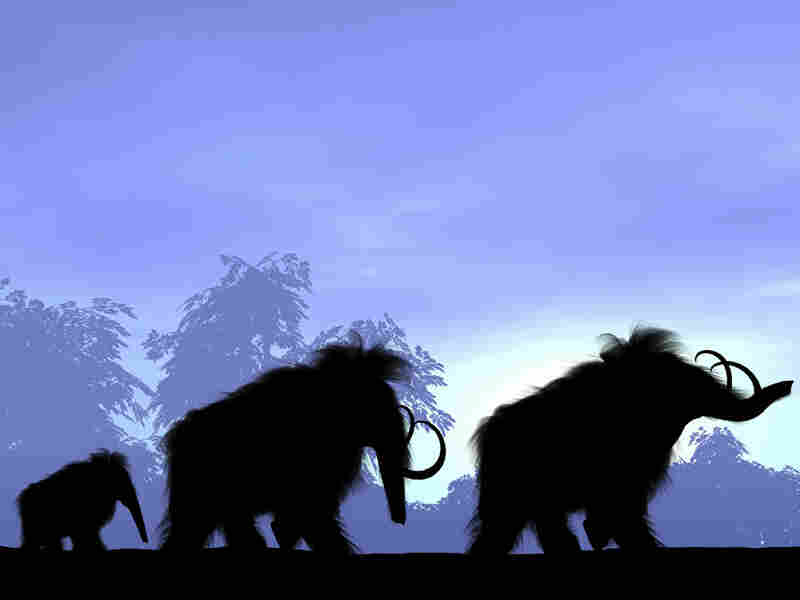 Woolly mammoths originated in Africa millions of years ago, and as the ice age set in, they migrated north, developing furry coats, smaller ears and smaller tails to conserve heat. iStockphoto.com hide caption 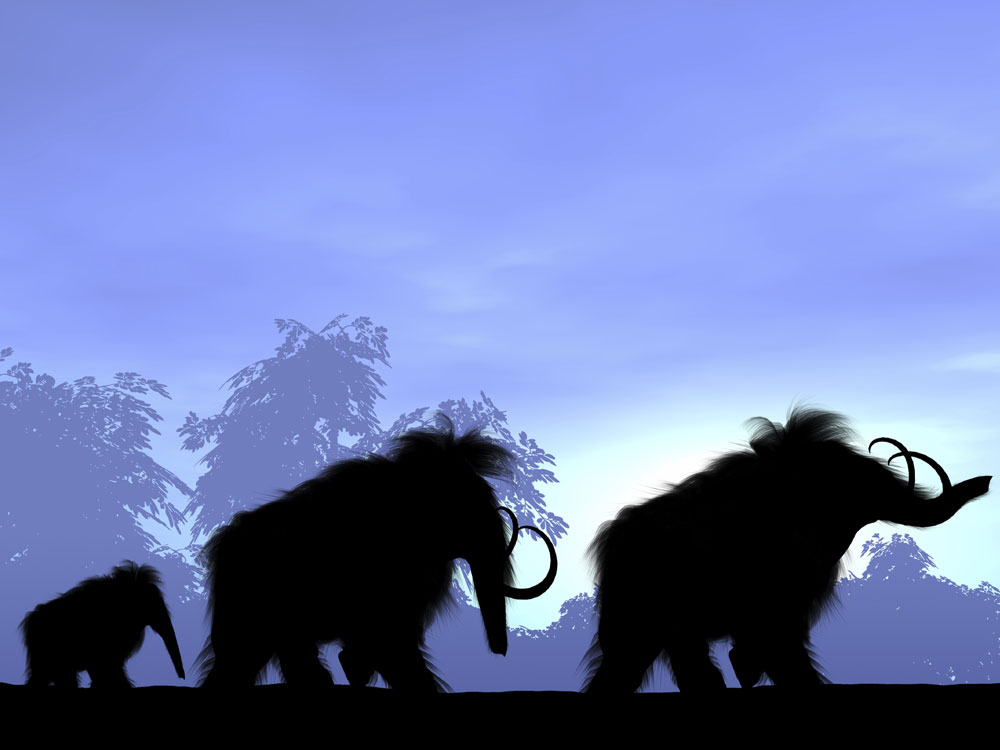 Woolly mammoths originated in Africa millions of years ago, and as the ice age set in, they migrated north, developing furry coats, smaller ears and smaller tails to conserve heat.

The last woolly mammoth died thousands of years ago. But a tiny part of those long-gone animals lives again, thanks to scientists at the University of Manitoba.

A team led by biology professor Kevin Campbell has managed to re-create mammoth hemoglobin -- that's the part of the blood that carries oxygen from the lungs to the rest of the body. Campbell calls it "virtual scientific time travel." And that resurrected hemoglobin provided important information on how mammoths stayed alive in the ice age chill.

Mammoths are basically furry elephants. They originated in Africa millions of years ago, and as the ice age set in, they migrated north, developing furry coats, smaller ears and smaller tails to conserve heat. Campbell says that's pretty much all anyone knew about how mammoths kept warm.

"That's all we were able to determine from what we could see with our eyes," he says.

While scientists can study the structure of an extinct animal, they have no way of knowing what went on inside it. Hemoglobin does not fossilize like bones and teeth, Campbell says. Campbell likens the situation to finding a baseball on the ground: You can study the stitching or the stuffing, but you just can't tell how the baseball got there in the first place.

Campbell and his team were able to extract DNA from three woolly mammoths preserved in the Siberian permafrost. And because mammoths are so similar to elephants, he was able to modify living elephant DNA, letter by letter, to make working mammoth genes. He inserted those genes into E. coli bacteria.

Then, Campbell says, "the E. coli simply followed the recipe" and made mammoth hemoglobin that did "everything it would have done if it had been inside a mammoth."

What it did was startling. In humans, hemoglobin gets almost sticky in the cold; it can pick up the oxygen but has trouble delivering it. That's part of why we get frostbite: Our fingers and toes are starving for oxygen. Humans expend a lot of energy to warm up those fingers and toes before the oxygen starts flowing again.

But mammoths had evolved so that their hemoglobin released oxygen easily even at very low temperatures. That meant mammoths could avoid frostbite and save energy, helping them survive on the frozen tundra.

But if you're expecting to see a complete mammoth anytime soon, Campbell says don't hold your breath. The job is just too big.

"Bringing a mammoth back is an entire baseball season," Campbell says. "You can imagine how many pitches are thrown. What we did was the opening day pitch. One protein to one mammoth is a very, very large step ... I would love to see a mammoth, but I'm not sure if I will."