Accessibility links
Americans Don't Fall For Spin During A Crisis One botched crisis can make a huge difference in the public's view of a president. This week, President Obama is juggling two acute crises, the oil spill in the Gulf of Mexico and a terrorism plot in Times Square. Whether the country approves of his actions could color the rest of his term. 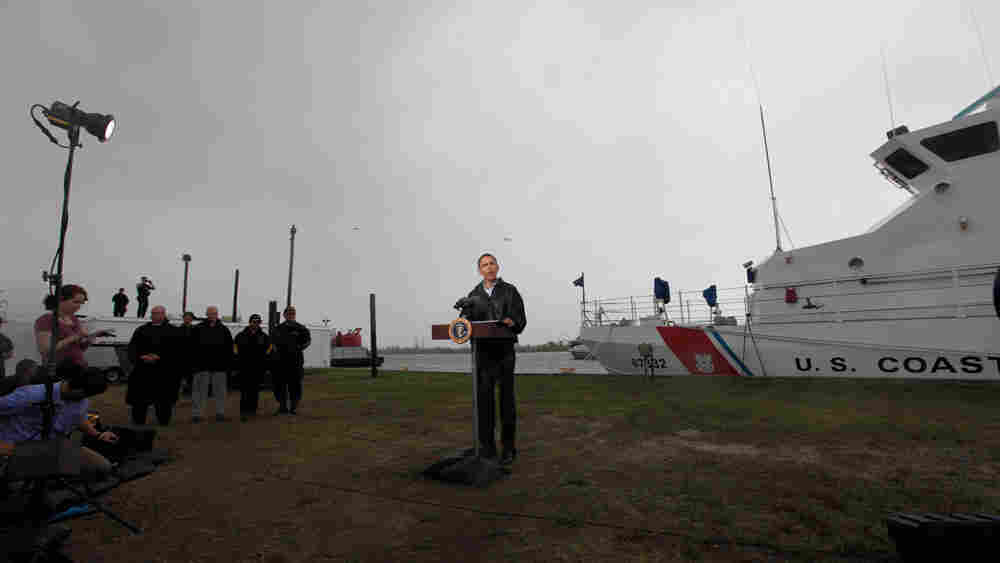 "Every American affected by this spill should know this: Your government will do whatever it takes, as long as it takes, to stop this crisis," President Obama told reporters last week in Venice, La. Charles Dharapak/AP hide caption

One botched crisis can make a huge difference in the public's view of a president. This week, President Obama is juggling two acute crises, the oil spill in the Gulf of Mexico and a terrorism plot in New York's Times Square. Whether the country approves of his actions could color the rest of his term.

The Bush presidency, for example, never fully recovered after Hurricane Katrina. Jimmy Carter's poll numbers -- and his presidency -- hit a turning point during the Iran hostage crisis. Carter's approval ratings flopped permanently, but not immediately. Andrew Kohut from the Pew Research Center says the response to Carter's reaction was a very positive one at first.

"His approval ratings soared," Kohut says, "from a 30 percent level to a 55, 60 percent level. It was one of the biggest jumps we'd ever seen."

Kohut says the moral to the story is this: "The public is always willing to give the president credit for trying, especially in the initial time period when an acute problem occurs."

But the instinct to support the president doesn't last forever. Patience runs thin, and results matter. How do Americans make a collective decision about whether a president has succeeded or failed in a crisis? 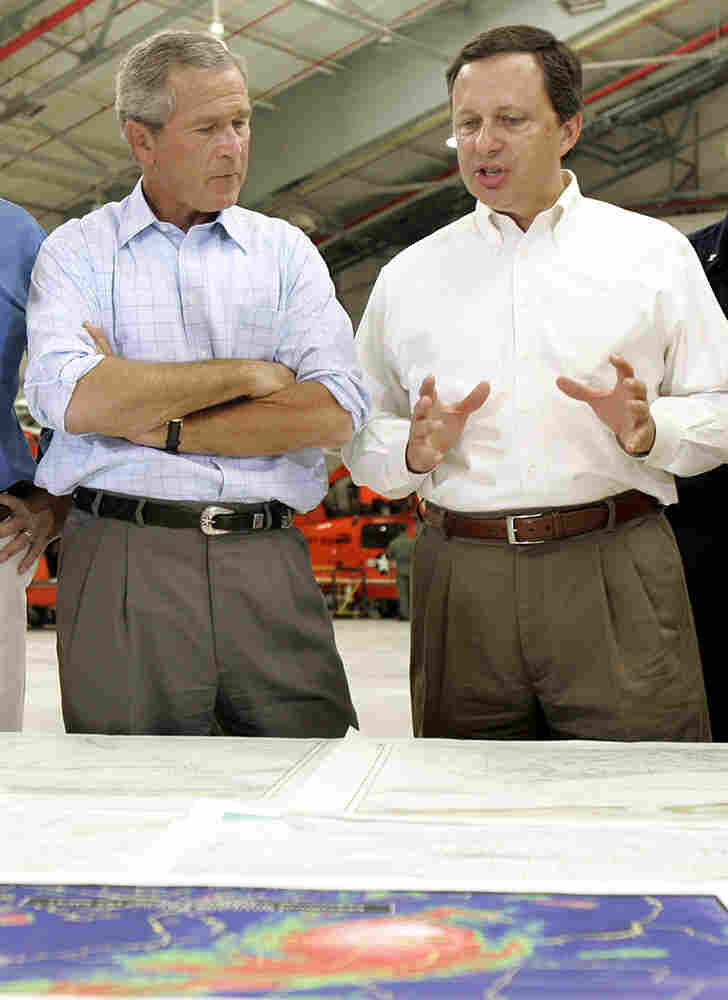 The Bush administration seemed completely unprepared for Hurricane Katrina, and one moment seemed to sum it all up: when the president lavished praise on Michael Brown, the embattled head of the Federal Emergency Management Agency, telling him, "Brownie, you're doing a heck of a job." Susan Walsh/AP hide caption

Among almost a dozen experts, from Republicans to Democrats, pollsters and spin doctors, each person gave the same answer.

Crisis consultant Lanny Davis, who worked in the Clinton White House, called it a "dog bites man" story that people in politics too often ignore. If you want to appear successful, he says, then you need to actually succeed.

"The misconception is that the message is the solution," he says. "And it's not only a misconception; it's a trap that crisis managers as well as people in the White House can easily fall into. You lose sight over what the American people are looking for: solutions."

Despite the professional consensus that results are more important than images, people inside the Obama administration are not taking any chances with their messaging.

At a time when confidence in government is lower than it's been in decades, the Obama administration is on a mission to restore Americans' faith in their elected representatives. So this messaging project is bigger than the crises at hand -- it's about conveying competence on a large scale.

Immediately after police arrested a suspect in the Times Square bomb plot, Attorney General Eric Holder called a press conference. That isn't unusual, but this press conference was at 1:30 in the morning.

"The American people should know that we are deploying every resource available, and we will not rest until we have brought everyone responsible to justice," Holder announced.

If spin really is less important than results, why the devotion to messaging? Chambers believes the relationship between the government and the people is like a marriage. She says doing nice things for your spouse is not enough.

"When we do something good, we need to be able to tell the other person, 'Hey, you may not know this, but I went and took out all the trash without you telling me,' " Chambers says. "So it's very much like communicating to our communities and just letting them know what's going on."

The pitfall is if a president tells the country he has taken out the trash -- but the garbage is actually still rotting in the corner of the kitchen.