Accessibility links
Radmilla Cody: Two Cultures, One Voice Her mother was Navajo, her father African-American. Now, she sings traditional songs in the language of her Native American ancestors -- with more than one twist. Cody lends her soulful, bluesy voice to speak out against domestic abuse. 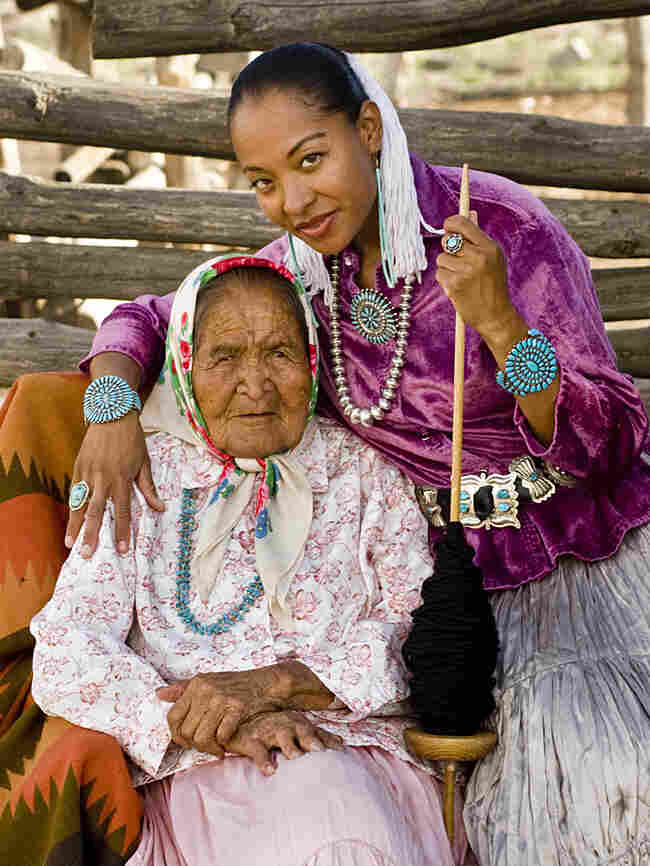 Radmilla Cody and her grandmother, photographed in 2006. John Running/Courtesy of the National Museum of the American Indian hide caption 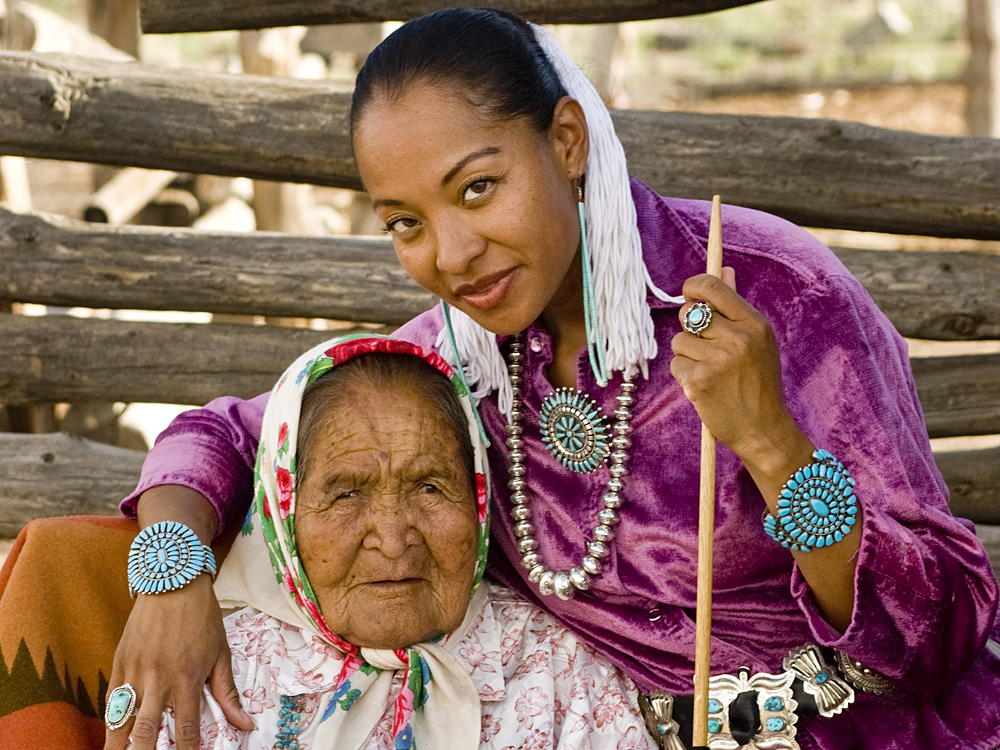 Radmilla Cody and her grandmother, photographed in 2006.

John Running/Courtesy of the National Museum of the American Indian

Keyah Baa Hózhó - My Country This of Thee

Radmilla Cody says her singing career started in a sheep corral behind her grandmother's home on the Navajo reservation near Flagstaff, Ariz.

Her first audience was the sheep. Her inspiration came from what she saw and heard around her.

"When you're way out in the middle of nowhere, and you're herding sheep, and you're spending time jumping over the salt bushes and sitting around listening to all the beautiful sounds of nature, something's going to make you open your mouth," Cody says.

Cody's voice is bicultural. Her mother was Navajo, her father African-American. Now, she sings folk songs in the language of her Native American ancestors -- with a twist.

Her mom was just a teenager when Radmilla was born, so she was raised by her Navajo grandmother. There was no electricity or running water, and young Radmilla Cody lived a very traditional life, learning to herd sheep, spin wool for clothing and cook meals using only what they grew or raised.

That traditional Navajo foundation was augmented by one additional cultural factor: Cody's grandmother was Christian.

Cody's two cultures come together on her albums. There are traditional songs as well as songs written by her uncle, Herman Cody.

Speaking from his home near the center of the 26,000-square-mile Navajo reservation, Herman Cody says the songs he writes for his niece are secular interpretations of sacred ceremonial songs. From the beginning he had one goal.

"We're going to make these albums just as grandpa would walk behind the hogan, sit down, start making a moccasin," Herman Cody says. "And then, he just goes at it."

That singing usually comes from a man, and it's usually a monotone, with almost no flourishes. Radmilla projects more and uses techniques like bending notes: common among blues, jazz and pop singers.

Herman Cody says her voice brings together the traditional and the contemporary.

"She tends to blend both of them in there to where she can sing a traditional song and give it a soulful approach," he says. "That's what makes it sound so unique."

It adds what he calls "Navajo soul" to Navajo spirituality.

"I think the soul comes in from the black side," Radmilla says, laughing, "and with the Navajo [side], just the beauty and the language in itself."

Radmilla Cody's connection to singing deepened during the 18 months spent in prison for not reporting a boyfriend's drug dealing.

"The music did not desert me," she says. "It remained there in my life. And I think that in a lot of ways it was because the spirit in those songs knew that I needed -- I needed them."

Cody says she was afraid to report her boyfriend because he hit her. Today, she lends her voice to help other victims of domestic abuse and to help keep the Navajo language alive.

She has her grandmother to thank for that connection to the language. Dorothy Cody is 95 years old now. She still lives in the same house where she raised Radmilla.

She says she is proud her granddaughter is taking the Navajo language well beyond the reservation. Radmilla translated for her.

For Radmilla Cody it comes down to two languages, two cultures and one voice.