Accessibility links
Having Judged Not, How Will Kagan Be Judged? If Elena Kagan is confirmed, she will become the first Supreme Court justice in four decades to ascend to the high court with no previous judicial experience. Is this a big deal? It depends on who's doing the talking. But historically, dozens of justices have taken nonjudicial paths to the Supreme Court.

Having Judged Not, How Will Kagan Be Judged?

Having Judged Not, How Will Kagan Be Judged?

If Solicitor General Elena Kagan is confirmed, she will become the first Supreme Court justice in four decades to ascend to the high court with no previous judicial experience.

Is this a big deal? It depends on who's doing the talking.

Conservative groups looking for traction against the former Harvard Law School dean, nominated Monday by President Obama, have made her lack of experience on the bench a centerpiece of their early lines of attack.

But even conservative legal scholars say that the criticism is a stretch, given that the last high court member with no previous judicial pedigree was the late Chief Justice William Rehnquist, a conservative icon. And that, historically, scores of distinguished justices of all political leanings -- from conservative Robert Jackson to liberals Earl Warren and Hugo Black -- took nonjudicial paths to the Supreme Court.

Nominees With No Robe

Of the 111 justices who have served on the Supreme Court, 41 came in without judicial experience. Here are three notable examples from the second half of the 20th century:

William Rehnquist: President Nixon nominated Rehnquist for the Supreme Court in 1971, and in 1986 Rehnquist became chief justice of the court. As chief justice, Rehnquist led a five-judge conservative block that reduced the reach of the federal government. Before his Supreme Court nomination, Rehnquist was assistant attorney general in the Justice Department's Office of Legal Counsel.

Earl Warren: When President Eisenhower appointed Warren to be chief justice in 1953, the president had expected the three-time Republican governor of California to lean conservative. He was wrong. The liberal Warren presided over landmark decisions like Brown v. Board of Education.

Lewis Powell: Known as a consensus-builder, Powell was often the swing vote during his tenure in the 1970s and '80s. As such, his was the deciding vote in many significant court decisions. When Powell was originally nominated by Nixon, he was one of the more conservative members of the court. But as the dynamics of the court changed, his ideology was viewed as more moderate.

"I don't believe that previous judicial experience is a necessary qualification for service on the court," says Rick Garnett, a University of Notre Dame Law School professor and member of the conservative Federalist Society.

"After all, I clerked for Rehnquist," he says. "There are plenty of ways to develop the kind of chops needed to do the hard work of a judge."

Indeed, the perception that nominees must have judicial experience is only a relatively recent one, historians say. Though all of the current justices came from the federal bench, 41 of the 111 justices in the history of the Supreme Court came to the job with no judicial experience.

But the trend since the 1970s, says court historian David Alistair Yalof, has been for presidents to draw nominees from the ranks of those already "cloaked in this norm of judicial experience" -- no matter how limited that experience may be.

Yalof and other court watchers say that scales have tipped in favor of nominating current judges because it delivers a serving of confidence to the president who makes the nomination and the senators who will consider it. This can help streamline the confirmation process.

Nominees from the federal bench have already been approved by the Senate committee itself for a lifetime appointment and been given the American Bar Association stamp of approval, Yalof notes.

"It seems that if the nominee comes from the federal court, the Senate Judiciary Committee can just check that box," says Yalof, a political science professor at the University of Connecticut and author of Pursuit of Justices: Presidential Politics and the Selection of Supreme Court Nominees.

Experience Not A Sure Predictor Of Success

History provides plenty of evidence, however, that judicial experience may be no predictor of who will flourish on the high court and who will fail.

Consider Charles Whittaker: A conservative corporate lawyer by trade, he served on the U.S. District Court for the Western District of Missouri and the 8th Circuit Court of Appeals before being named to the Supreme Court in 1957 by President Eisenhower.

"He left five years later, overwhelmed by the task and considered a failure," Yalof says. 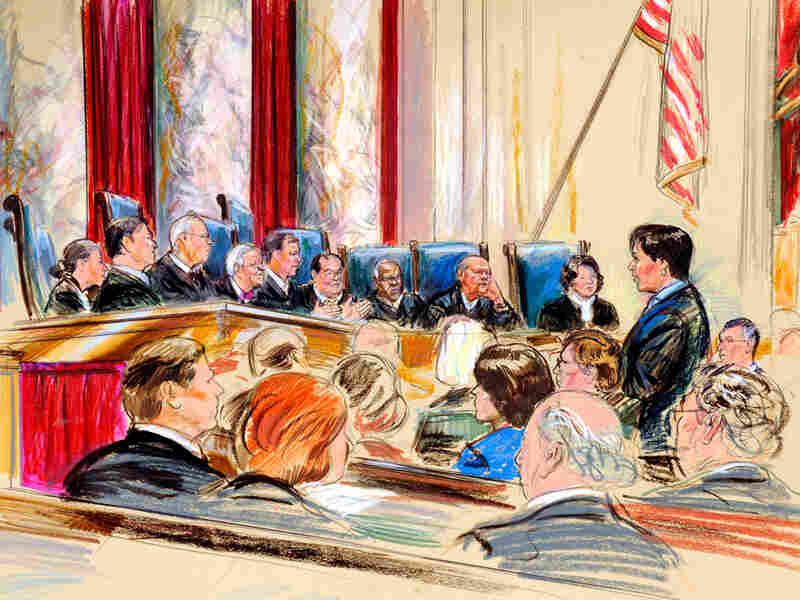 Similar examples are not difficult to find, Yalof says, mentioning the "highly undistinguished" Sherman Minton, an eight-year federal appeals court judge appointed to the high court in 1949 by President Truman.

"The notion that judicial experience is necessary for the Supreme Court has no basis in history," he says. "I think that the court has worked best when it's had a mixture of people."

Sen. James Inhofe, a Republican from Oklahoma, has already said he will oppose Kagan's nomination on the grounds of her "lack of judicial experience and her interpretation of the Constitution."

And as the message machines crank up for Kagan's confirmation hearings this summer, conservatives such as Ed Whelan of the Ethics and Public Policy Center are expected to continue to characterize the 50-year-old New York native as -- his words -- "the nominee with the least amount of relevant experience" in 50-plus years.

That argument, says constitutional scholar Neal Devins, will only find traction in the unlikely event that Kagan missteps during her hearings before the Senate Judiciary Committee, and conservatives find a way to link that with her lack of experience on the bench.

"The argument has no principled legs," says Devins, a law and government professor at the College of William and Mary. "But it could be used to create momentum against her if something else comes up."

Not something ideological, he says, but something that suggests she doesn't understand the job of a judge, or the judicial craft.

Some have argued Kagan's lack of judicial experience means that insight into her legal reasoning is hard to come by.

Erwin Chemerinsky, a dean of the School of Law at the University of California, Irvine, says that the lack of a paper trail of prior judicial opinions to scrutinize "will make it harder for Republicans to oppose her."

But activists on the left have expressed their own concerns about the dearth of information about where Kagan stands on issues including abortion, gay rights, gun control, affirmative action, presidential powers and the death penalty.

Some leaders in the progressive legal community, many of whom would have preferred federal appeals court Judge Diane Wood as Obama's pick, said privately Monday that Kagan's lack of a substantial written record on key issues has alarmed them -- particularly since, if confirmed, she would replace liberal Justice John Paul Stevens.

Garnett, the Notre Dame professor, says Kagan is by no means coming into the hearings with a blank slate. She has been a First Amendment law scholar, given testimony in her confirmation hearings for solicitor general, worked for the Clinton administration, written legal briefs and done consulting work, he says.

"It's not like somebody who is coming in with 10 years on the bench, but when you're a legal scholar, you have to put your views down on paper and own them," Garnett says.

Last year, seven Senate Republicans joined their Democratic counterparts to confirm Kagan as solicitor general by a vote of 61-31.

The fact that 31 senators voted against the president's pick, Devins says, reflects the political polarization in the Senate, a now-persistent condition that is reflected in the emerging attack on Kagan's level of experience.

"It speaks to the fact that the Senate doesn't operate in a bipartisan way, and they are simply looking for some make-way for a 'no' vote," he said. "I don't think it speaks to her qualifications, or that it will have any salience."

For Yalof, the nomination of Kagan presents a back-to-the-future scenario: a throwback to a time, not so long ago, when already being a judge wasn't a unwritten prerequisite for the high court, and "proper experience" meant something quite broader than that conferred by a robe.

"It seems a return to what we thought was a bygone era," he says.