Accessibility links
Thank You: To All The Mothers Without Children On Mother's Day we fete the women who gave us life. They get flowers, gifts and brunch at a fancy restaurant. It's all deserved. But what about the other women who helped raise us? The childless aunts and female friends who stepped in to help when our parents couldn't or wouldn't? It's time we gave them their due. 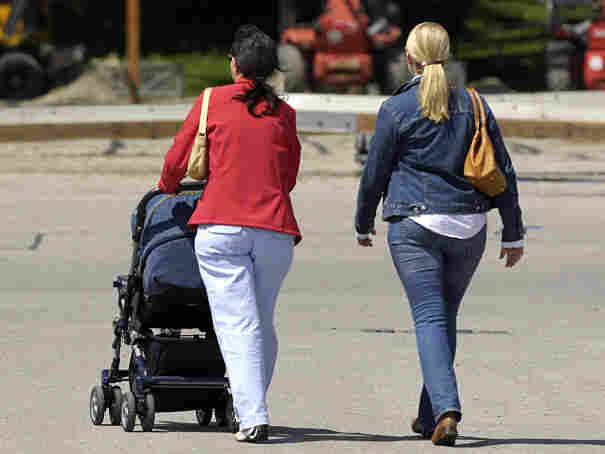 Mother's Day has passed and now Michel Martin would like to praise Mothers Without Children. These women take part in raising a child when the parents need a hand -- though they are rarely celebrated with flowers or cards. iStockphoto.com hide caption 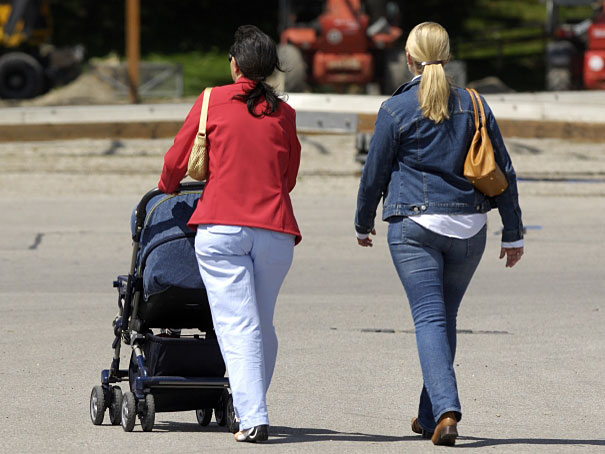 Mother's Day has passed and now Michel Martin would like to praise Mothers Without Children. These women take part in raising a child when the parents need a hand -- though they are rarely celebrated with flowers or cards.

Finally, Mother's Day was Sunday, and while I had a nice one -- thank you, family -- today I want to sing the praises of all the women I will call Mothers Without Children. By that I mean all the women who were not able to have children or chose not to or just didn't, but who step in and step up, even though they don't usually get the flowers, the cards or the brunch.

I'm thinking of the aunties who bought the graduation shoes you wanted and could not afford, or who took you out to lunch or the ballet or to church -- just you -- and made you feel special. I'm thinking about your mom's friend who smoothed things over when you got caught making out with your boyfriend when you told her you were at the library, or the one who sat though your soccer games and birthday parties and really looked like she was having a good time.

I'm thinking about your girl pal who shows up with a latte and takes your kids to the park just when you can't take one more sibling squabble or when that big report is due. I am thinking about the women who take nieces and nephews on college tours and on camping trips and, sometimes, go all in and take kids home, for a month or a year or forever, when the men and women who created those children just cannot do what they are supposed to do.

It goes without saying that women who are not raising children have long been expected to act as caregivers to someone, especially the elderly, and often they have not received any appreciation for that often challenging and lonely work. But caring for parents is inextricably intertwined with history, culture and even faith, so that's a different thing -- an important thing, but a subject for another day.

Today I want to focus on the women who are mothers at heart, even though children did not come to them. In this country, where we are expected to hold more tightly to ambition than to family, where we have the freedom to move far way from family both physically and emotionally, raising a family of one's own can be a very lonely thing, and these women, these sister friends, make each family less of an island.

I want to sing their praises because these are the women who show up when the rest of us can't or won't -- too busy with our own kids or because we just cannot figure out how to get it all done. Much is often made of the moms who transform their advocacy for their own kids into activism. But what about a word of thanks for the people who get involved, not for the sake of their children, but for the sake of yours and mine?

Dorothy Height was such a woman. That civil rights icon was laid to rest recently, and many of the tributes to her focused on how she was the only woman among the leaders of the big six civil rights organizations. But I like to remember her for the way she showed up just because someone wanted her to, or needed her to. When we first started this program and were asked to do some test shows before going on the air full time, she was there. She sat for an interview, through all of our little technical glitches and retakes, without complaint, and took it as seriously as if she were talking to millions of people, when really it was only us. She showed up to help out.

Would she have done all that, would she have had time to do all that, if she had been raising a family of her own? I don't know. Many accomplished women do. And this is not to take anything away from today's involved husbands and fathers. But I don't think I am saying anything too original to point out that women are still, for the most part, on the front lines of caregiving, and thus they are the ones who are most likely to be going crazy at any point figuring out how to be in three places at once.

So that's why today I want to say a special word of thanks to those who are not raising their own children but are helping to raise everyone else's. They are not childless or child free. No, they are special envoy moms, perhaps mothers without portfolio -- mothers at heart.