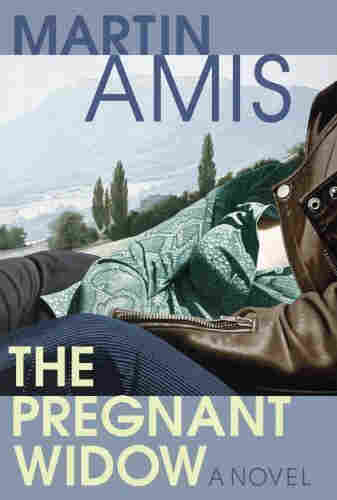 In 1970, Keith Nearing, the 20-year-old English lit student at the center of Martin Amis' 12th novel, spends the summer in a castle in Campania, Italy, with his on-and-off girlfriend and a group of friends. They talk and lust and couple and recouple as they try to figure out who they are while navigating the turbulent, uncharted waters of the sexual revolution. It's a summer that has lasting effects on all their lives, and which Keith only manages to sort out more than 30 years later. The Pregnant Widow is part Decameron, part Big Chill and combines trenchant commentary on the enormous social changes of the 1970s with a meditation on aging. 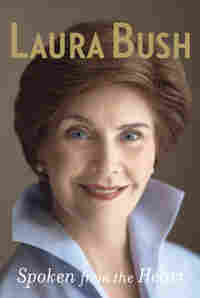 Author Interview: Laura Bush, From West Texas To The White House May 6, 2010

Spoken From The Heart

There was plenty of joking by the end of George Herbert Walker Bush's four years in office that his wife, Barbara, would have done a better job had she been president. That feeling was less pervasive during Bush 43's eight-year term, but Laura Bush probably would have gotten significantly higher approval ratings than her husband had anyone wanted to poll the question in 2008. On TV, the first lady came across as well read, forthright and loyal to her husband and her country. And so she is in her autobiography, Spoken from the Heart. The book takes Laura Welch from her childhood in Midland and El Paso, Texas (where her dad sold auto financing and then built homes that the family serially moved into), through college years and work as a teacher and librarian, a whirlwind romance with "Midland's most eligible bachelor," and finally to life among one of America's most prominent families and her years in the post-9/11 White House.

The autobiography is an easy read; Laura Bush has a fine memory and is a good writer. As a Texan, storytelling seems to come naturally to her. A small-town librarian caught up in the strong currents of the Bush family's rise to power, she fills the role of outside observer naturally. But she is no dispassionate neutral. Public disaffection or media criticism of the Bush men in her life is invariably described by her as unfair and unfounded. This undermines her credibility on the political front. In Laura's world, Republicans are good and Democrats are duplicitous. During her husband's second term, Abu Ghraib, the president's response to Hurricane Katrina and the deteriorating war in Iraq spur much of the country to turn on him. For Laura Bush, this is unwarranted and unjust. She knows in her heart that both of them are doing the best they can. She lifts up the surge in Iraq as evidence of the president's unwavering belief in what he's doing, no matter the political cost. And in this, she's right. -- Wade Goodwyn, NPR correspondent, Dallas 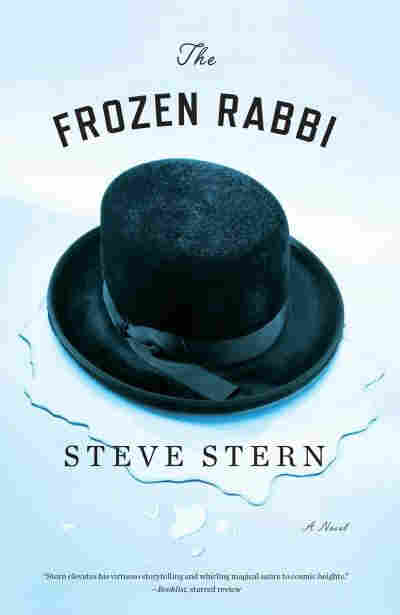 Memphis-born novelist Steve Stern says that growing up, he didn't get exposed much to Jewish tradition. You wouldn't know that reading The Frozen Rabbi. It mimics centuries of Yiddish writing, both in subject and style. In fact, before it became a book, the story was serialized on a daily website, in the same way Jewish-American writers first published their own tales 100 years ago in Yiddish newspapers. In The Frozen Rabbi, a miraculously preserved 18th century rabbi reanimates in the basement of the 21st century family whose ancestors acted as his protectors for several hundred years. Stern's story pingpongs back and forth in time as the nebbishy teenage son, Bernie Karp, reads the text that accompanied the rabbi. He learns that the old man had plunged into a pond in the old country and was flash-frozen. The story splits into Bernie's awakening to love and the world, and the improbable rise of the Rabbi-on-Ice as a born-again Jewish evangelist.

Steve Stern sure can write a snappy sentence. And I have nothing against snappy sentences. I'm happy to tag along as Stern's joy overflows and pours into countless whirlpools of self-indulgence, each more improbable than the last. I found this multigenerational fantasy infectious. Yet, while there are some fine jokes and brilliant passages in The Frozen Rabbi, there are, alas, few believable characters. Oh, and the whole story goes nowhere. Stern manages to playfully capture Yiddish syntax with such precision that you might think the author had just been unfrozen from the 18th century himself. Where his encyclopedic knowledge of Jewish fiction comes from I do not know, but let's just agree he's read a lot of Isaac Singer and Sholem Aleichem. The Coen Brothers, fresh off another suburbia-meets-shtetl concoction in A Serious Man, might want to option this book -- and get out their rewrite pens. -- Art Silverman, senior producer, All Things Considered 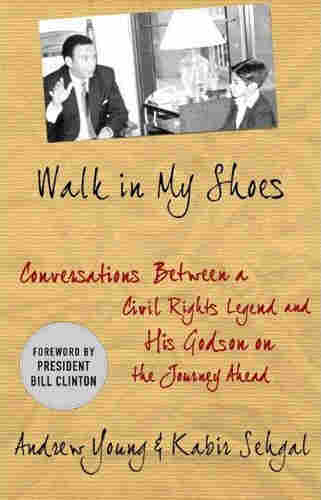 Walk In My Shoes

By Andrew Young and Kabir Sehgal

Opinionated and at times brash, Andrew Young acted as a sort of conscience of the American civil rights movement, challenging it when it got too heady, always questioning the tactics and mission in order to refine and improve. He did this from within; Young was one of Martin Luther King Jr.'s closest advisers and friends, and King counted on him to take the contrarian view in strategy discussions. In Young's new book, co-written with his godson Kabir Sehgal, he explains to Sehgal that acting behind the scenes is the best way to get things done. "You can accomplish anything you want in life," he says, "as long as you give other people credit." Young's conversations with Sehgal are told in a Tuesdays with Morrie style -- experienced sage passing on guidance to an eager student. They discuss leadership, racism, love, Barack Obama's presidency and more. Reflecting on experiences as a preacher, U.S. congressman, U.S. ambassador to the U.N. and mayor of Atlanta, Young also shares his candid thoughts on why Jimmy Carter belongs alongside America's greatest presidents, how his principles would allow him to forgive al-Qaida terrorists and whether it is really possible to end racial discrimination.

Sehgal did all 20-somethings a favor by writing this book. His godfather's comments, although sometimes controversial, are penetrating and superbly relevant, particularly to those looking for a purpose in their lives. Always listen first -- to yourself and to others -- and don't try to do too much too quickly. That may sound like odd advice for someone with Sehgal's already long list of accomplishments -- Ivy League graduate, author, entrepreneur, professional musician. Young presents an odd dichotomy, at once patient and forgiving but also blunt and practical. One can see how he helped shape the civil rights movement, and how it also shaped him. His most valuable lesson from those days might be this: 'Don't get your 15 minutes of fame until you know what you want to say and who you are.' At a time when celebrity is often more valued than making a difference, this is wisdom indeed. -- Rachel Estabrook, reader, The Diane Rehm Show 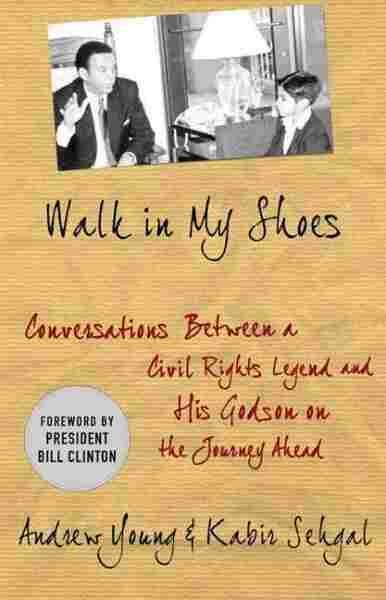 Walk in My Shoes

by Andrew Young and Kabir Sehgal 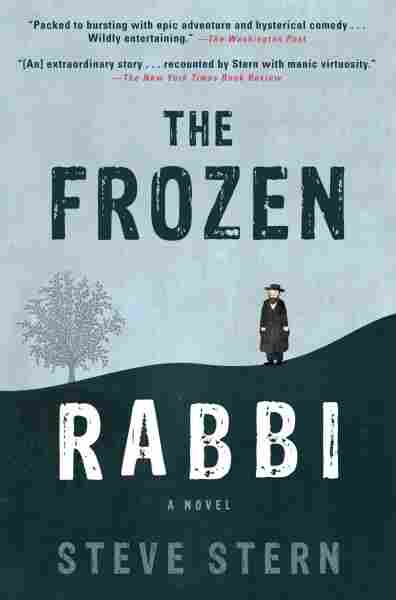 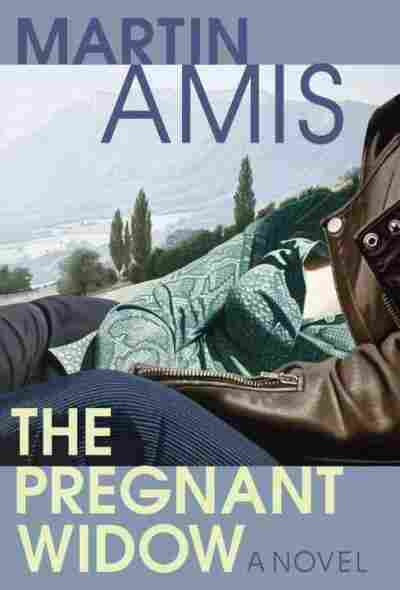 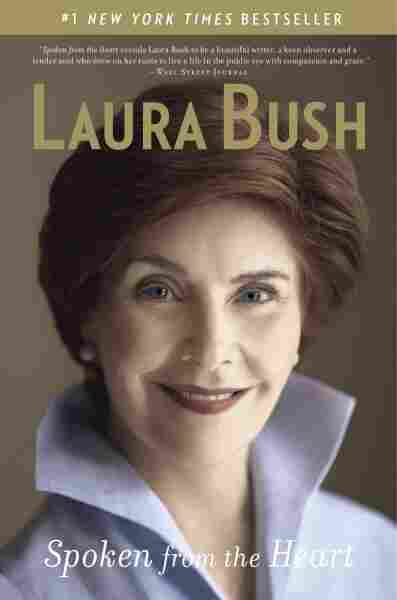 Spoken from the Heart