Accessibility links
Reclaiming Roles: Actors Play Beyond Disabilities Even after a canoeing accident left him largely paralyzed, all Zack Weinstein ever wanted to do was act. Now, with a guest role on Fox's Glee, he's part of a new wave of performers who are bucking the Hollywood trend of casting able-bodied actors to play characters with disabilities -- and challenging producers to think more broadly about those roles. 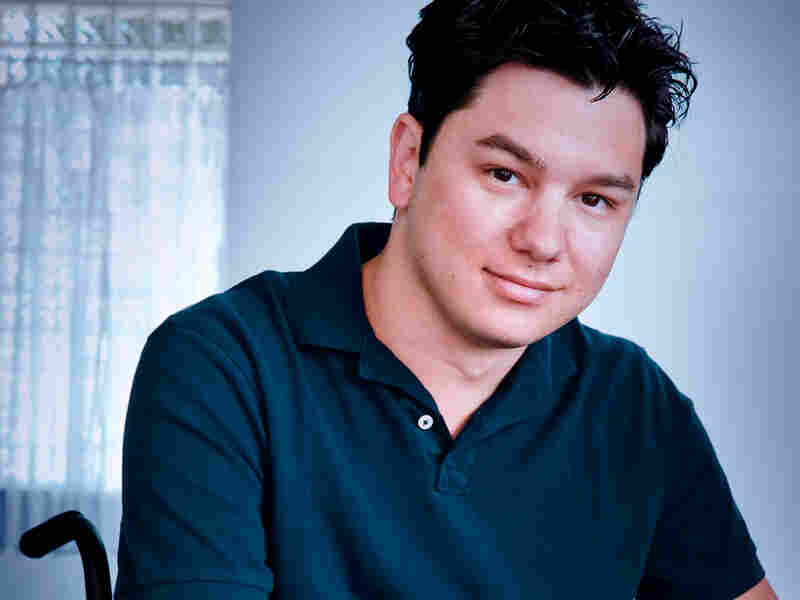 Zack Weinstein, who guest stars on the May 11 episode of the show-choir comedy Glee, is an actor and an ambassador for the Christopher and Dana Reeve Foundation. Brad Buckman hide caption 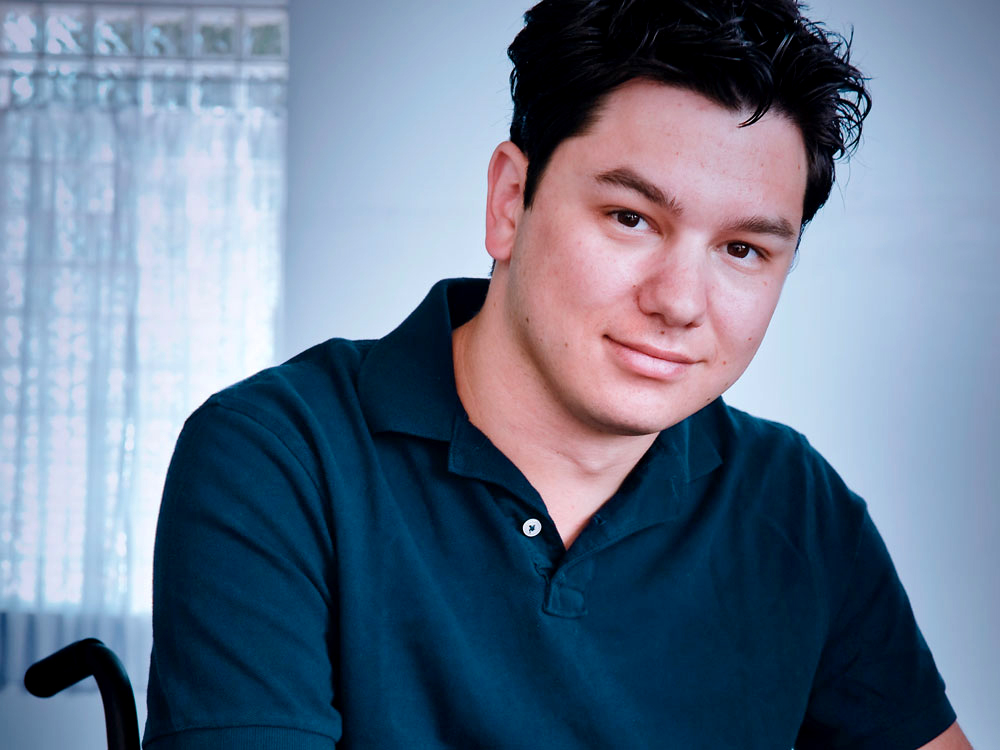 Zack Weinstein, who guest stars on the May 11 episode of the show-choir comedy Glee, is an actor and an ambassador for the Christopher and Dana Reeve Foundation.

Some people change their minds a half-dozen times before they decide on a career. Not Zack Weinstein.

"I can't remember ever wanting to do anything other than act," Weinstein says.

He kept to it even after an accident left him paralyzed from the chest down.

"I started performing around 4, and that was it for me. I never changed my mind."

That single-mindedness paid off big-time: On Tuesday, May 11, Weinstein joins the cast of the popular Fox sitcom Glee in an episode that will have him acting and singing from a hospital bed as a patient with a spinal-cord injury.

"It's the only time I've ever been nervous," he admits. "I've always sung, but they all have awesome voices. And a lot of my friends will get to see Glee three hours ahead of me, cause they're in another time zone. So if I really suck," he chuckles, "I'll know even before I turn the television on."

Weinstein's injury came the summer between his freshman and sophomore years at Skidmore College, in Saratoga Springs, N.Y. He broke his neck while on a river outing with friends; after an intense year of rehab, he returned to campus to continue his theater studies courses and keep acting.

So after graduation, he and his wife, Anna-Maija Webb, moved to Los Angeles -- to an apartment that sits across the street from Universal Studios.

Weinstein says he doesn't have an issue with actors like Kevin McHale, who plays the irrepressible wheelchair-dancer Artie Abrams on Glee but doesn't actually use a wheelchair in real life. 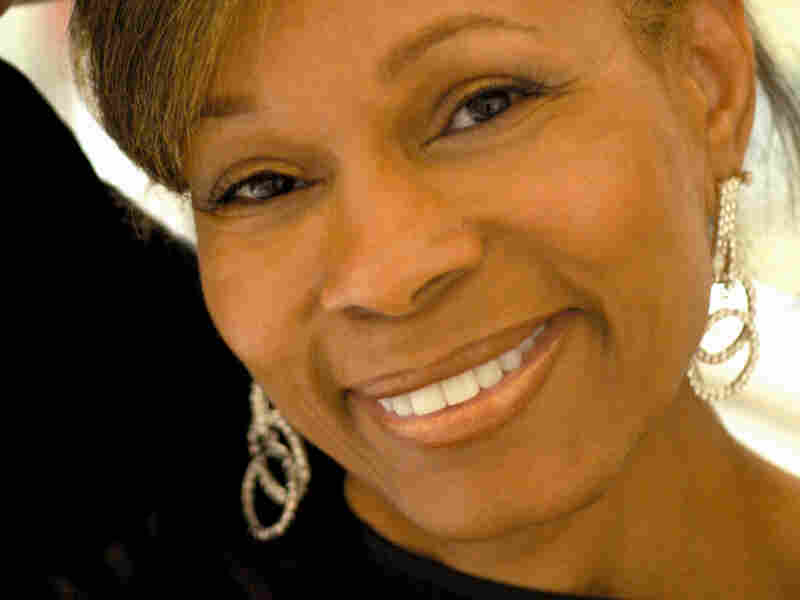 Alana Wallace founded the Dance Detour troupe in 1995. The ensemble encourages collaborations among artists with and without disabilities. Natalie Perkins hide caption 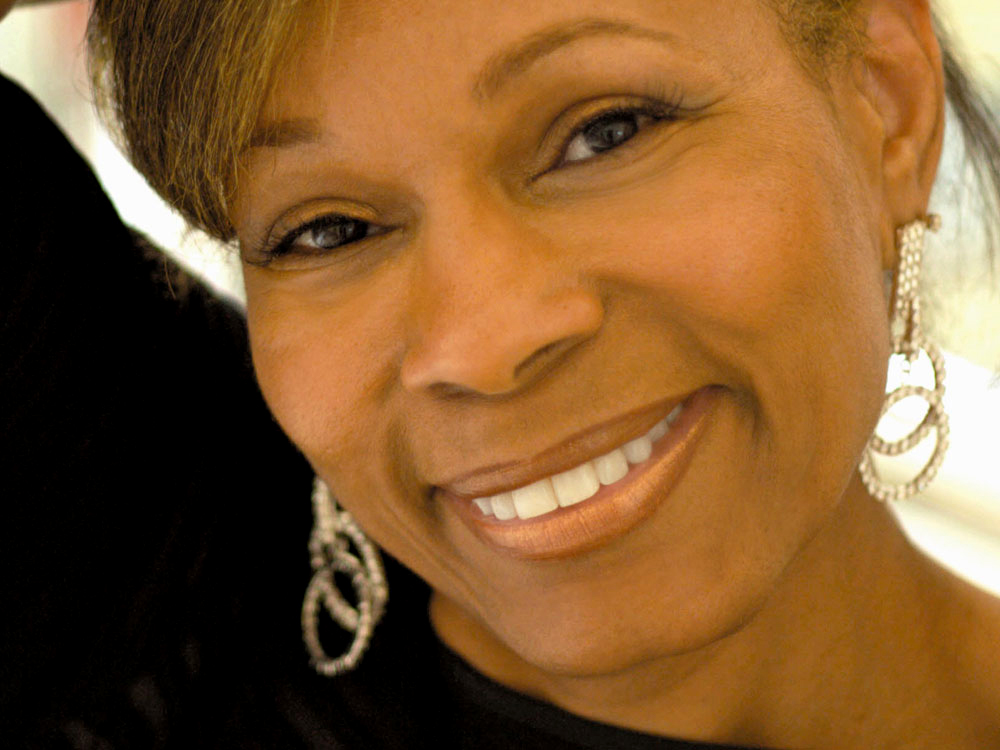 Alana Wallace founded the Dance Detour troupe in 1995. The ensemble encourages collaborations among artists with and without disabilities.

"I just believe that everyone should have an equal opportunity to try for parts, whether they're able-bodied or disabled," Weinstein says. "And the best actor -- whoever that is -- should get it."

But the playing field isn't completely level, says Alana Wallace, a Chicago actor, choreographer and dancer who performs from a wheelchair built for dance movements. Her troupe, Dance Detour, has worked with luminaries such as Mikhail Baryshnikov, and includes dancers who are ambulatory and those who are not.

"I would love it if everyone was considered equally," she says. "But I can't tell you how many times producers have said, 'When there's a part for a disabled person, we'll call you' -- which is maddening, because that's not all I can do!"

Wallace sighs. "Why can't the person in the wheelchair be the hero, the villain, the femme fatale? How often do you see strong, prominent roles for people with disabilities?"

Until The Chair Is Just Another Detail

The short answer is "not very often." There have been disabled characters over the years who have been played by nondisabled actors: James Franciscus, a sighted actor, portrayed a blind New Orleans lawyer in the early '70s drama Longstreet. After Raymond Burr stopped being Perry Mason, he became Robert Ironside, a tough San Francisco detective who used a wheelchair. Laura Innes was nominated for an Emmy -- twice -- for her role as Dr. Kerry Weaver, who sped briskly through the chaos in her Chicago emergency room in ER while using a forearm crutch. On the big screen, Tom Hanks won an Oscar as Forrest Gump (who was mentally and physically challenged), Tom Cruise and Jon Voight rolled to Academy Award nominations as disabled Vietnam vets in Born on the Fourth of July and Coming Home, respectively. (Voight won.) Dustin Hoffman stole every scene as an autistic savant in Rain Man, and Daniel Day-Lewis charmed audiences (and won an Oscar) as raffish Christy Brown, an Irish artist with cerebral palsy in My Left Foot.

"None of those performances -- which were all brilliant, by the way -- would have happened if there was some kind of rule that said only disabled actors can play disabled characters," says actor Michael Patrick Thornton. A spinal stroke almost killed Thornton in 2003. He had to learn to walk again -- which he can do for short distances, "but it's exhausting" -- and uses a motorized chair to get around. 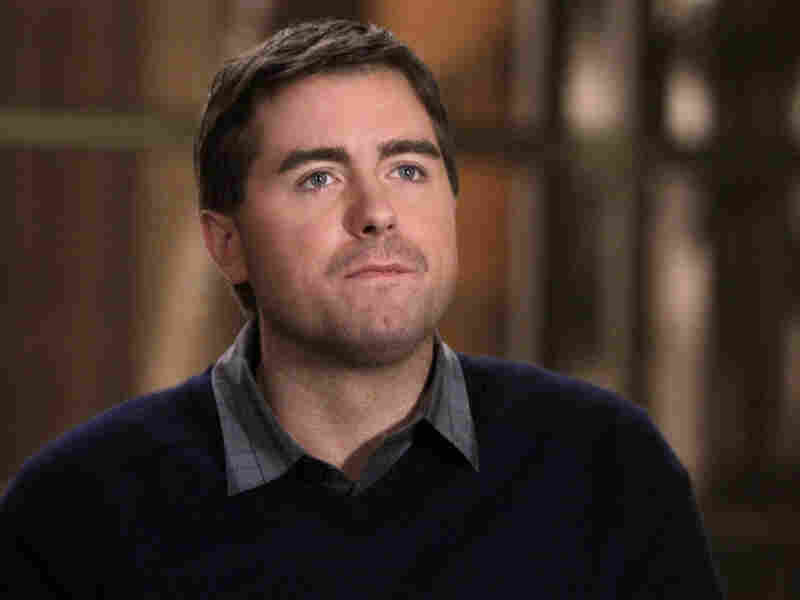 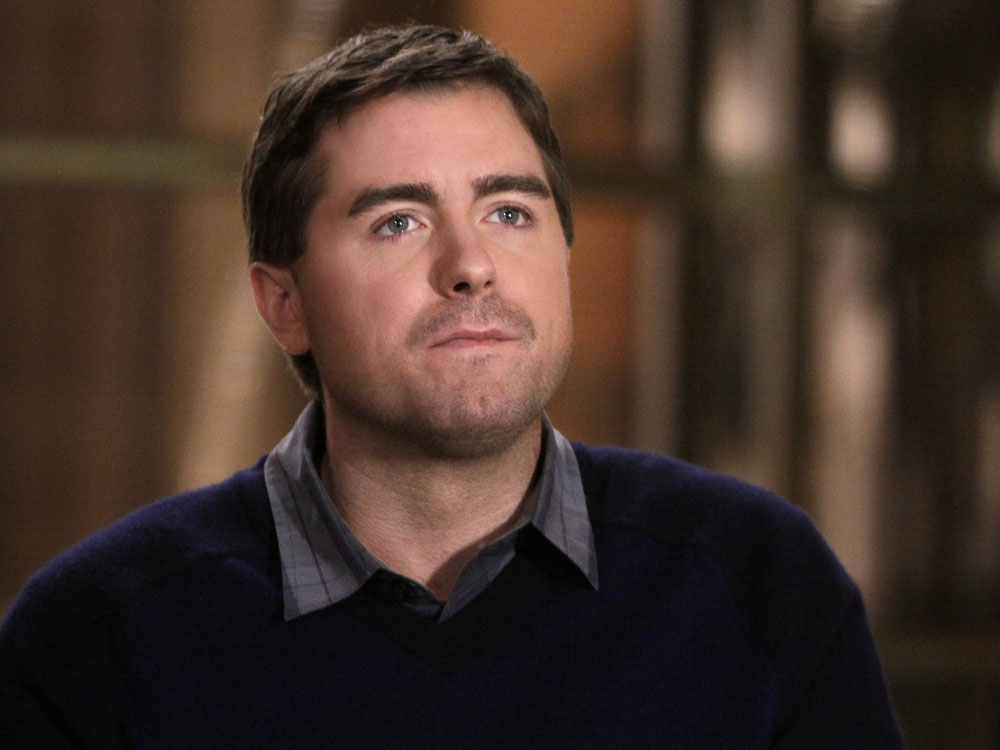 Michael Patrick Thornton is artistic director and co-founder of Chicago's Gift Theatre Company, and has appeared on ABC's Private Practice.

"Do they consider us equally for parts?" Thornton says, "Obviously no, because disabled actors are so underrepresented on stage and screen."

But that may be changing. This season, Thornton has had a recurring role on the Grey's Anatomy spinoff Private Practice as Dr. Gabriel Fife, a charming, irritating genetic research genius -- who happens to use a wheelchair. And after several years in the theater, Thornton says he's pleasantly surprised at the impact television can have.

"I get heartbreaking letters sometimes from moms who say, 'My son has a spinal-cord injury -- can you tell me what kind of wheelchair that is that Dr. Fife uses in the show?'"

But he says he also gets heartening ones: "Like the ones that come from people in wheelchairs who say, 'I always wanted to act, but I never saw actors like me onstage, so I went to law school. Seeing you made me go sign up for an improv class.'"

That, he says "is better than any kind of award I could ever get."

The role of Dr. Fife has given Thornton more tangible rewards as well: "I've already gotten inquiries because of the show," he says. And soon he'll start a new movie with Ron Howard.

His ideal acting job would be one in which "nobody ever mentions the chair." It would be just a feature, in other words, like having red hair or being pregnant -- part of who the character is, but not the sum total.

"Has my life changed? Yeah, of course," he says. "How could it not? Am I still me? Of course. With or without the chair, I'm always going to be Zack Weinstein."