Accessibility links
In 'Heroes' From The Past, Lessons For A Son When his son was born, author Brad Meltzer began writing a book about being a father. Eight years later, he has produced Heroes for My Son, a celebration of historical figures whose examples he hopes his son will follow.

In 'Heroes' From The Past, Lessons For A Son

In 'Heroes' From The Past, Lessons For A Son 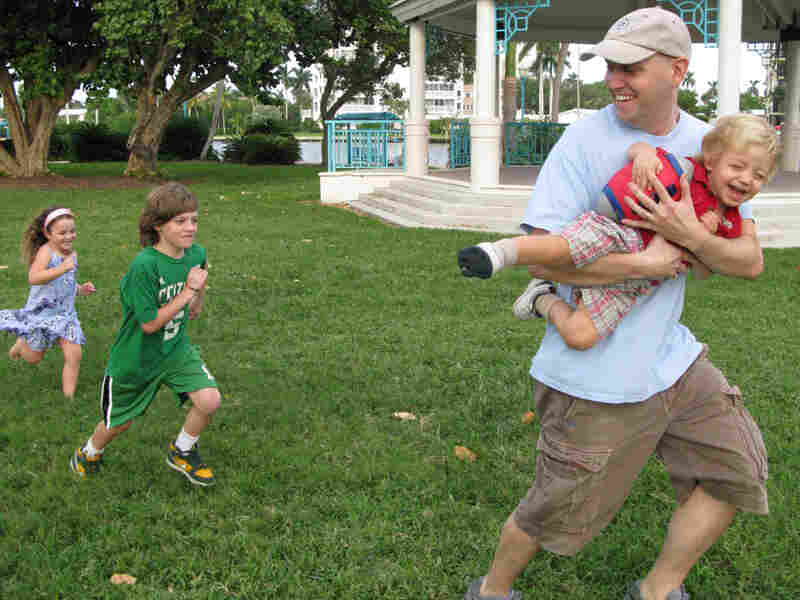 Brad Meltzer is the father of three children. He is also the author of thrillers including The Book of Fate and The Tenth Justice. Cori Meltzer hide caption 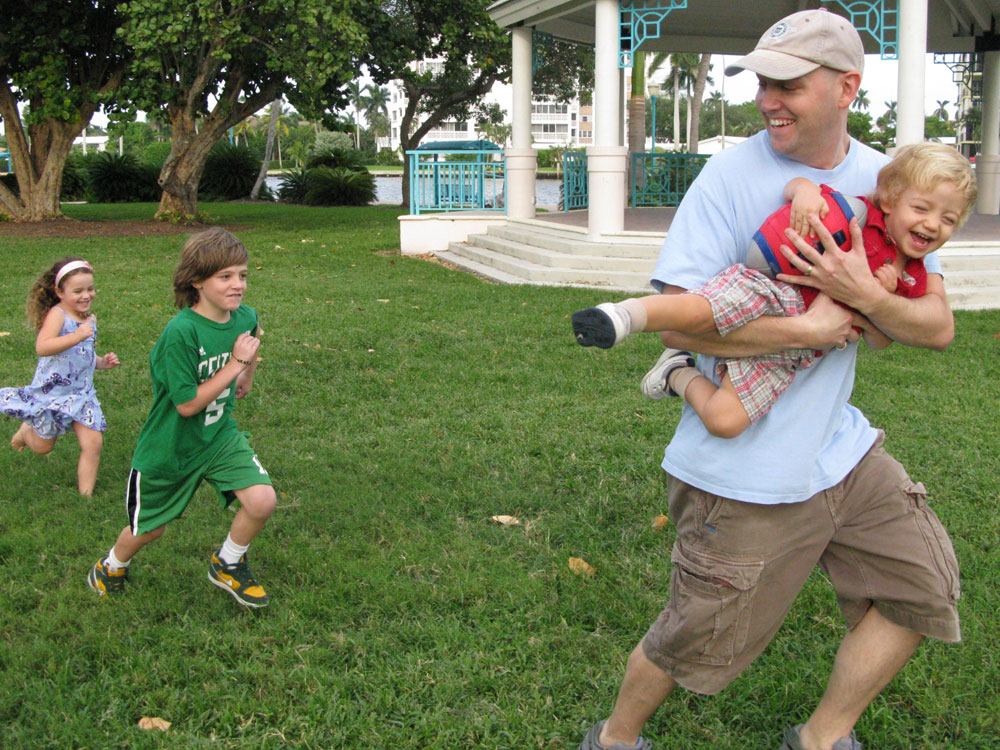 Brad Meltzer is the father of three children. He is also the author of thrillers including The Book of Fate and The Tenth Justice.

The best-selling author Brad Meltzer has a bit of a Superman obsession. He collects all manner of Superman memorabilia and has even worked the theme into one of his recent suspense novels. But when his son was born, Meltzer thought hard about what the word hero really means. So he started writing a little book on the side that would include a collection of real-life, flesh-and-blood heroes that he would eventually present to his son, who is now 8 years old.

Heroes for My Son includes short stories from the lives of Abraham Lincoln, Rosa Parks, Mr. Rogers and Jackie Robinson, among 48 others. And despite the book's title, Meltzer, who has three children, including a daughter, says the people he wrote about should be inspiring to any child.

"The one thing you need, in my mind, to be a hero is you have to help someone," Meltzer tells NPR's Michele Norris. There's not a single hero in there that I wouldn't also think is appropriate for my daughter." Just in case a young girl has trouble with the equality of that notion, he's got a contingency plan in the works already. 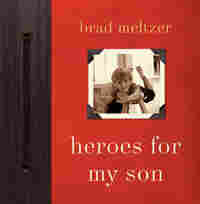 "I made one deal when I sold this book. I told the publisher, 'It must be a two-book deal.' So I'm working right now on Heroes for My Daughter," Meltzer says. "I will tell you my son is very happy to have the book. My daughter comes into my office every day and says, 'Is my book done yet?' "

Meltzer says that he wanted to include all sorts of heroes in the book, but that the criteria for selection started with that one characteristic: "You have to help someone."

That help can be direct assistance, as in the story of Mother Teresa, or inspirational, like Jackie Robinson.

"There was a story I found about a police officer named Frank Shankwitz," Meltzer says, who met a little boy with leukemia who wanted to be a police officer. "So Shankwitz got him a little police uniform and a little badge. The boy fell into a coma -- this is a true story -- while the boy is in his coma, Shankwitz goes into his hospital room, and as he pins the badge onto his body, the boy wakes up and smiles. And then he goes back into the coma. He later dies, but on the plane flight home from the boy's funeral, this police officer looked at his friend and said 'You know, we made that kid really happy for one day. We should do that for other kids.' And that's how the Make-A-Wish foundation is born."

The thing he loves most about his book, Meltzer says, is the fact that it showed him that there are heroes everywhere. "I'd say 80 percent of the people in the book you've heard of, but I really wanted to have 20 percent that you never knew were out there but inspire you nonetheless." Eli Segal is one of those lesser-known figures. The former CEO of the Americorps service organization was also one of Meltzer's own mentors.

"He gave me my first real grown-up job," Meltzer says. Segal would take the young Meltzer into meetings with high-powered executives and introduce him as a law school graduate even though he was barely out of college. "When we'd get to the elevator and the doors would close, he'd say, 'You know why I said you went to law school even though I knew you didn't?' And I'd say, 'Why?' And he'd say, 'Because I wanted them to listen to what you were saying and they wouldn't listen otherwise.' He's in the book solely for that idea of believing in the idealism of young people and one of my favorite personal ones in there."

Might a child, presented with this story, simply focus on the fact that Segal was lying? Meltzer says that's just the kind of conversation he hopes his book will ignite.

"I think the best part of this book is that you have to talk to your child with it. And that's the fun of it," he says.

He got a glimpse of that particular effect the night he first read from the book to his son. Meltzer says his son, "a little jock," wanted to hear about the sports figures in the book, so Dad turned to the story of Puerto Rican baseball star Roberto Clemente. After the end of the 1972 season, Clemente organized a relief effort for victims of a massive earthquake in Nicaragua. When he learned that the three planes full of medicine and food he had sent had been diverted by corrupt government officials, Clemente decided to accompany the fourth flight himself. Overloaded, the plane crashed into the ocean, killing everyone aboard. Meltzer says he included Clemente's story not "because he died; he's a hero because of why he got onboard."

"So now I'm reading this story with my son and I'm so excited and he's going to be inspired forever, and as I'm reading with him I can physically feel him shrinking in my arms. I can feel the air leaving his lungs because he's scared," Meltzer says. "And now I'm terrified that I've wrecked my boy." But the next night, his son jumped into bed and asked for more.

"I said, 'Weren't you scared about Roberto Clemente?' And he said, 'No, I love him.' And I said, 'Why do you love him?' And he says, 'Because he risked his life to help those people.' And I just realized in that moment that you can't teach about heroes without teaching about the lows," Meltzer says. "The whole point of the book is to kind of share these moments together and have these discussions that you otherwise would never have."

The point of the book, Meltzer says, was not simply to locate amazing people with inspiring stories, but, as he puts it, "to find the singular moment that makes them great." For Meltzer, Lucille Ball fit that bill.

"In her house when she was growing up she had this really really horrible grandmother who used to ban all the mirrors in her house because she thought vanity was a sin," Meltzer says. "Lucy had no friends. She would play in the chicken coop and for friends she had chickens." To amuse herself on trolley car rides when she was a girl, Ball would make faces into the windows of the trolley cars. "Because she had no mirrors in her house," Meltzer explains. "I wanted my boy to hear that humor can take on anything."

Meltzer also includes a quote from Ball that is perhaps, he says, the most important lesson in the book: "Love yourself first and everything falls into line."

That's a lesson Meltzer's mother, who died from breast cancer two years ago, helped him learn.

"My publisher was shutting down and it was really the worst day in my professional life," Meltzer says. "I didn't know if anyone was going to take over my contract. And I was talking to my mom on the phone, telling her how terrified I was, and there was this long pause [and] my mom said to me, 'I'd love you if you were a garbageman.' And to this day, every single day that I sit down to write, I say those words to myself."

That story made its way into Heroes for My Son too. Meltzer's mother -- and her inspirational words -- occupy two pages near the back of the book.

"That story is not just for my mother. That's for every mother out there. And it's really why the last pages in the book are really the most important pages in the book. They're two blank pages where people can put in their story from their family. And I really think that's going to be the most beautiful page of all."

Excerpt: 'Heroes For My Son'

Jim Henson
Creator of Kermit the Frog and the Muppets.

Jim Henson was the voice of Kermit, Ernie, Rowlf, and Dr. Teeth. With the TV show Sesame Street, he taught and entertained generations of children simply by sharing -- and believing in -- his own idealistic dream.

He didn’t set out to be a puppeteer. He just wanted to work in TV.
But at seventeen years old, when he went looking for a job at a local TV station, they rejected him.
While there, he saw a sign on a nearby bulletin board. The TV station was looking for a puppeteer.
Jim Henson went to the library, checked out a book on puppetry, built a few puppets, and returned to the station.
"Now I am a puppeteer. Will you hire me?"
They gave him five minutes.
It was all Jim Henson needed.

I’ve got a dream too, but it’s about singing and dancing and making people happy. That’s the kind of dream that gets better the more people you share it with.
-- Kermit the Frog

The Wright Brothers
Inventors of the world’s first flying machine.

When it was time to try building the first flying machine, Samuel Langley had incredible resources and tens of thousands in funding. Bicycle salesmen Orville and Wilbur Wright had a flying toy their father gave them as children and a dream they refused to give up on. Guess who won?

If we worked on the assumption that what is accepted as true really is true, then there would be little hope for advance.
-- Orville Wright

Being one of the best baseball players in the world would satisfy most people. Roberto Clemente got better every year. As a right fielder with the Pittsburgh Pirates, he won twelve Gold Glove Awards and had the best batting average in four different seasons.

Being a baseball player made him famous.
Being a twelve-time Golden Glove winner made him rich.
So when an earthquake struck Nicaragua, he could have just written a check and gotten his name in the paper.
Instead, he got involved personally.
He funded three emergency relief flights.
All three were diverted by corrupt officials -- which is why Clemente decided to fly on the fourth plane himself.
It was packed with as much food and medicine as he could possibly bring.
The plane crashed in the ocean, killing everyone on the flight.
But Roberto Clemente isn’t a hero because the plane went down.
He’s a hero because of why he got on board.

If you have a chance to accomplish something that will make things better for people coming behind you and you don’t do that, you are wasting your time on this Earth.
-- Roberto Clemente

He can run and throw -- and we think he can hit.
-- Draft report on Roberto Clemente for the Pittsburgh Pirates

Excerpted from Heroes for My Son by Brad Meltzer. Copyright 2010 by Forty-four Steps, Inc. All rights reserved. Published by HarperStudio, an imprint of HarperCollins. 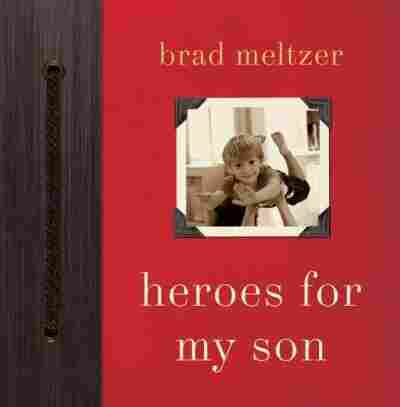 Heroes for My Son