Accessibility links
Supporters Explain Why Arizona Needs Tough Immigration Law There has been widespread outrage to Arizona's immigration law, but polls show the law is popular around the country and especially in the state. According to bill co-sponsor John Kavanagh, much of the backlash is from people who haven't read it. 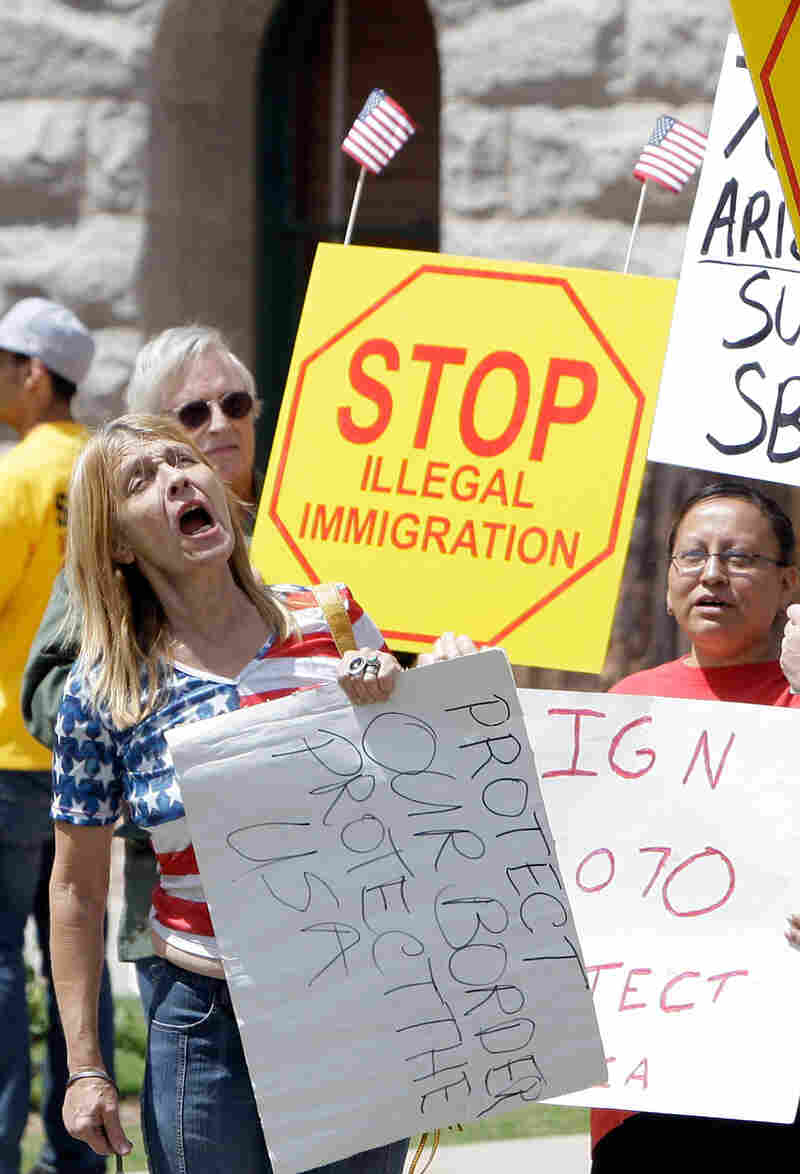 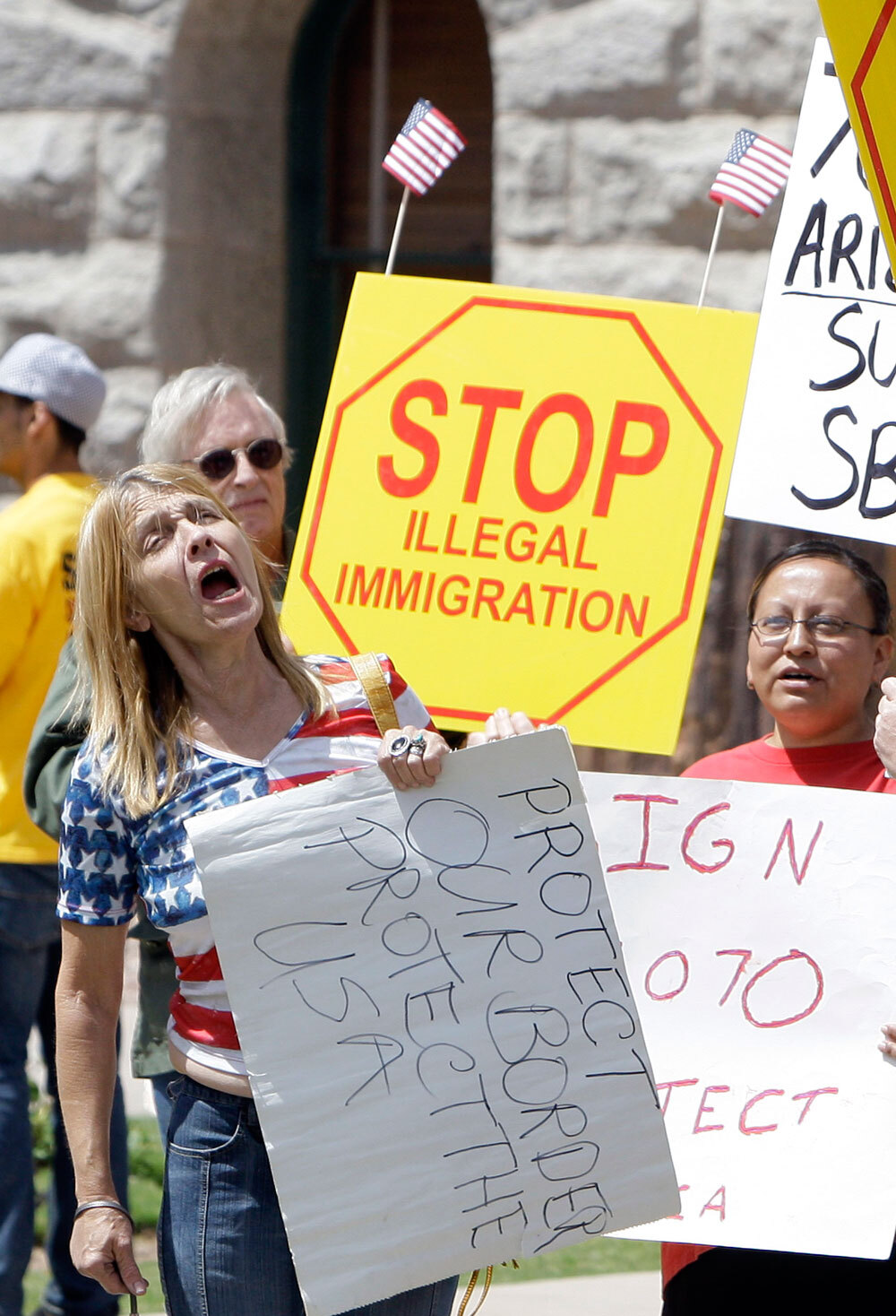 Supporters of Arizona's immigration bill rallied last month at the state Capitol in Phoenix, as Gov. Jan Brewer prepared to sign the measure into law.

Poll after poll shows a majority of voters support Arizona's controversial immigration law, which requires police to ask for proof of residency status of anyone they suspect is an illegal immigrant. But supporters have been far less vocal than opponents.

The best shot at finding people willing to speak up for the new law? AM talk radio station KFYI in Phoenix. The KFYI line-up includes programs from conservative talk-radio hosts Rush Limbaugh and Sean Hannity.

KFYI morning host Barry Young explains that when it comes to illegal immigrants in the state, many of his listeners are frustrated; supporters perceive that illegal immigrants are taking jobs, committing crimes and using government services.

Take KFYI caller Ben in Phoenix, who thinks illegal immigrants are a drag on society.

And Norm in Phoenix thinks the new law is a way to fight liberals.

"I really applaud the conservative Republican movement for pushing back and forcing the federal government to address this cause, because I think it's part of their larger plan to get 10 to 12 million automatic Democratic voters if they can just allow the law to be ignored and immigration to continue as it is and offer amnesties," Norm says.

And David, also from Phoenix, thinks that the whole immigration system is busted, but that only Arizona is doing something about it.

"It shouldn't take 15 years to become a legal citizen of the United States. But my goodness, we're doing what we can, and we don't have many options. What else are we supposed to do? I mean, we have to do something about this," he says.

Co-host Michelle Larson disagrees with Young that people are frustrated.

"I think there's very little frustration on the side of people who either support it or have now looked over the bill. There's no frustration. They're calmly going about their business saying this is a good idea," Larson says.

Of course, ever since Arizona Gov. Jan Brewer signed the law last month, there's been a fierce backlash from opponents.

State Rep. John Kavanagh, a Republican who co-sponsored the bill, expected opponents to protest and march at the state Capitol, but he didn't expect such widespread outrage. He thinks much of the backlash is from people who haven't read the bill.

"I mean, people think that cops can now literally stop and question Hispanic people for virtually no reason, because that's how it's been misreported," he says.

Kavanagh says police have to ask about immigration status only if someone is stopped for another reason. Kavanagh is a former cop from New York and a criminal justice instructor at Scottsdale Community College. He also says the law does not promote racial profiling -- though it is likely to target Hispanics because they comprise almost a third of Arizona's population.

"There's no way you're gonna do any kind of immigration-related enforcement where you're relying on reasonable suspicion in Arizona and not have a disproportionately large number of Hispanics, because we just don't have Norwegians and Chinese rolling across the border," Kavanagh says. "So I don't think that's racial profiling. That's just geography."

Kavanagh's hope for the new law is not that it results in a bunch of arrests, but that it makes Arizona such an inhospitable place for illegal immigrants that they go somewhere else.