Accessibility links
The Unthanks: A Twist On English Folk Music The Unthank sisters consider themselves to be storytellers in the English folk tradition. They start out conventionally enough, sharing tales of drink, despair and death. But there's usually a subversive side lurking behind the eerie and strangely beautiful backdrops. 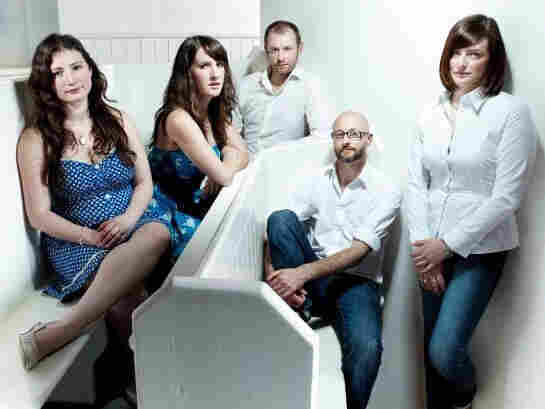 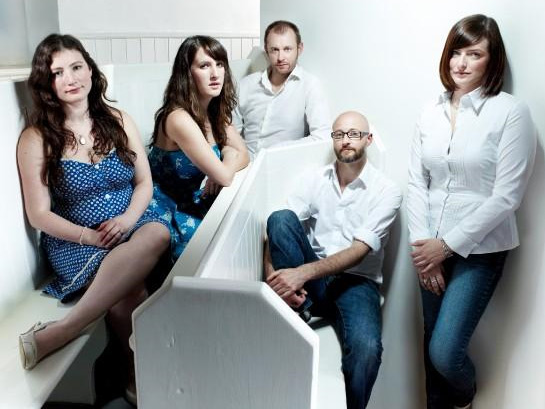 Rachel and Becky Unthank (yes, that's their given name) grew up living and breathing folk music in England's Northumberland County -- their parents, both singers, were active performers, and as the girls got older, the family became known on the festival circuit for its clog-dancing routine. With Here's the Tender Coming, the sisters have begun to challenge folk tradition in subtle ways.

When traditional folk musicians attempt to bring their music to a young audience, sometimes that means super-high-gloss production and maybe some tricked-out electronic loops behind an old Celtic ballad/epic/warhorse. But while Rachel and Becky know bunches of old songs, they dwell in the here and now. They listen to Radiohead, and they love the dark epics of Antony and the Johnsons. After several albums, the Unthanks have arrived at a sound with unusual combinations of instruments -- and ear-stretching, sometimes mystical vocals -- to connect the ancient with the modern.

The Unthank sisters consider themselves to be storytellers in the English folk tradition. They start out conventionally enough, sharing tales of drink, despair and death. But there's usually some twist or a subversive variation lurking behind the eerie and strangely beautiful backdrops. When, for example, they make use of a common folk-song device like a sustained drone, the sisters take it to a more agitated plateau, using slight tonal changes that bear the influence of minimalist composer Steve Reich.

What the sisters are attempting is risky: Folk purists tend to want their epics served straight, and sure enough, the Unthanks have drawn some unlove from England's traditional folk community. But that's a small population, and the transfixing songs on this album have already traveled far beyond it. It's easy to hear why. At a time when "crossing over" to a wider audience usually involves radical gestures that spoil the essence, the sisters move just a step or two from tradition. Turns out that's all it takes to transport folk to a new realm.