Accessibility links
Senator Specter, Rival Trade Barbs In Pennsylvania Primary When five-term Sen. Arlen Specter switched parties last year and left the GOP, President Obama and national Democrats heralded the move. Among those unimpressed was Rep. Joe Sestak, who is hoping to defeat Specter in the Pennsylvania Democratic primary next Tuesday. Both men are running sharp ads against each other -- and now Sestak is in the lead. 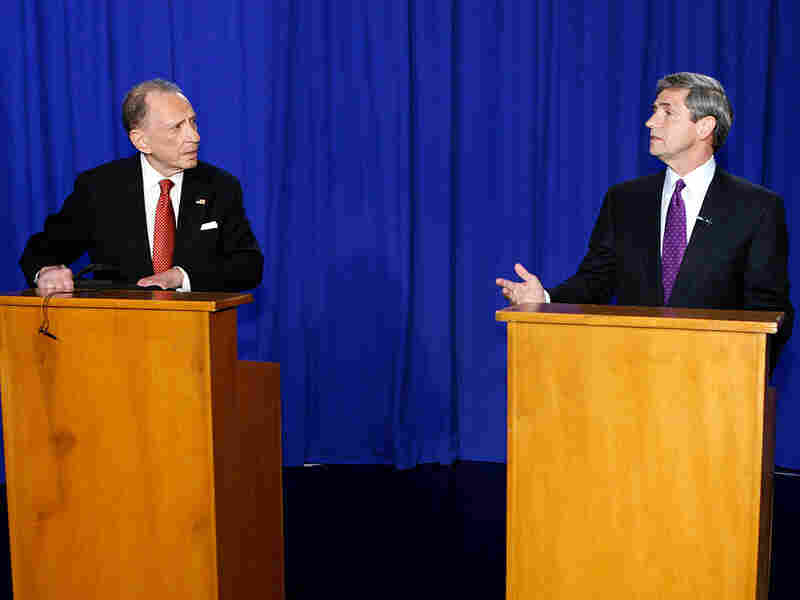 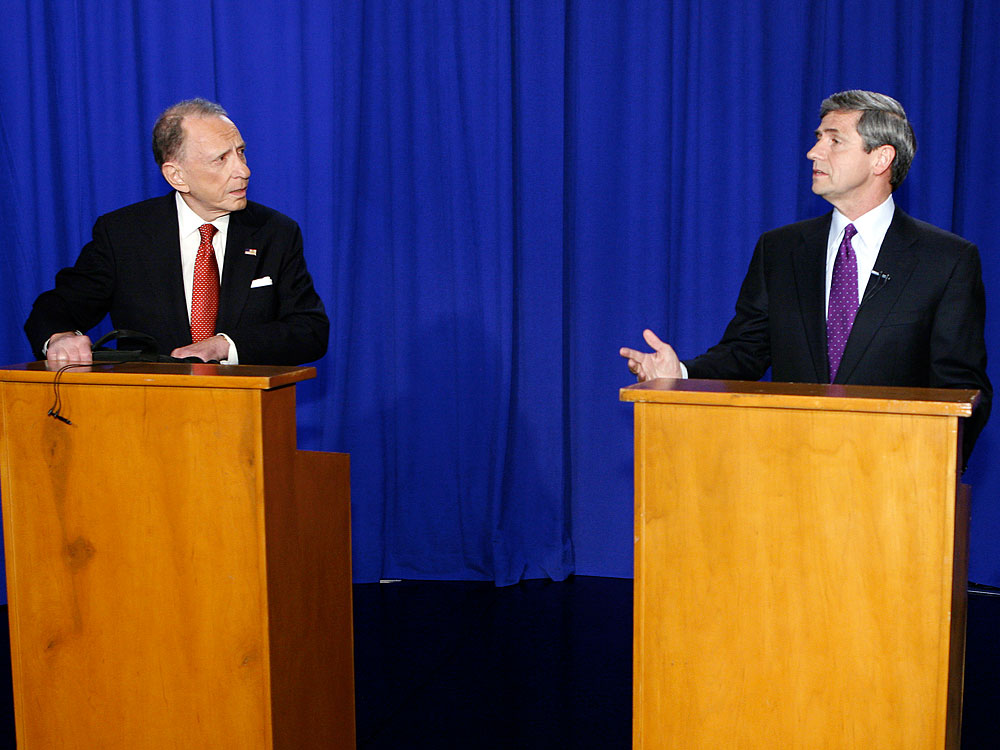 But in Specter's home state of Pennsylvania, the reaction from Democrats was more complicated. Many welcomed Specter, but others called him an opportunist.

Among those unimpressed was Rep. Joe Sestak, who is hoping to defeat Specter in the Democratic primary next Tuesday.

Sestak started out with low name recognition, while Specter, 80, is about as well-known as a politician can be. When Sestak announced last summer that he was running against the incumbent senator, he was seen as a long shot at best.

It wasn't until a few weeks ago, late in the campaign, that Sestak went on statewide TV with an ad introducing himself to voters. The ad came late in the race because the Sestak campaign simply didn't have the money to run a big TV ad campaign any earlier. 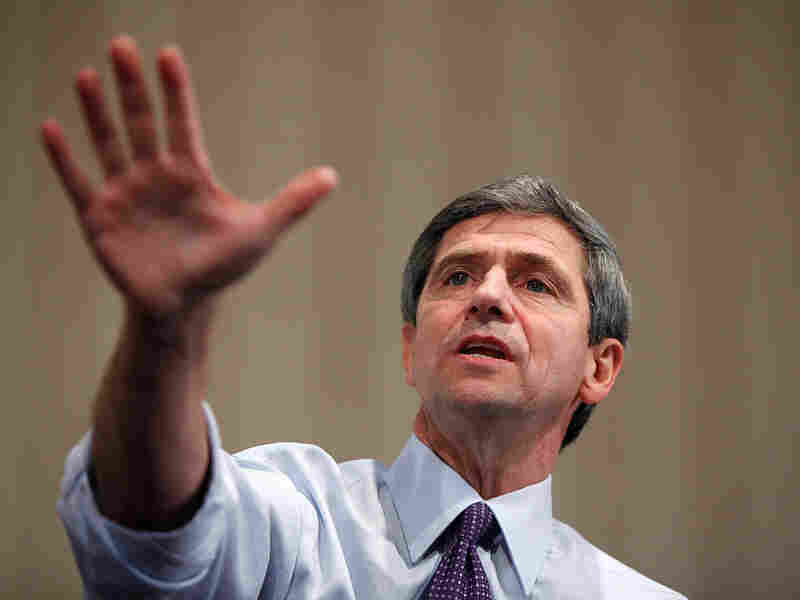 U.S. Rep. Joe Sestak, shown here in January, introduced himself to voters late in the primary race for the Pennsylvania Senate seat -- but now he has a slight edge in the polls. Carolyn Kaster/AP hide caption 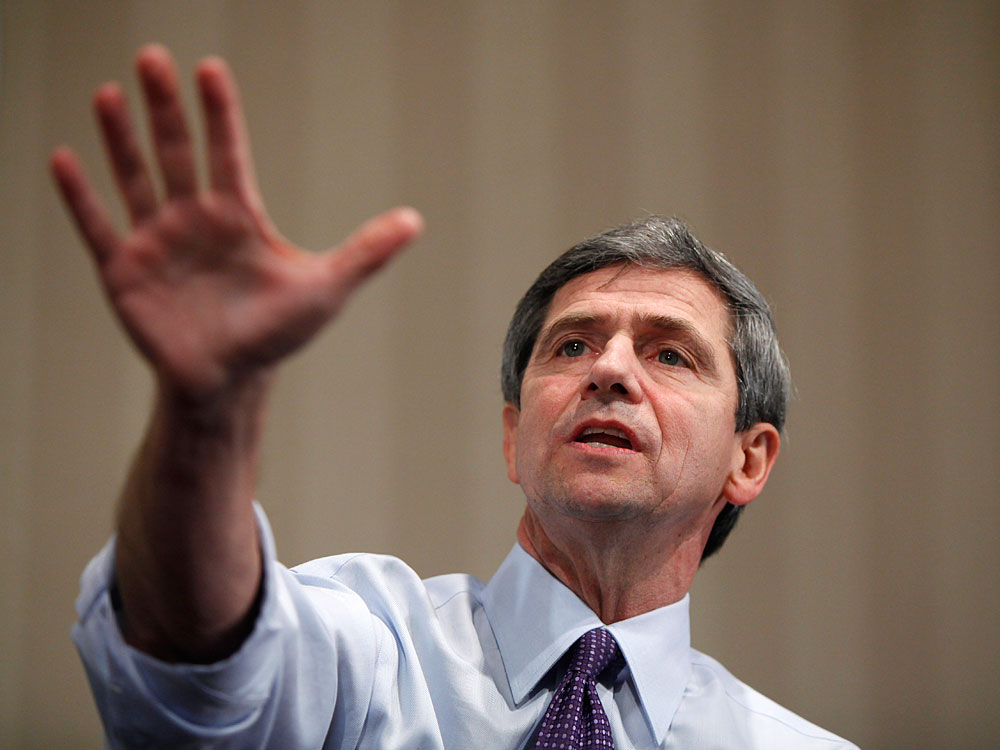 U.S. Rep. Joe Sestak, shown here in January, introduced himself to voters late in the primary race for the Pennsylvania Senate seat -- but now he has a slight edge in the polls.

When polls began to show the challenger starting to cut into what had been a 20-point lead for Specter, the incumbent responded with an ad alleging that Sestak was relieved of duty in the Navy for "creating a poor command climate."

Sestak called the claim about his military record a lie. Specter then demanded that Sestak apologize to him for calling him a liar. And so it has gone, back and forth, ever since.

But it's the kind of high-profile dust-up a challenger dreams of.

And then there was a shift in momentum in the race. This week, new polls put Sestak in the lead, even if by a small margin.

"What has surprised everyone is the rapidity of that gain and the sheer numbers of undecided voters who have come into his column," says political analyst Terry Madonna, professor of public affairs at Franklin & Marshall College in Lancaster, Pa.

After 30 years in the Senate, this is the first race that Specter has run as a Democrat. Among his admirers is 76-year-old Jeanne Friday, who was at a union hall in Washington, Pa., last week.

"I'm a Specter supporter," Friday says. "Through the years, I've seen Arlen Specter come on our side and vote for issues that were important to us, so I definitely still support him."

The Sestak supporters, however, are often motivated as much by their dislike of Specter as their liking for Sestak. They point to, among other things, Specter's votes for President Bush's tax cuts and the Iraq war.

In an interesting twist, both campaigns have begun running ads in the past week featuring a president of the United States praising Specter.

The TV spot being run by Sestak includes George W. Bush's familiar voice saying, back in 2004: "Arlen Specter is the right man for the United States Senate. I can count on this man -- see, that's important. He's a firm ally." 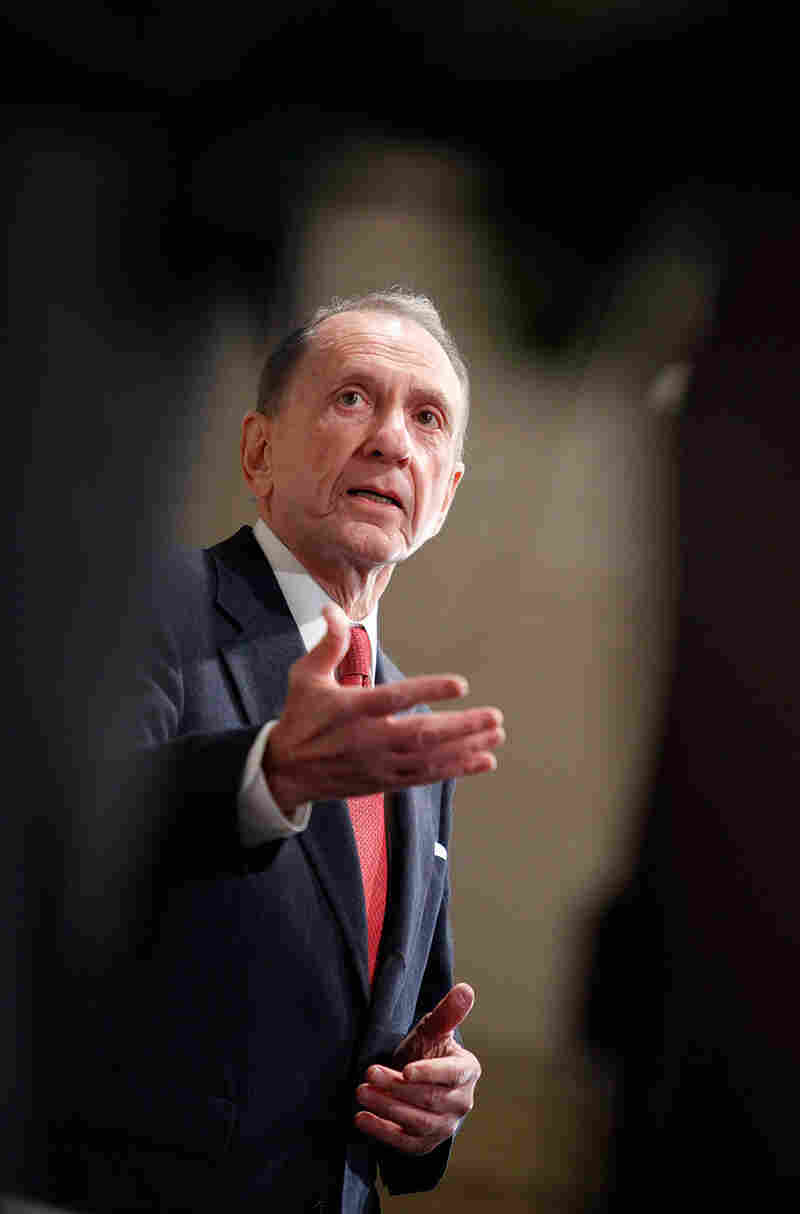 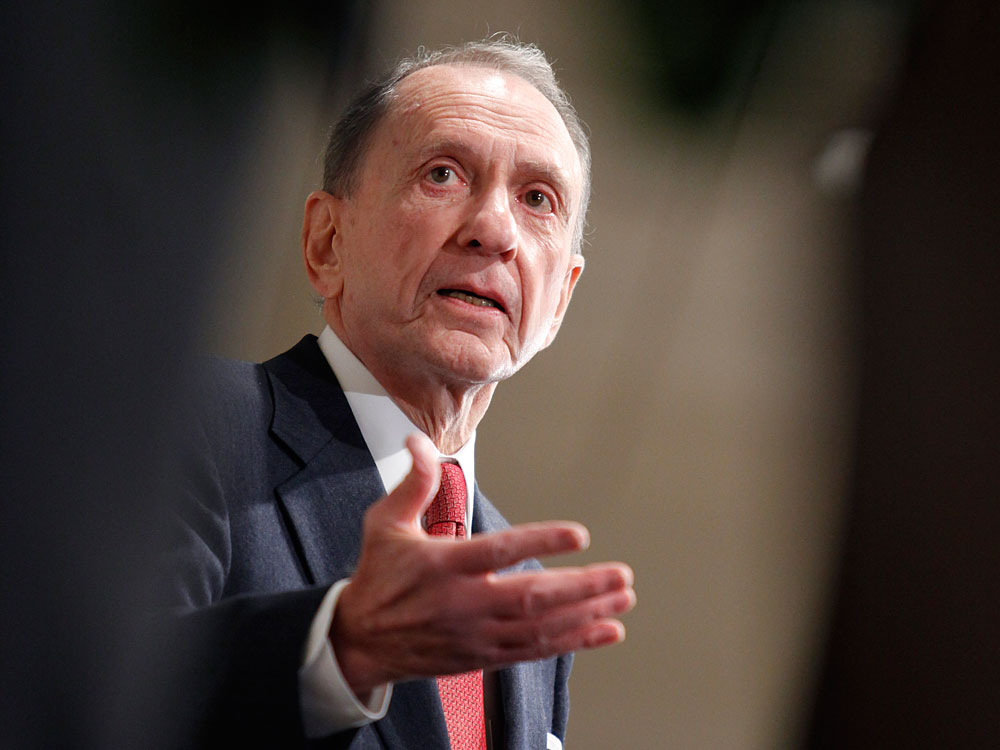 Meanwhile, Specter's ad features a September sound bite of Obama saying: "Arlen Specter cast the deciding vote in favor of the Recovery Act that has helped pull us back from the brink. Because you know he's going to fight for you regardless of what the politics are."

The result of next Tuesday's primary will depend on "which" Specter voters see.

And now there's a new issue that involves Obama's nomination of Elena Kagan to the Supreme Court. Just last year, when he was still a Republican, Specter opposed Kagan's nomination to her current job as solicitor general. That's something Sestak is more than happy to remind voters of.

Madonna says, "If Arlen Specter had had one wish, it's that the president of the United States had given him a call and said, 'I'm going to nominate Elena Kagan, what do you think?' And Specter's answer would have been, 'Can we wait until May 19?' "

That's the day after the Pennsylvania primary.