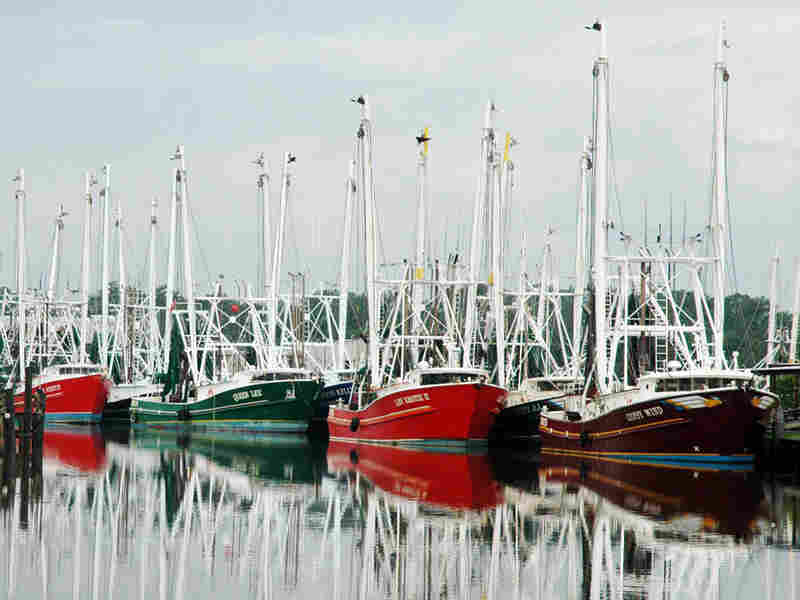 Fishing boats sit idle on the docks at Bayou La Batre, Ala. Fishermen are just one of the groups that may file lawsuits against BP and other companies for damages or other losses as a result of the Gulf oil spill. Jay Reeves/AP hide caption 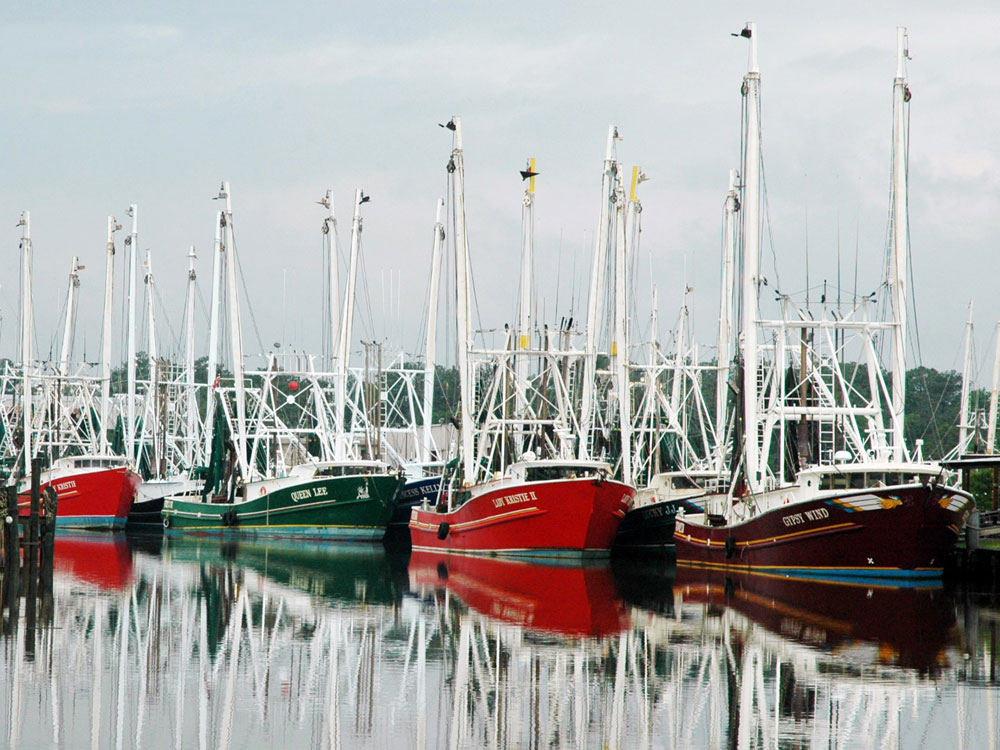 Fishing boats sit idle on the docks at Bayou La Batre, Ala. Fishermen are just one of the groups that may file lawsuits against BP and other companies for damages or other losses as a result of the Gulf oil spill.

As the companies involved in the construction, leasing and operation of the Deepwater Horizon oil rig try to pin blame on one another for the explosion and subsequent spill, the litigation resulting from the spill in the Gulf of Mexico also keeps getting messier.

BP, Transocean, Halliburton, Cameron and others already face dozens of potential class action lawsuits. The legal spectacle resulting from this spill could spread as wide and as deep as the slick itself.

For starters, BP and Transocean face wrongful-death lawsuits brought by families of some of the 11 victims who died in the April 20 blast -- as well as ones brought by those injured.

Houston lawyer Kurt Arnold represents the family of one victim who died in the blast and others who suffered burns and broken backs.

"It's hard for you to go right back out there and work," Arnold says of his injured clients. "But a lot of these guys live in small towns, so it's hard for them to find employment."

Stuart Smith, a lawyer who filed a suit on behalf of hundreds of fishermen and the Louisiana Environmental Action Network, says the chemicals used to try to disperse the oil are also dangerous to the fishermen who are now trying to help clean up the spill. And Smith says the companies could face additional personal-injury litigation related to the cleanup in the future.

If past spills are any guide, the legal mess could be very complicated and take years to resolve, says Zygmunt J.B. Plater, a law professor at Boston College, who chaired the legal task force for a special commission in Alaska following the Exxon Valdez tanker spill there in 1989.

Plater says the liabilities from this Gulf disaster promise to be far bigger than the Exxon Valdez oil spill.

Although it involved only one state, Plater says there were 17 categories of lawsuits filed against Exxon in connection with that spill -- each category representing thousands of aggrieved parties. In the end, those parties collectively received $507 million in compensation. Plus, Exxon paid the same amount in punitive damages.

BP, the main company leasing the rig, has pledged to cover the cost of cleanup and what it calls "legitimate" claims of damage. But Plater says BP will most certainly try to collect some of that money from the other companies involved in the construction and operation of the rig.

"Given the fact that there is so much money involved, and so much blame that could be argued back and forth, it is clear, that -- though BP will pay -- it will have various contribution suits against people they will point to as wrongdoers," Plater says.

And then there is the question of how much BP is legally liable to pay for economic damages. There, interpretations of the law vary.

A 1990 law passed after the Exxon disaster, called the Oil Pollution Act, caps some of BP's liabilities at $75 million -- a figure so low it prompted some Democrats in Congress to propose retroactively raising that cap to $10 billion.

But Charles Ebinger, director of energy security research at the Brookings Institution, says there are several current laws that could apply to the Gulf case. He estimates BP's liability might be capped at about $3 billion.

With oil still pouring into the Gulf, it's hard to estimate what the cleanup will cost. Ebinger says it could reach $20 billion, "but legally, I'm not sure that BP will have to incur those high losses, from a purely legal perspective."

Jeffrey Fisher, a law professor at Stanford, argued a case in the Supreme Court on behalf of Exxon Valdez plaintiffs trying to collect higher punitive damages from the company. After nearly two decades of fighting, his side lost. He says many of those plaintiffs felt they ended up losing much more -- their environment and their livelihoods -- than they reclaimed from Exxon.

"Even if you end up getting money in the end, it's all too frequently too little, too late," Fisher says. "Maritime law is actually quite stingy when it comes to making plaintiffs whole in ways that go beyond hard financial damages."