Accessibility links
GOP Fails In Bid To End Support For Fannie, Freddie Republicans say they want the government-backed institutions to compete on a level playing field with the private sector. But Democrats say pulling government support for the struggling organizations will ultimately hurt average Americans. 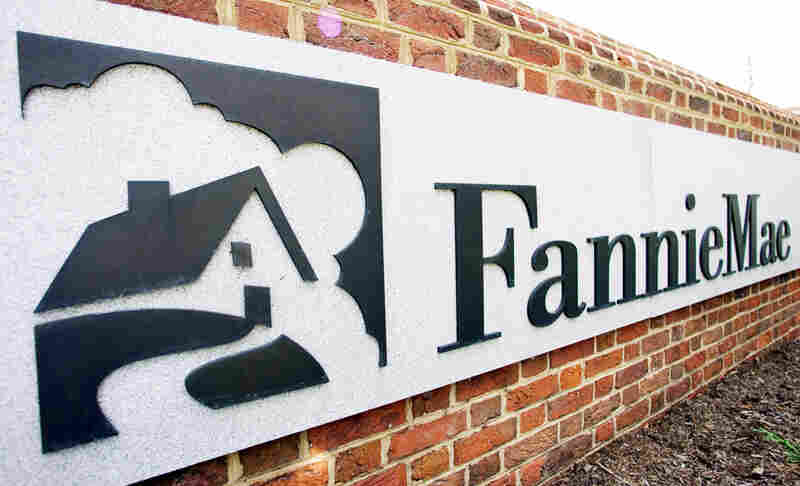 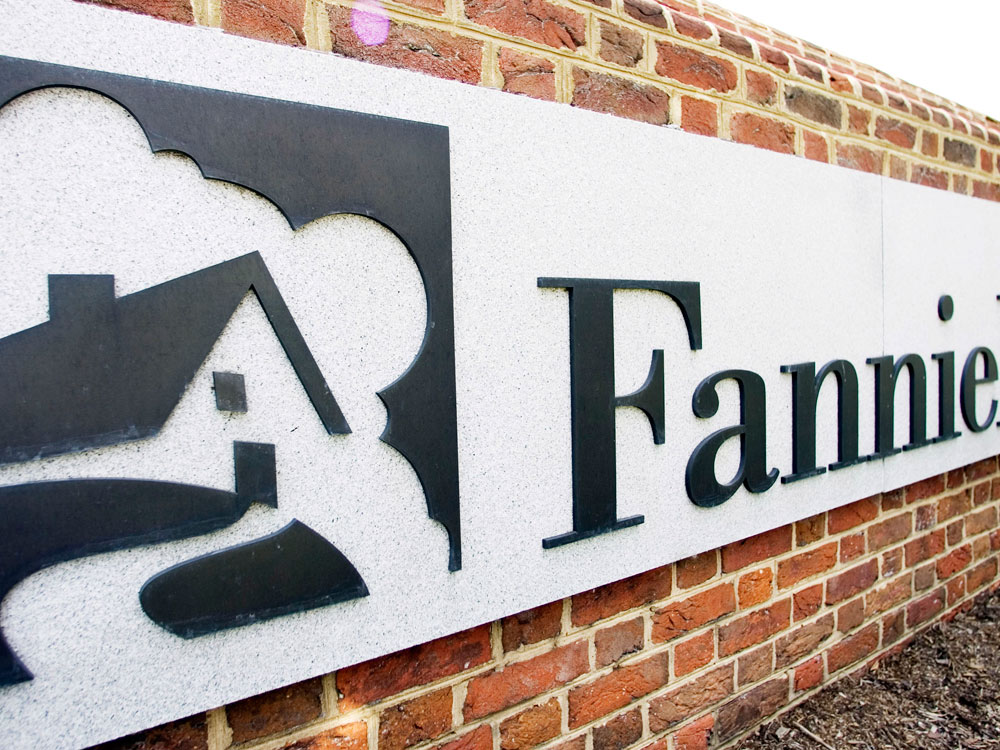 The mortgage giants Fannie Mae and Freddie Mac became the largest recipients of federal bailout funds after the subprime crash.

Mortgage giants Fannie Mae and Freddie Mac, which have received more bailout money than anyone else, asked for $8.5 billion more from the government this week. But changes to the government-backed institutions didn't make it into the Senate financial regulatory bill Tuesday.

Republicans tried and failed to get an amendment that would have pulled government aid from the companies, let their charters expire and eventually transition them to the private sector.

The so-called government-sponsored enterprises are hybrid organizations that have to please both shareholders and Congress. They don't make mortgages; they buy them from the banks that do, then sell bonds based on those home loans. The entities got into trouble when they jumped into the subprime mortgage market with Wall Street.

Republicans and Democrats differ on what happened next.

"This is one of the prime reasons why 48 percent of the homes in Arizona are underwater," said Sen. John McCain (R-AZ). "People are throwing keys in the middle of their living room floor because they can't afford to make the payments. ... The enablers were Fannie Mae and Freddie Mac."

But Democrats such as Sen. Chris Dodd (D-CT), chairman of the Senate Banking Committee, disagree.

"Unregulated brokers, unregulated mortgage companies that were luring people into mortgages they could not afford with no documentation, no background checks whatsoever -- that is the genesis of this whole issue," Dodd said. "It was not Fannie and Freddie."

Blame For Both Sides

Raj Date, a former banker and head of the Cambridge Winter Center, said both arguments are overstated. Date said though Fannie and Freddie didn't start the crisis, they certainly made things worse, and the roots of their actions lie with Congress.

"Both parties accepted a lot of money from the GSEs [government-sponsored enterprises] during the heyday. Both parties found it politically convenient to let them grow over time and to let their risks grow basically unchecked," he said. "There is a problem that is obvious now, and they ought to solve it."

Fannie and Freddie went from government-sponsored to government-owned in late 2008 when they began to buckle with the housing market. Since then, taxpayers have poured more than $145 billion and counting into the institutions. The Treasury and the Federal Reserve last year spent $1.4 trillion buying bad debt off their books.

Sen. Richard Shelby (R-AL) says that has to stop.

"You know, in Fannie and Freddie, we're not putting a bandage on them, we're not covering it up. That's an open wound," Shelby said. "It's still bleeding, hemorrhaging, every day."

McCain said the goal was not to put Fannie and Freddie out of business.

"We are saying we want them to be a business that is on a level playing field with other private-sector competitors," he said.

But Obama administration officials want to put off any major changes until next year. Dodd, the main author of the financial regulatory bill, agreed.

"If 96.5 percent of mortgages are backed by these two institutions right now, what replaces it? And there isn't any in this amendment. So you're left in a free fall," Dodd said. "Who gets hurt? Average Americans -- that's who gets hurt."

Instead, the Senate approved an amendment requiring the Treasury to study whether to dissolve, privatize or break up Fannie and Freddie into smaller companies.

In the meantime, the Obama administration has pledged unlimited financial support to keep the institutions going.