Accessibility links
As Some U.S. Troops Leave Iraq, Others Settle In Despite an uptick in violence following Iraq elections in March, the U.S. military says it's on track with plans to reduce troop levels to 50,000 by the end of August. While some units get to go home, others, like the 1st Battalion, 41st Field Artillery, are being redeployed to areas where they can do the most good for their Iraqi partners. 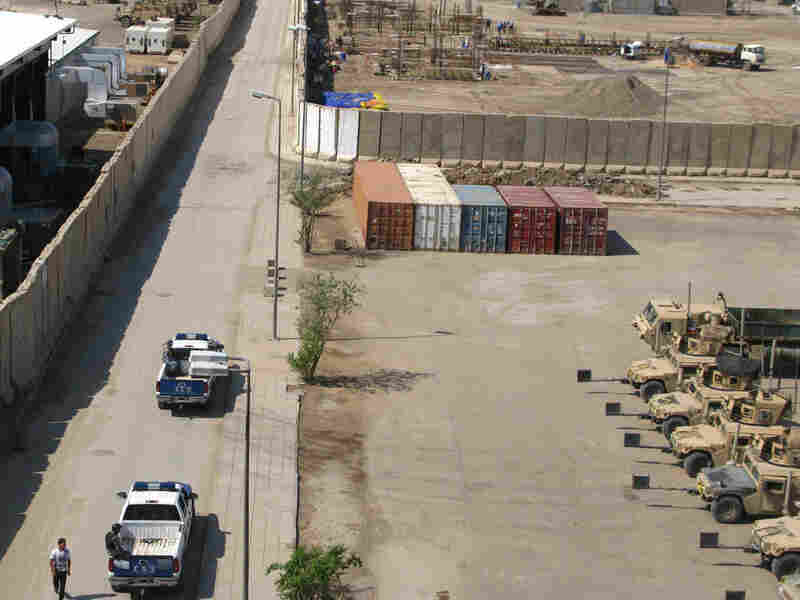 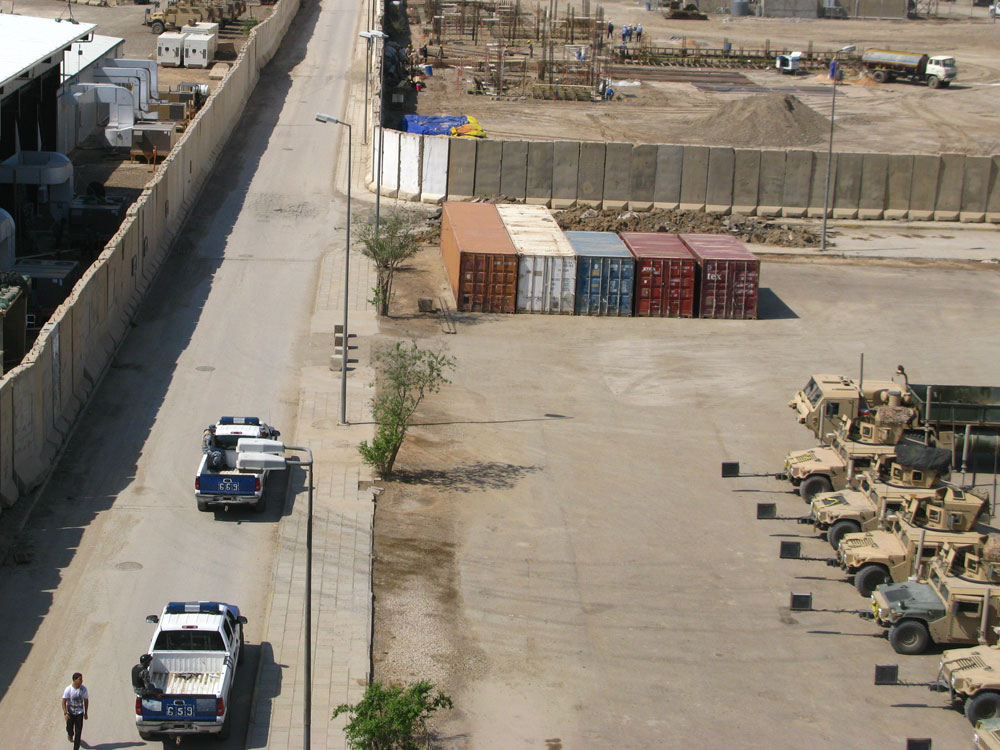 Violence has soared in the political vacuum that followed Iraq's inconclusive elections in March, but U.S. military leaders say they are still on track to reduce troop levels to 50,000 by the end of August.

The dramatically reduced numbers -- down from about 94,000 troops now -- mean that while some units get to go home, others, like the 1st Battalion, 41st Field Artillery, are being redeployed as the military learns to do more with less.

The battalion from Fort Stewart, Ga., will likely stay in Iraq through the end of the year.

On a recent night, the soldiers prepared to move from sprawling Camp Striker, not far from the Baghdad International Airport, to their new quarters north of Baghdad.

The cargo moved in an endless stream of 18-wheelers. Everything from pallet-loads of office furniture to strapped-down heavy armored vehicles rumbled by, with clouds of dust churning through the glare of headlights.

Iraqi officials asked that these large military convoys travel only at night so as not to further disrupt Baghdad's notoriously tangled traffic.

Reducing the U.S. military footprint after years of occupation is a massive logistical project. Brig. Gen. Ralph Baker says it typically takes about 45 days to close a base.

Because it would be uneconomical to transport military equipment back to the U.S., he says, the military has people looking for ways to recycle it.

"They check and see if any other unit in Iraq needs it. If nobody in Iraq needs it, they check to see if anybody in Afghanistan needs it," Baker said. "Once they determine that it's not needed by any U.S. agencies, much of the equipment can be then laterally transferred over to the Iraqis."

Army medics play cards in a stripped-bare medical center. Their gear was packed for the trip to their new home. Peter Kenyon/NPR hide caption

Army medics play cards in a stripped-bare medical center. Their gear was packed for the trip to their new home.

As they waited to move, a quartet of soldiers from the battalion, including army medics, played cards around an upturned cardboard box in a stripped-bare medical center. Their gear was packed for the trip to their new home.

At Camp Striker, the sick and wounded have access to nearby hospitals, but in the battalion's new location the medics are likely to be much more in demand.

Pfc. Justin Cothern of Lakewood, Colo., stood next to the heavily armored convoy. The young private said he is looking forward to the unit's new assignment, assisting Iraqi federal police.

As for Iraq's inability to fashion a new coalition government, a political standoff that shows no sign of ending, Cothern takes his lead from other soldiers who have been here longer.

"The political upset, I talk to my section chiefs, and there's always been a political upset, so it's nothing exactly new, and it doesn't worry a lot of the older vets," he said. "But this is my first deployment, so it's definitely trying to stay frosty, stay on my toes, not get complacent."

All About The Partnership

As the convoy pulled out, it ground to a halt. Lt. Col. Joel Hamilton, the battalion commander, said an advance vehicle has come across a roadside bomb on the route. There was minimal damage to equipment and no personnel injuries, he said.

The promised 11 p.m. departure slipped to midnight, and then to 1 a.m. Eventually, the convoy of soldiers and equipment arrived, weary but without trouble, at Joint Security Station Loyalty.

While families and friends back home tend to see the drawdown as a simple matter of packing up and moving out, Hamilton says it's actually a fairly complicated maneuver that involves repositioning smaller numbers of forces to where they can do the most good for their Iraqi partners.

"You really can't afford to drive to work. You have to live with your counterpart," he said, "because it's really all about the relationship. What I tell my soldiers is, the one thing we cannot get wrong -- because if we do we'll fail in our mission -- is the relationship and the partnership."

In the meantime, with the troop drawdown on track, equipment continues to roll out of American bases, and the reality of what it means to hand the security of Iraq back to the Iraqis continues to sink in. U.S. and Iraqi officials are hoping that the violence that ripped across the country this week, killing scores of Iraqis, turns out to be an aberration and not a sign of things to come.