Accessibility links
Chick Corea: Two Sides Of The Same Coin In a transitional period between different groups with Miles Davis and Anthony Braxton and his fusion band, Return to Forever, Chick Corea recorded a series of solo piano improvisations in 1971. Those recordings and a 1983 follow-up have been reissued in a three-CD box set. 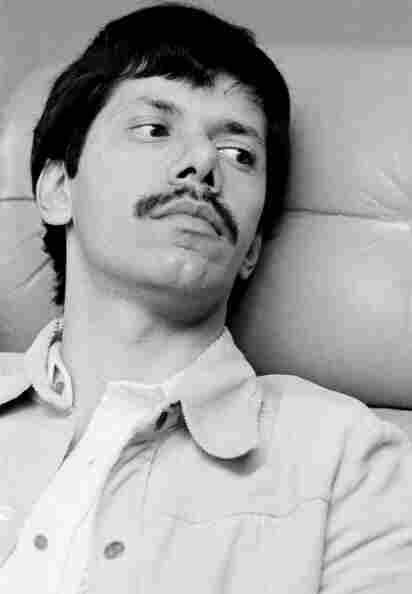 The three-CD reissue of Chick Corea's Solo Piano Improvisations/Children's Songs -- which will be released on May 25, 2010 -- demonstrates how composing and improvising are two sides of the same coin. Michael Putland/Hulton Archive hide caption

The 1970s served as a breakthrough decade for solo jazz piano, with Keith Jarrett, Cecil Taylor, Andrew Hill and others using the format to construct cathedrals in the air. But solo piano is also a good sketchpad for the improvising composer. It lends itself to informal, impromptu music-making, almost like thinking out loud.

In 1971, Chick Corea was wrapping up one phase of his young career and easing into another -- moving away from so-called difficult music toward more readily accessible stuff. On the 1971 sessions reissued as part of a three-CD Corea solo set, you can hear him drawing on music he'd already made, including the Latin jazz he'd played starting out, and the percussive, telegraph-key rhythms he'd rapped out on electric piano with Miles Davis. But Corea found a way to combine drum-like repeated notes with unabashed lyricism. He also sounds inspired by a beautiful-sounding piano.

Chick Corea's Solo Piano mini-box on ECM Records starts with two albums originally issued as Piano Improvisations Vols. 1 & 2. That title raises a question about what it means to call something improvised. On pieces like "Where Are You Now," Corea is clearly using some pre-conceived materials, even if he's sorting them out in real time. Of course, jazz musicians improvise on existing themes, too, and Corea plays a couple tunes by other composers like Thelonious Monk.

By 1983, when Chick Corea made an unofficial sequel to Improvisations called Children's Songs, he was doing formally what he used to do informally. The pieces had the same kind of charm and light touch, but instead of shaping them in performance, he came to the session with 20 miniatures written out.

Corea says these untitled children's songs are meant to suggest kids' playfulness, and the way children always keep moving. Many have a simple melodic quality despite the technique they may call for. And, since children are compact bundles of energy, he keeps all the pieces under three minutes. The shortest is barely 30 seconds, exquisitely small like doll-house furniture.

Corea's vintage solos show how composing and improvising are two sides of the same coin. Whether he approaches the keyboard with a sheet of music in hand or with an open mind, Corea draws on his love of melody, his hard-earned keyboard technique and a range of influences including modern jazz, Cuban music, jazz-influenced French composers like Darius Milhaud, and even ragtime. Composed or improvised, Chick Corea's solo pieces have this much in common: They're designed to make the piano sing.