Accessibility links
Lizard Starvation, Extinction Tied To Climate Change Scientists say around the world, many local populations of lizards are going extinct. The numbers are serious and will get much worse as the world's climate warms, a new study warns. It's surprising news: Lizards already live in some of the hottest places on the planet. 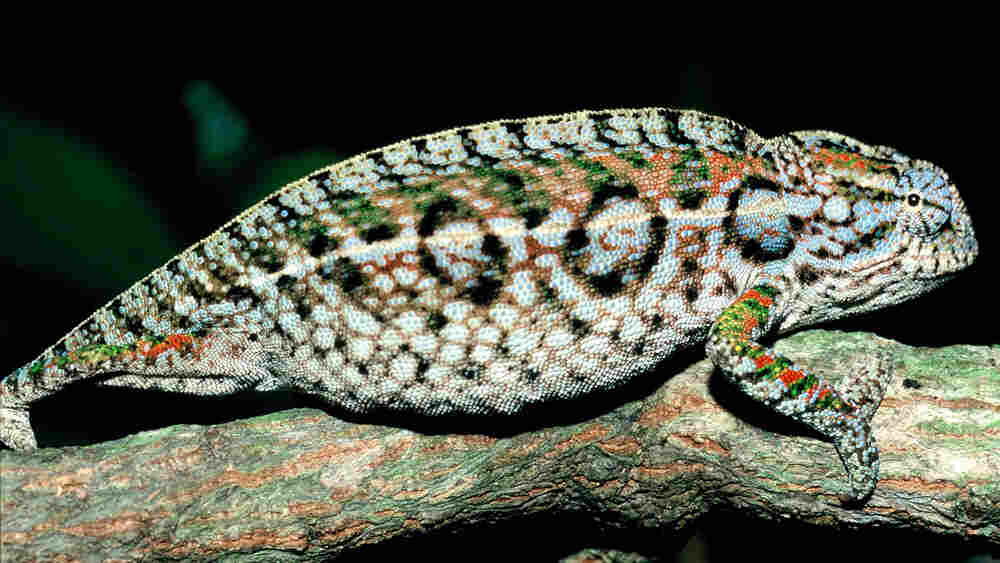 Madagascar is a hot spot of extinctions, and members of the Chamaeleonidae family are currently going extinct. Ignacio De la Riva hide caption 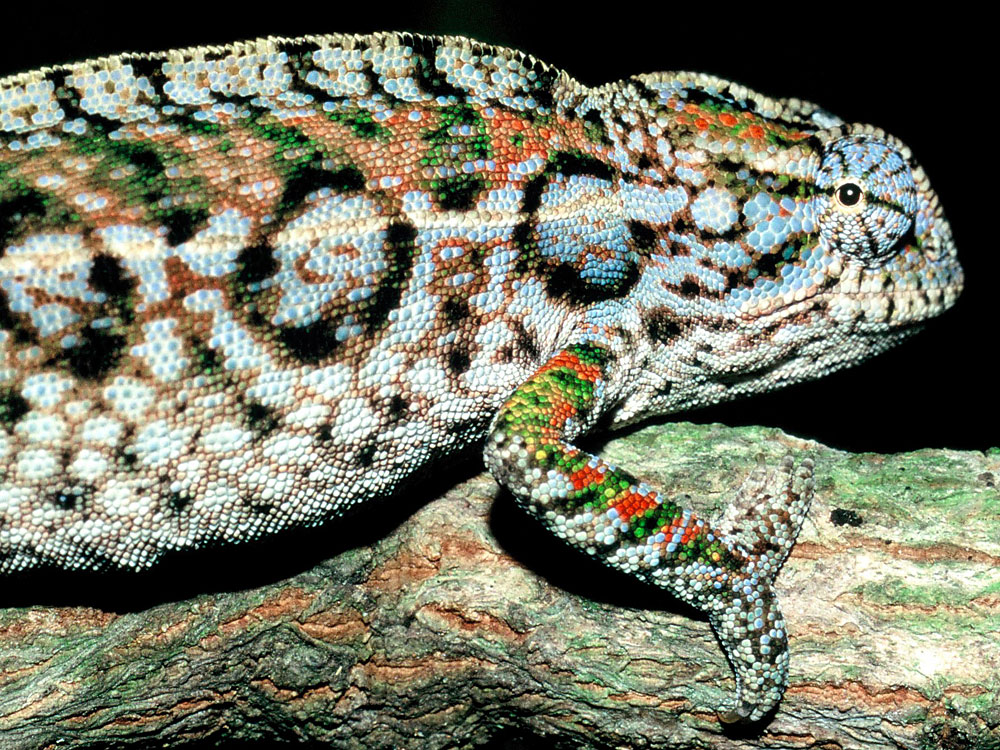 Madagascar is a hot spot of extinctions, and members of the Chamaeleonidae family are currently going extinct.

Scientists who study lizards say many local populations around the world are going extinct. And the cause, they suspect, is climate change.

Scientists have predicted that warmer temperatures could endanger some kinds of plants and animals. This new research, published in this week's issue of the journal Science, suggests the process is already under way. The news surprises experts who thought lizards would be more adaptable; after all, they live in some of the hottest places on the planet. 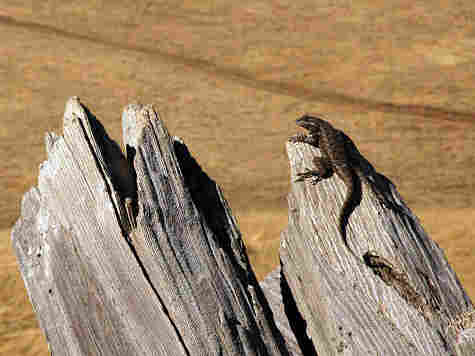 When Barry Sinervo, a biologist at the University of California, Santa Cruz, heard from colleagues that they were seeing local populations of lizards disappear, he crisscrossed the globe trying to verify those disappearances.

"They'd seen local extinctions of lizards," he says. "And then sure enough, we found them."

Sceloporus lizards, also known as the fence or the spiny lizard, are common and come in many colors and sizes. Most of the local extinctions are in Mexico. But Sinervo's team of scientists turned up local extinctions on several continents.

The team measured temperatures where the extinctions took place and found they were on average several degrees warmer during the day than normal. But it was actually starvation that was killing off the lizards.

"They would get out in the morning on a blistering hot sunrise and they'd be able to forage for about an hour and then they'd have to hole up for about nine hours a day and then maybe come out a little at the end of the day," Sinervo says. 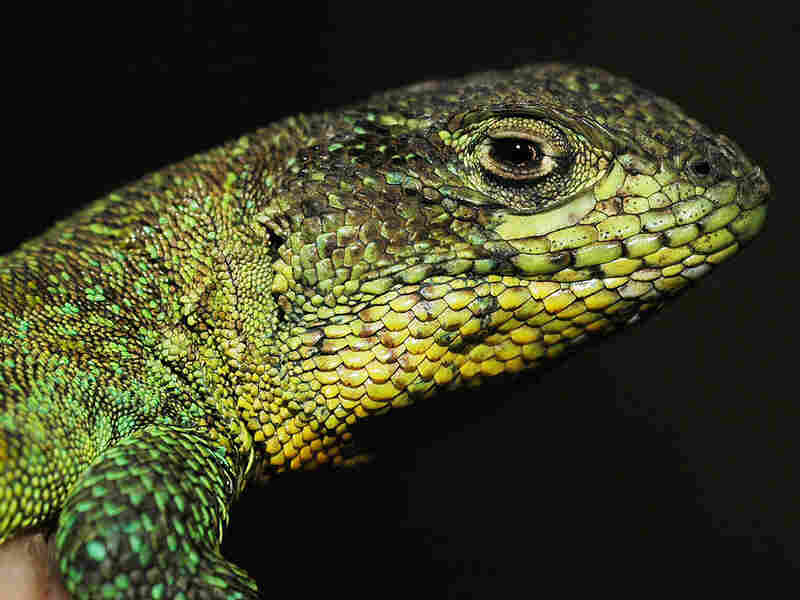 Species diversity has yet to be explored for many lizard groups of the world, as exemplified by this unnamed Liolaemus species from Bolivia. Many species could disappear before they are formally described. Ignacio De la Riva hide caption 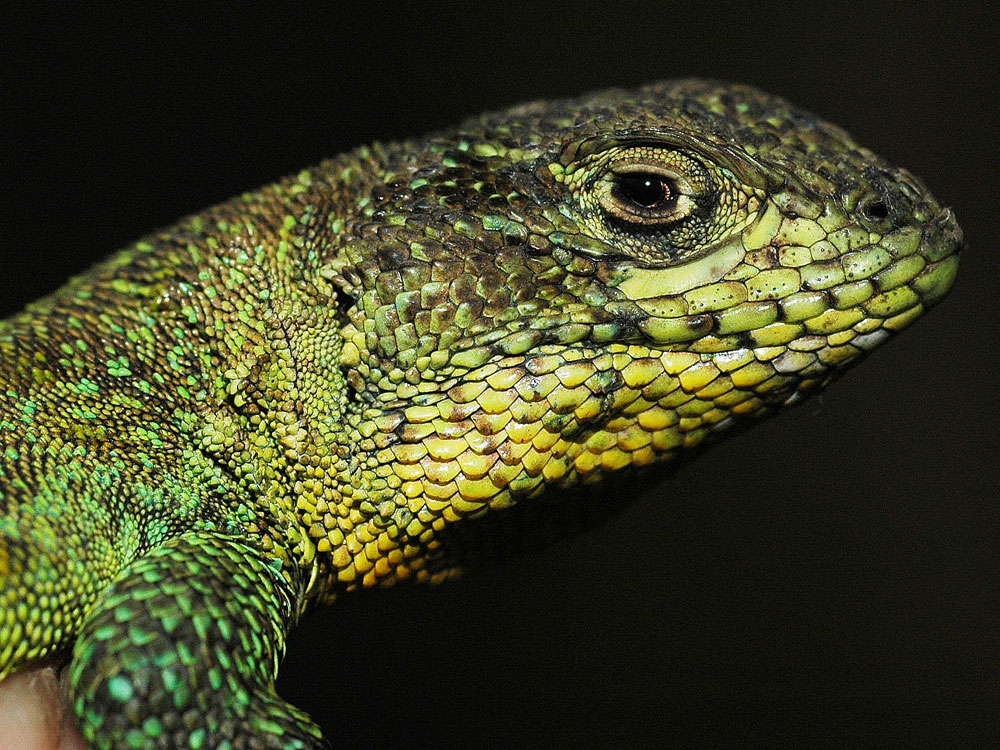 Species diversity has yet to be explored for many lizard groups of the world, as exemplified by this unnamed Liolaemus species from Bolivia. Many species could disappear before they are formally described.

Sinervo and his team found no evidence that logging or development was eliminating lizard habitats.

The scientists calculate that in Mexico, about 1 out of every 10 local populations has disappeared since 1975. And this occurred among many different species of lizard. Worldwide, it could be about 4 percent, and the team designed a computer model that predicts that the number will rise as the planet warms.

That's a calculation, he says, that gives him no pleasure.

"You know, you discover things in science and normally it's just this incredible event: 'Oh wow, I've discovered something new.' And this has been the most burdensome thing that I've ever discovered," he says.

"It will be the subject of intense scrutiny from other biologists," says biologist and lizard expert Raymond Huey, at the University of Washington in Seattle, "because I think that most people who work with lizards will be surprised."

Huey certainly was. One reason is that lizards generally do pretty well in hot environments. But not all of them, apparently.

One scientist who's seen this research says it's a reach to predict that other species of lizards around the world will respond the same way to climate change as the Mexican ones have. Some might be more adaptable, some less.

But Huey says even if the extinction numbers aren't exact, it's disturbing news.

"All of the data point in the same direction," Huey says.

He adds, "There are some times in science that one does something that one hopes is wrong. And I think all of us who study this problem hope that he's wrong. We don't want this to be true, because we like lizards."