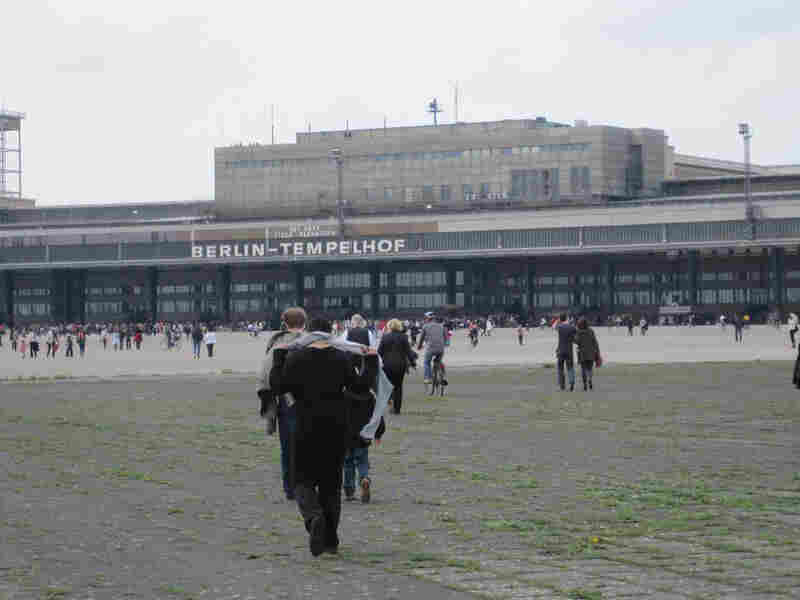 Tempelhof was the first airport in the world to utilize an underground railway. The airport closed in 2008. Monika Mueller-Kroll for NPR hide caption 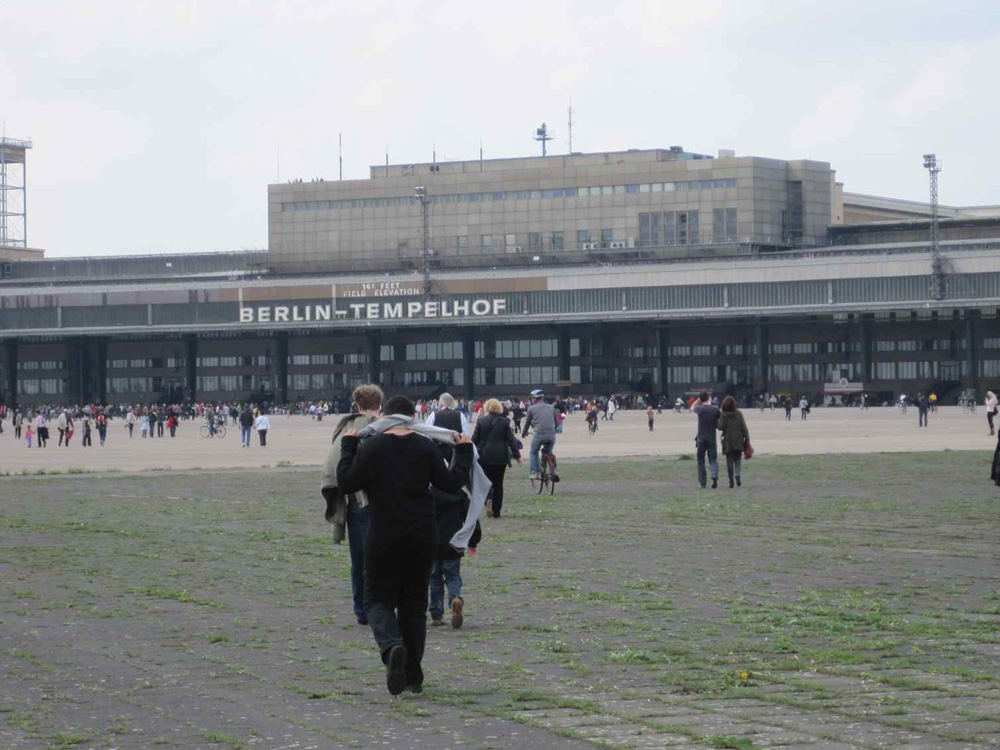 Tempelhof was the first airport in the world to utilize an underground railway. The airport closed in 2008.

Berlin has a new public park, and it’s bigger than the Tiergarten, closer in size to Central Park in New York.

The opening of the Tempelhof Park on the grounds of the former Tempelhof Airport comes a year and a half after the airport's closure. Over 200,000 people showed up to explore the huge open space, which consists of fields of grass and runways.

One of the spectators, Olaf, came with his entire family. He brought a blanket, some food and his kites. He feels the opening of the park is really positive, and the kite fest is a great symbol for it.

“There is a large kite community in Berlin, and the space is big enough for everybody, for all the different communities of interest,” he says. He also believes that if everyone can follow the park’s rules, Berliners will have the chance to really indulge in the new park.

Tempelhof Park is surrounded by a fence and is opened daily from six in the morning until sunset, restrictions which outraged a few demonstrators on the opening weekend. They argued that a public park should be accessible at all times.

Berlin resident Heike arrived with mixed feelings, but not because of the fenced-in environment.

She says it's a nice feeling to visit the park, with its huge meadow, but in her mind the historical nature of the place shouldn't have been abandoned for a park.

"The mother of all airports," as British architect Norman Foster once described Tempelhof, has become a playground for skaters, bikers and rollerbladers.

Sixty-one years after the Berlin Airlift, during which Allied pilots flew in provisions to supply the people of West Berlin, hundreds of kites filled the sky of the famous airport.

The urban oasis Tempelhof Park will change over time. The city plans to invest millions of Euros to cultivate the park for the 2017 International Garden Exhibit, which still leaves plenty of time for outdoor enthusiasts to enjoy a massive unstructured space in the middle of the city.