Accessibility links
Can Marijuana Ease PTSD? A Debate Brews Scientists say there needs to be more research to prove marijuana can ease PTSD symptoms. Activists counter that the federal government has blocked research and won't let the VA prescribe it. Veteran Paul Culkin, who grows marijuana in his garage in New Mexico, says small doses relieve his anxiety. 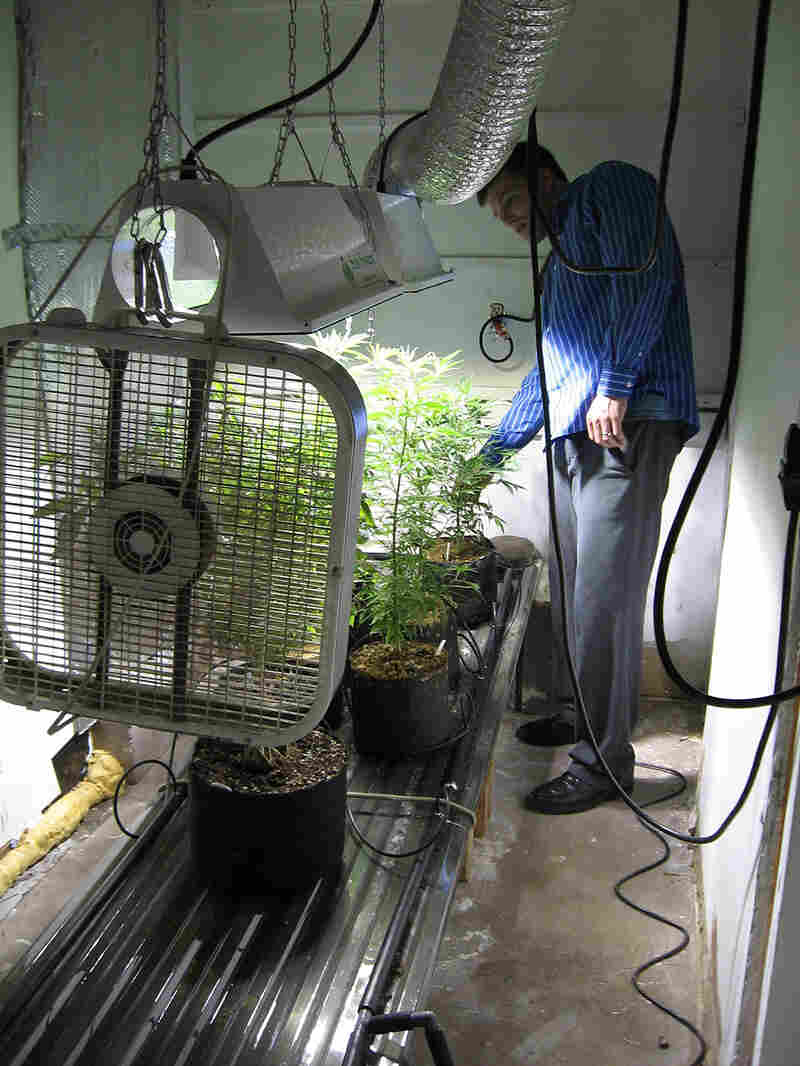 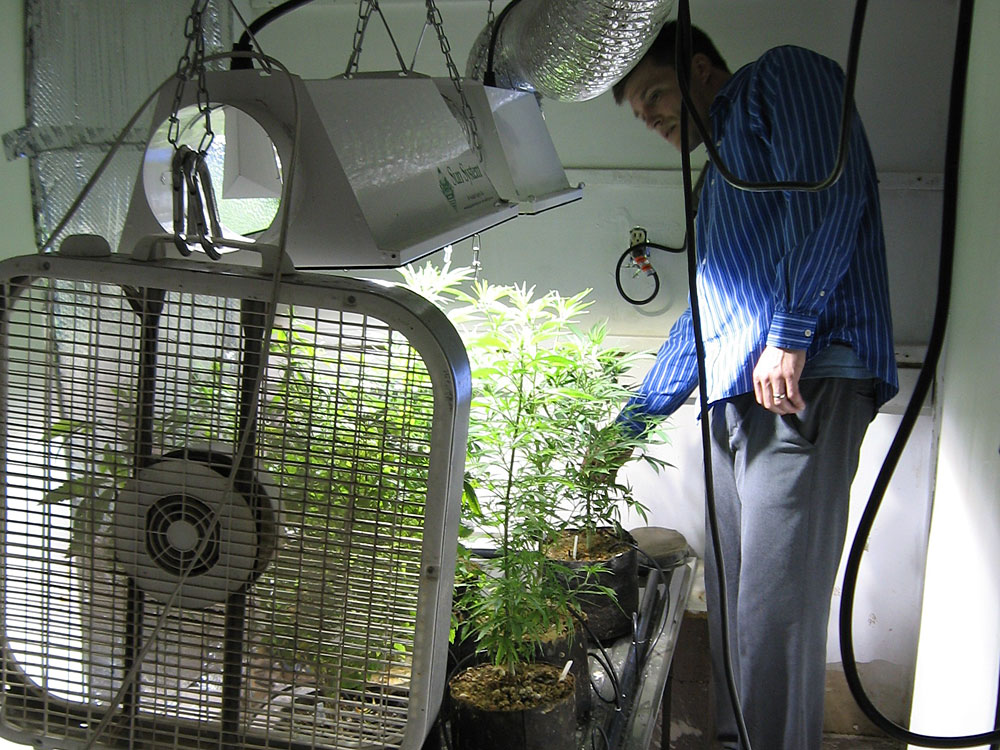 Veteran Paul Culkin created a small marijuana-growing operation in the garage of his suburban Albuquerque, N.M., home to help ease his PTSD.

The Department of Veterans Affairs finds itself in a difficult position because some vets want to use marijuana to treat symptoms of post-traumatic stress disorder. Pot possession remains illegal under federal law. The VA says that as a federal agency its doctors can't recommend using it.

The problem is especially acute in New Mexico, where one-fourth of the state's more than 1,600 medical marijuana patients are PTSD sufferers.

Paul Culkin of Rio Rancho, N.M., traces his PTSD back to 2004 when he was in Kosovo and part of an Army bomb squad. A car crashed into a business. The manager was inside trying to put out a fire. Culkin went in once to try to get him to leave, but he wouldn't go.

"The second time when I went in to get him out of there -- that's when the car bomb exploded and the glass hit me," Culkin says.

He recovered from the physical wounds, but years later the trauma of that moment can come back without warning.

"Sometimes you'll see a car that's just not in the right place and it'll send me back to that thinking that it could, possibly, be a car bomb," Culkin says.

Culkin started avoiding social situations and was quick to anger. He says the treatment he's received from the VA -- mostly counseling and antidepressant medication -- has helped. But, he says, marijuana also works well to relieve his anxiety.

To be legal in New Mexico, he had to go outside the VA system and pay for another doctor and a psychiatrist to recommend him for the state's medical marijuana program. Then he spent more than $1,500 to set up a small growing operation in his garage. 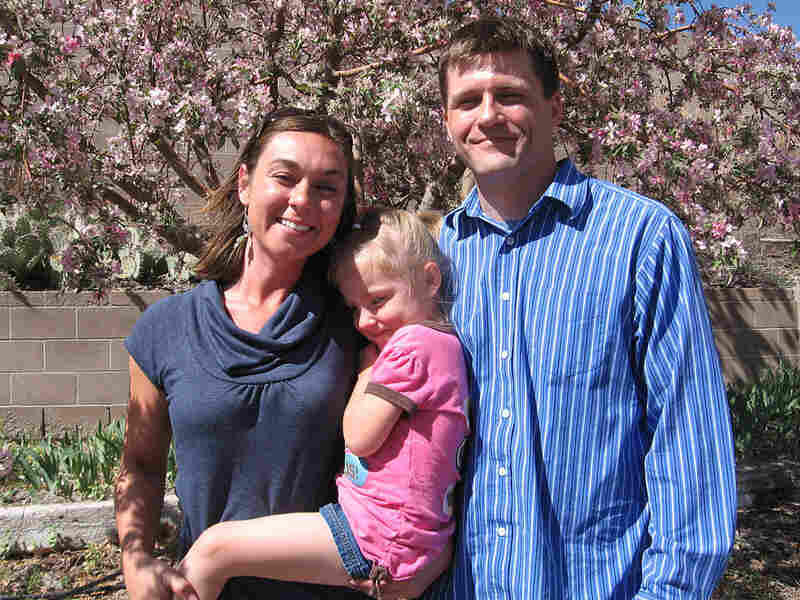 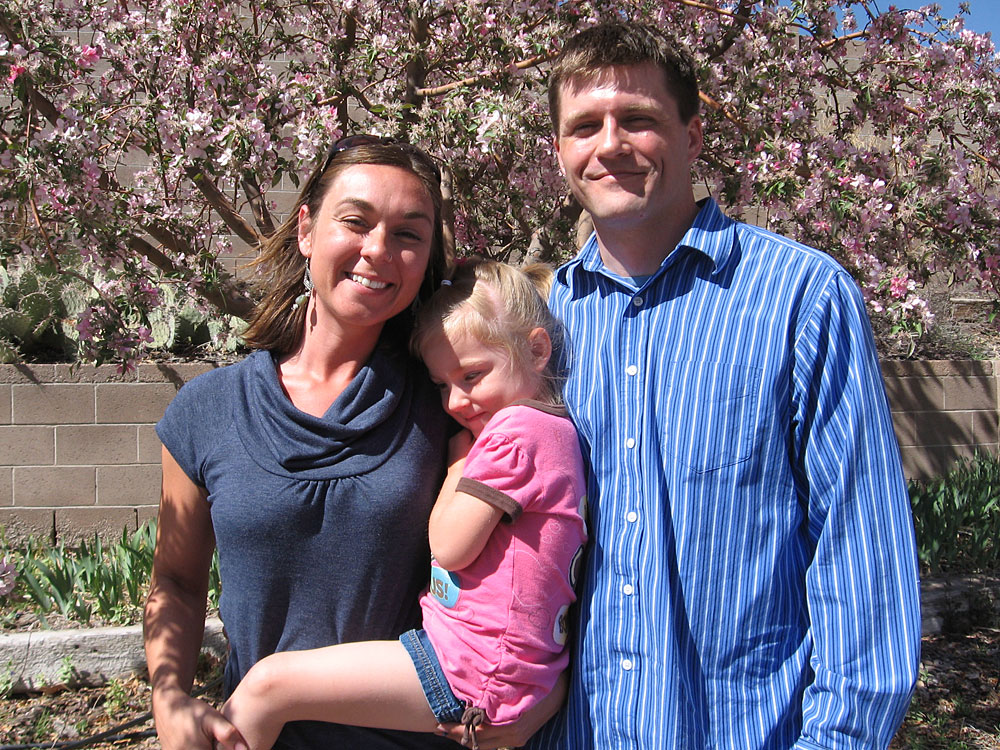 Victoria Culkin says that her husband Paul's marijuana use saved their marriage.

Culkin says he doesn't usually smoke the marijuana, instead choosing to dissolve an extract in hot chocolate or tea so he can control the dose better.

His wife, Victoria, says the marijuana has made a big difference.

"He's a different person. He's a better person. He's more open. He's more communicative," she says. "At one point, we almost got a divorce, and I can honestly say that I think medical cannabis saved our marriage and our family."

The Quest For Solid Research

Anecdotal evidence such as this hasn't swayed the VA. The agency responded to NPR's questions on the matter with this statement: "Based on guidance issued by the Drug Enforcement Administration and the Department of Justice, VA General Counsel has advised that completion of a state medical marijuana form is in violation of the Controlled Substances Act and subject to its enforcement provisions. Therefore VA physicians and practitioners may not participate in state medical marijuana programs. VA has addressed issues/questions regarding medical marijuana separately as they have arisen but is in the process of developing national policy."

Meanwhile there are still questions about marijuana's effectiveness, especially in the medical community. 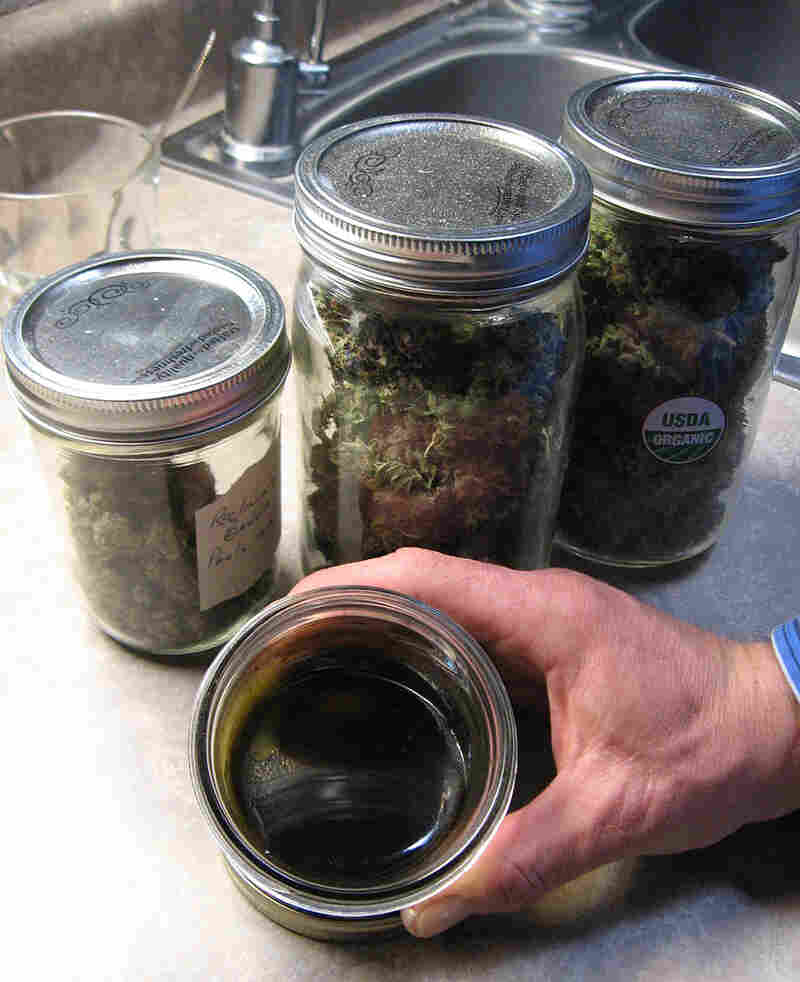 Instead of smoking marijuana, Culkin stirs a homemade extract of marijuana into hot chocolate or tea to control the dosage. Culkin says he doesn't use marijuana to a level that he loses control. Jeff Brady/NPR hide caption

"There is no solid evidence that cannabinoids -- that marijuana -- is, in itself, an effective treatment for post-traumatic stress disorder," says Dr. David Spiegel, director of the Stanford Center on Stress and Health. "Before anyone can claim that, there needs to be some more solid research on that topic."

Spiegel says recovery from trauma begins with the victims regaining control, over both their bodies and their mental reactions to the traumatic event. Smoking marijuana could make that more difficult, he says.

"The last thing you want is to be losing control at a time when you're remembering an event in which you lost control," Spiegel says.

Culkin says he doesn't use marijuana to a level that he loses control.

"There is a difference between medical cannabis and what you did back in college," Culkin says. "Smoking in the dorm room and listening to Pink Floyd is not what medical cannabis is about."

Culkin's experience has turned him into an activist. He started an informal patients group a few months back and has become a spokesman for others who believe they were helped by marijuana.

The arguments around marijuana and PTSD start running in circles at a certain point. Scientists say more research is needed. Activists counter that the federal government has blocked research because marijuana is illegal. The American Medical Association has called for controlled studies to settle this and other questions about the effectiveness of marijuana.

Meanwhile, policymakers in states with medical marijuana programs have to make decisions now, and they're reaching different conclusions. While New Mexico found there's enough evidence to approve marijuana use for PTSD, next door in Colorado lawmakers recently rejected a similar proposal.

Plummeting Marijuana Prices Create A Panic In Calif. May 15, 2010
California Voters Could Legalize Pot In November March 25, 2010
The Highs And Lows Of Marijuana Oct. 20, 2009

The audio version of this story incorrectly refers to the federal agency that handles veterans' affairs as the Veterans Administration. The agency's correct name is the Department of Veterans Affairs.