Accessibility links
Obama Blasts Oil Execs For Gulf Spill Finger-Pointing All parties, including the government, must take responsibility if they failed, he says, citing "ridiculous spectacle" at Hill hearings. The president also vows to put an end to the "cozy relationship" that he says has existed for years between the oil industry and federal regulators. 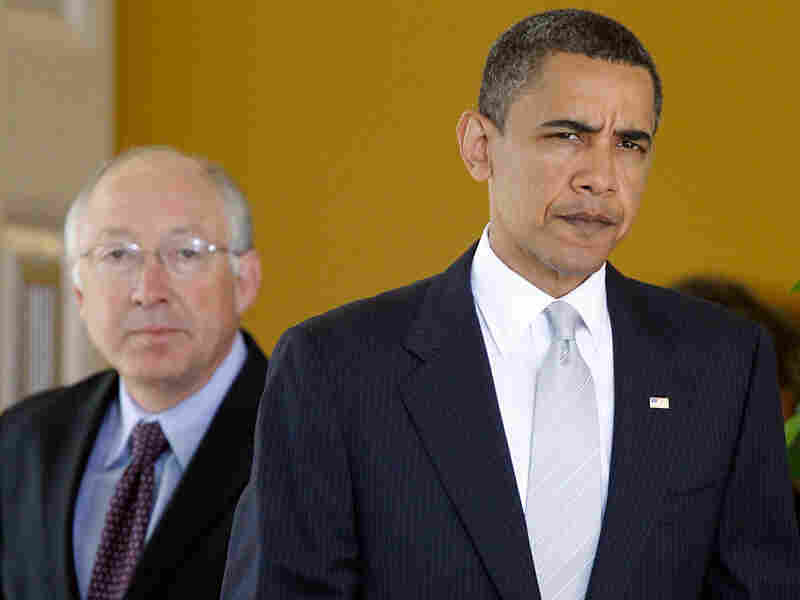 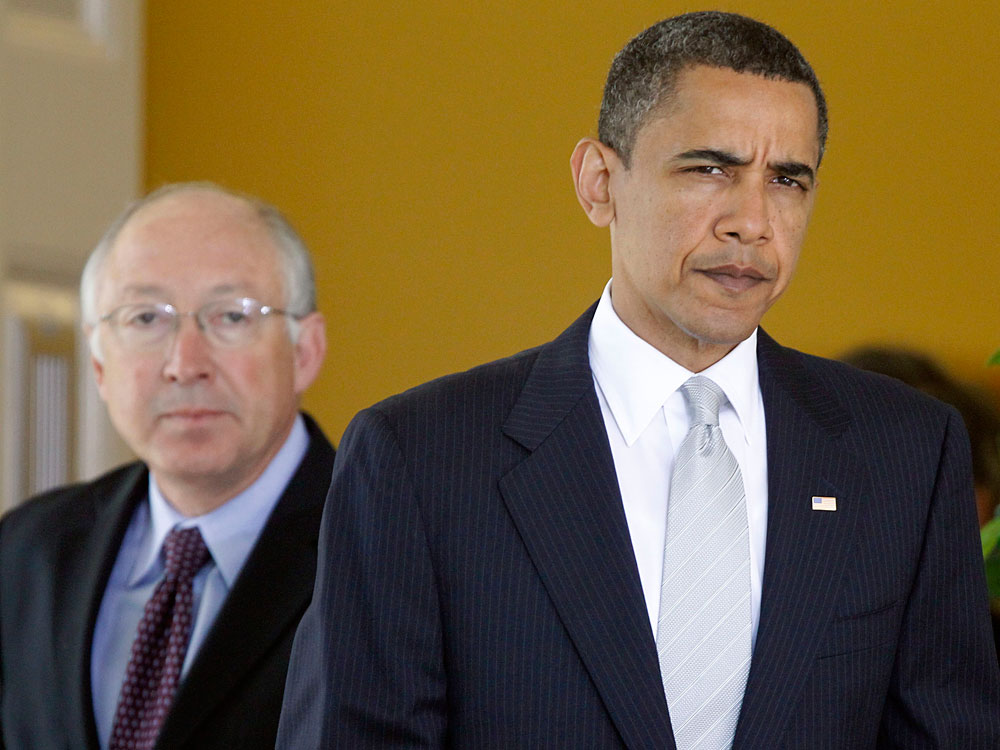 President Obama says this week's finger-pointing by oil companies involved in the Gulf Oil spill was a "ridiculous spectacle."

President Obama had harsh words Friday for the "ridiculous spectacle" of oil industry finger-pointing over the Gulf of Mexico rig disaster that has created one of the largest spills in U.S. history.

The president also denounced the "cozy relationship" that he said has existed for years between oil companies and federal regulators that critics say led to lax enforcement of safety regulations. Obama said new legislation would be introduced to ensure that BP, which operated the blown-out Gulf well, pays for the damage -- and not U.S. taxpayers.

"I did not appreciate the ridiculous spectacle at congressional hearings," Obama said at a Rose Garden news conference, referring to testimony this week from executives of BP, rig owner Transocean and Halliburton, which was doing cement work on the oil pipeline in the hours before the Deepwater Horizon rig exploded and sank last month.

At a hearing of the Senate Energy and Natural Resources Committee, BP America Chairman Lamar McKay laid the blame for the blast on Transocean, which also owned the fail-safe mechanism that malfunctioned and allowed the gusher. Transocean CEO Steven Newman countered that offshore drilling projects "begin and end with the operator -- in this case, BP." He also suggested that Halliburton's cement work, completed just 20 hours before the explosion, could have stopped the blowout preventer from working.

Spill Forces Layoffs In 'Seafood Capital Of The World'

Spill Forces Layoffs In 'Seafood Capital Of The World'

The executives were "falling over each other to point the finger of blame at somebody else," Obama said. "The American people could not have been impressed with that display, and I certainly wasn't."

Obama said he shared the "anger and frustration" felt by many Americans, and he acknowledged differing estimates about just how disastrous the damage from the leak could become. He said the administration's response has "always been geared toward the possibility of a catastrophic event."

"I'm not going to rest until the leak is stopped at the source," the president said.

As Obama spoke, BP engineers were using robotic submarines to try to thread a tube into the ruptured Gulf of Mexico pipeline to reduce the flow of the spill, which the company's chief executive characterized as relatively small .

The British oil giant hoped to move the 6-inch tube into the leaking 21-inch pipe, seal it in place and use it to channel oil to the surface. That could happen by later Friday, company officials said.

The tube is a variation on an earlier failed attempt to lower a containment dome over the rupture. That plan was scuttled last weekend when the dome, known as a cofferdam, immediately clogged.

BP CEO Tony Hayward told Britain's The Guardian newspaper that the spill was small in proportion to the Gulf.

"The Gulf of Mexico is a very big ocean. The amount of volume of oil and dispersant we are putting into it is tiny in relation to the total water volume," Hayward said.

The National Oceanic and Atmospheric Administration and BP have estimated that about 5,000 barrels of petroleum have been pouring into the Gulf each day. But an exclusive analysis of seafloor video conducted for NPR shows the leak could be 10 times greater than the official figure. 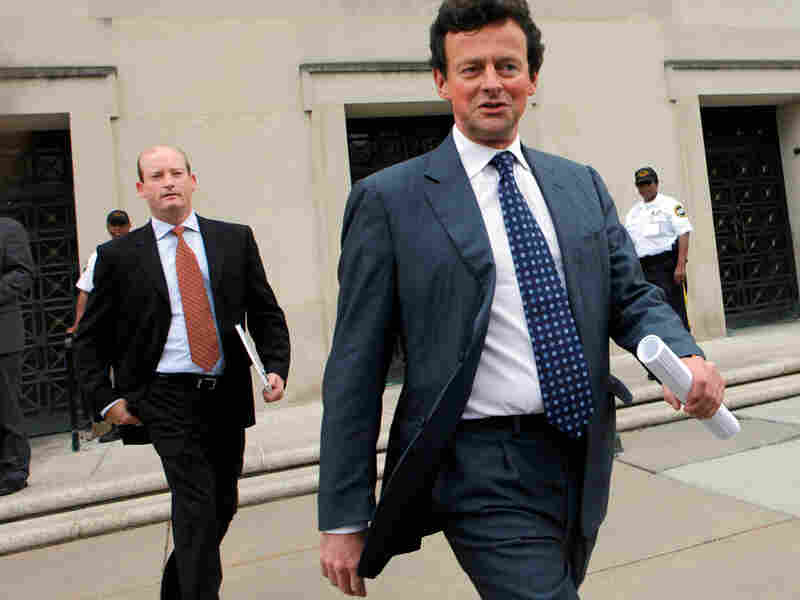 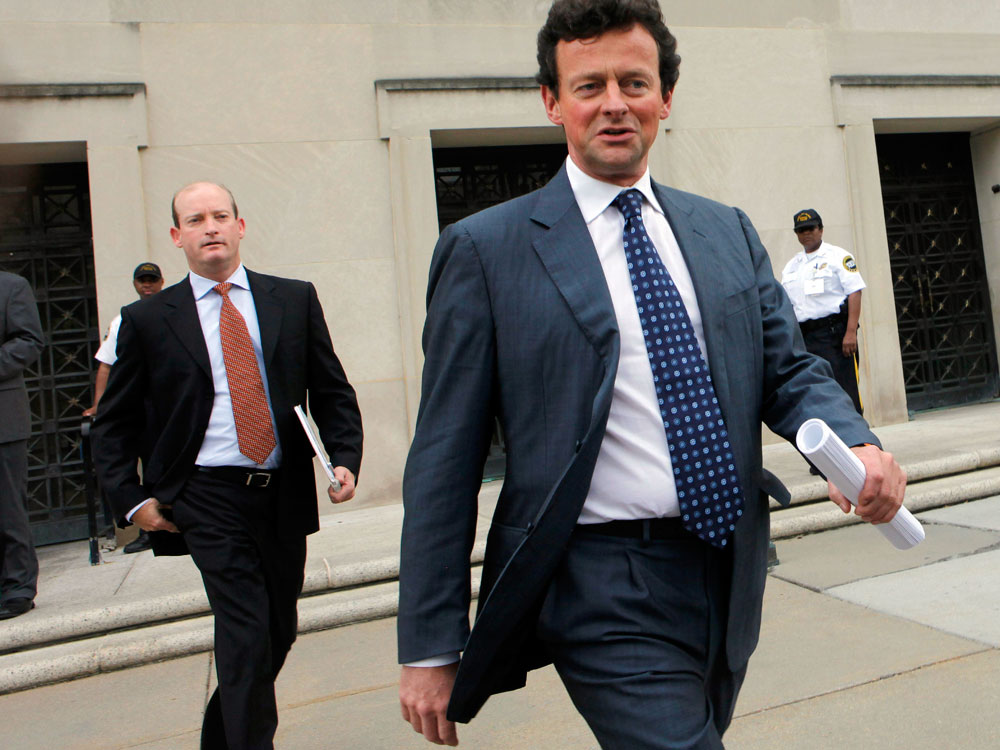 In response to this and other leak analyses, Rep. Edward Markey (D-MA) sent a letter to BP asking for clarification on the flow estimate.

"The public needs to know the answers to very basic questions: How much oil is leaking into the Gulf, and how much oil can be expected to end up on our shores and our ocean environment?" Markey wrote.

"Since the beginning, we've said it's very difficult to put a precise number on this," he said Friday on CBS' The Early Show. "The two things we know is what we see through the video and then what we can measure on the surface.

"We think that's a reasonable estimate, but it's highly uncertain," Suttles said.

At a news conference Friday, U.S. Coast Guard Adm. Thad Allen cautioned that looking at video is a two-dimensional representation of a three-dimensional phenomenon when it comes to estimating the flow.

"I would urge us all to remember that we are operating in an environment where there is no human access," Allen said. He added that from the beginning, the Coast Guard had planned for a much larger spill than was originally estimated.

Allen said the slick was no longer "a large monolithic spill" but had instead broken up into smaller slicks. That was both good and bad, he said, because while it might be easier to deal with in smaller chunks, it also allowed the oil to be more widely dispersed.

Meanwhile, the New York Times reported Friday that Department of the Interior's Minerals Management Service granted BP and dozens of other oil companies rights to drill wells in the Gulf of Mexico without first acquiring the proper permits from the government agency that evaluates the impact on endangered species.

One of those wells was the one drilled at the Deepwater Horizon site.

The Times also reported that the MMS routinely overruled its staff biologists and engineers if they raised safety or environmental concerns over drilling in the Gulf and in Alaska.

The National Oceanic and Atmospheric Administration is charged with protecting endangered species and marine mammals. NOAA has said that it repeatedly warned MMS that drilling in the Gulf would affect that wildlife, according to the newspaper.

The MMS is currently responsible for collecting more than $10 billion a year in royalties from oil and gas drilling as well as enforcing laws and regulations that apply to drilling operations.

But the agency has been accused by critics of being too close to the oil industry. In 2008, an inspector general report found that workers at the MMS royalty collection office in Denver partied, had sex and used drugs with energy company representatives. The MMS workers also accepted gifts, ski trips and golf outings, according to the report.

On Tuesday, Interior Secretary Ken Salazar unveiled a plan to divide the minerals agency in two. One unit would be charged with inspection and oversight of oil rigs, and another would manage leases for drilling.

Details of what may have caused the April 20 rig explosion and leak off the Louisiana coast emerged this week for the first time during congressional and administrative hearings. Testimony suggested there were both crew mistakes and equipment breakdowns. The hearings also uncovered several deficiencies in the blowout preventer that kept it from functioning as designed.

If the tube being inserted into the pipeline doesn't work, BP could try a second, smaller containment dome that would be placed over the well and also would channel the oil to the surface.

Another possibility being considered involves shooting pieces of tires, golf balls, knotted rope and other items into the blowout preventer that's allowing some of the oil to escape. The hope is that the junk will fill the appropriate holes and allow BP to seal off the well.

BP also has sprayed chemicals on the oil to break it up into smaller droplets, with about 4 million gallons of oily water recovered.