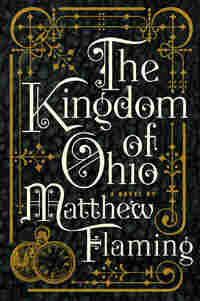 Whether beautiful or terrible, the past is always a ruin.

When I look back on my childhood, my earliest memories seem like artifacts from a lost civilization: half-understood fragments behind museum glass. I remember the spherical alcohol lamp that glowed like a tiny ghost, ringed with dancing blue flames, which hung over the dining room table of the house where I grew up. I remember the sweet, oily smell of coal smoke, and the creaking of horse-drawn carriages on the dirt road outside. Most of all I remember the summer twilight over the mountains and how, on certain evenings, just before the sun sank below the horizon, it cast rays so luminous and golden that they felt like a solid, enveloping close into which a small boy could simply disappear. An intensity no light today seems to match.

These images appear as snapshots of a vanished world -- literally vanished, considering how much has changed between those years and the present day. Since then, airplane flights linking the continents have transformed once-in-a-lifetime voyages into matters of a few hours spent in a comfortable seat. Things like telephones and automobiles, once improbable rarities possessed only by the very rich, are now taken for granted by average people. When I was young, the changing of the seasons was the most important punctuation of life: ancient rhythms that have since been replaced by electric lights that turn night into day and fragment each day into electronic-precision intervals measured by the punch-clock instead of the almanac.

Now, watching the young men and women dressed in skintight leotards rollerblade past the bench where I like to watch the sun sink over the Pacific on these warm Los Angeles evenings, I know that my world no longer exists. It has vanished utterly, and would be incomprehensible to these self-satisfied, bright-faced youths.

Thanks to the genius of human invention, things have sped up until I can hardly keep track anymore: the new-new internet, the new world order, the next big thing that seems to arrive every day (if the newspapers are to be believed). Carried on the tide of progress, we all seem to be fast-forwarding into a future where our memories become irrelevant relics from a useless and discarded past.

Let me be clear: I don't mean to glorify the "good old days," or to condemn the contemporary milieu. Whatever charms the past may have had, I don't believe those bygone times were any better than the present (at least, apart from my own preferences -- and I won't pretend to speak for anyone other than myself). Instead, what I'm trying to explain is that I am a kind of dinosaur: a member of a near-extinct species, fumbling with arthritic talons on the typewriter keys as I write these pages.

Several years ago I took a composition course at the local community college. During those sensitivity-laden sessions (where bad prose was miraculously transformed into "challenging work," and cliche into "irony"), the instructor taught us that a story should start by making clear where the narrator stands, establishing the voice. And that's what I'm hoping to do here -- only, rereading these last few paragraphs, I see that it doesn't seem to be working. And to be honest, clarity in general isn't one of my strengths these days. So maybe it's best if I begin (again) by simply explaining how it all began.

It was two years ago when the little bells above the entrance to the antiques store tinkled and the door swung open, a sweating delivery man staggering through. I looked up from the book I'd been reading and stood.

"Got a shipment for you," he announced, dropping the packages next to my desk. "Need your signature." I wrote my name on the screen that he shoved in my direction. "See you around, boss." He gave me a thumbs-up gesture before departing into the brightness of the world outside. I looked down at the three large boxes.

It had been almost a decade since I'd opened my antiques store, and by then it was a reasonably successful business, located in a middle-class Los Angeles suburb. I should emphasize that I didn't start the business because I was ambitious. In fact, I had opened the store for quite opposite reasons: as a refuge, a way of retreating from life. Despite my decades of trying to feel comfortable in the world, I had never really managed to fit into this place (this sprawling California city with its constant noise, its nirvanas of vitamin juice and self-realization -- or this twentieth century in general, for that matter). The store was intended to be a place where I could hide, where I could be alone and let the world forget me.

To my surprise, although I didn't have much in the way of a gift for salesmanship or knowledge of antiques, the shop provided me with a modest but healthy income, until a larger, more polished antiques store opened a few blocks away. Since then, to compete, I'd been forced to sell less furniture and more historical knickknacks. For the most part these were old magazines and books that I purchased in bulk, mainly from estate sales in the Midwest: inexpensive curiosities that might attract casual shoppers who wandered in to purchase a fragment of the past.

Through the small windows of the shop, dusty beams of sunlight illuminated the cluttered interior of the space: the worn upholstery of armchairs, an assortment of Edwardian-era dressing tables with age-silvered mirrors, a curio cabinet bearing a row of ormolu clocks (all motionless, since I couldn't stand the sound of their ticking). Outside, the shapes of palm trees shimmered in the heat.

I slit the packing tape on the first of the boxes and began to inventory its contents. Issues of Time magazine and Life magazine, covers displaying images of celebration and catastrophe. A newspaper clipping and a small black-and-white photograph that had been taped together fell out of one of the magazines and I stooped to pick them up, glancing at the picture. A snapshot of three people sitting at a table in a bar, two men and a woman.

The next thing I remember was the door swinging open, a young couple entering the shop. I looked up from the photograph, trying to wipe away my tears with shaking hands. The couple stared at me and I stammered something about the store being closed. They hurried away, and I closed my eyes again.

I told myself that the photograph didn't make any difference or change anything. But already I understood that, whatever I might want to believe, everything had changed. All my efforts at forgetting and indifference were abruptly meaningless. Like it or not, I would have to go back and unbury everything. Somehow I would have to find a way of telling this story: of salvaging some fragment from the scrap heap of the past.

It has been two years since then, and I'm still struggling to fit the pieces together. At one time I imagined that I could be a good scholar, but if I'm honest with myself I never was -- and, at any rate, I'm too old for such efforts now. Despite my hours spent hunched over library books and staring at the glowing hieroglyphics of computer screens, I still can't prove anything.

More than once, in fact, I told myself that writing this story was a waste of time, a lost cause. But in the end, the cunning of desire always triumphs over the cunning of reason. (Or, as Byron put it, "There is no instinct like that of the heart.") So that even after I'd decided to give up, at the least expected of times -- sitting in my apartment, watching the electric nighttime silhouette of Los Angeles -- it would all come crowding back to me…

Well, at least it's a good story. (Of course I'd have to say that, wouldn't I? But really: it is.) It's a story about conspiracies and struggles to reshape the world; about secret wars between men like J. P. Morgan, Thomas Edison, and Nikola Tesla. It is about one of the strangest and least-known mysteries of American history: the existence and disappearance of the Lost Kingdom of Ohio. It is about science and faith, and the distance between the two. Most of all, it's a story about a man and a woman, and about love.

In my imagination, it begins with a day in the heart of winter. I can picture it effortlessly: the gray sky and the leafless trees, the solemn profile of a young woman standing near a riverbank. A whisper of cold on my cheek as I look up to see the first flakes of snow beginning to fall --

But that's not right. That scene comes much later -- or, looking at it another way, much earlier. Really, the only place I can honestly begin is in the middle of things, with New York City, in the year 1900. With the construction of the first subway tunnels through the dark bedrock beneath the metropolis, and with a young man so distant from where I sit now that he seems an unrecognizable stranger: a mechanic, an adventurer, and perhaps also a criminal, named Peter Force. 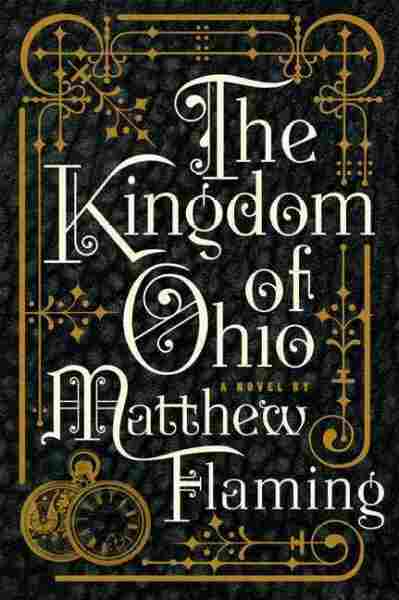 The Kingdom of Ohio