Accessibility links
The Rolling Stones' Keith Richards: An 'Exile' In France Released in 1972, The Rolling Stones' Exile on Main Street was a fat collection of rock 'n' roll at its roughest and bluesiest. Nearly four decades later, it's a classic. In the center of the veritable circus surrounding the band was Keith Richards' villa in the south of France, where the album was recorded. 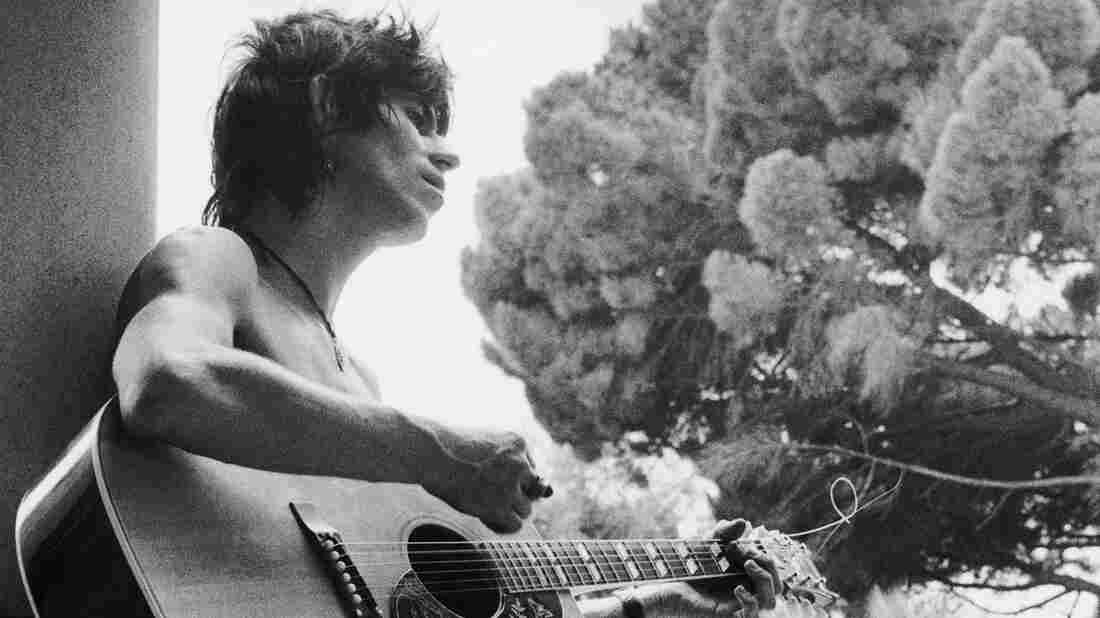 Keith Richards says he can still smell the hot and dusty basement where The Rolling Stones recorded Exile on Main Street. How did it smell? "Indescribable." Dominique Tarl hide caption

Don Was Revisits 'Exile On Main Street' May 16, 2010
Liz Phair, Robert Randolph And Others Discuss Their Favorite 'Exile' Tracks May 13, 2010

In the summer of 1971, guitarist Keith Richards worked up a riff to a song that we'll probably dance to forever.

"I loved the riff," Richards says. " 'Tumbling Dice' is very much like 'rolling stone.' It has the same connotations."

"Tumbling Dice" was one of the few hits on The Rolling Stones' Exile on Main Street. Released in 1972, the album was a fat collection of rock 'n' roll at its roughest and bluesiest. It was a little too raw for many critics and fans. Nearly four decades later, Exile is now a classic. On Tuesday, the album will be re-released with bonus tracks found in the band's archive. (We'll ask Mick Jagger about that tomorrow.)

But part of the story of Exile on Main Street was the band's actual exile in order to avoid tax problems in Britain. The band landed in the south of France and was soon in the midst of a veritable circus of traveling musicians, girlfriends, poets, drug dealers and miscellaneous hangers-on.

Out Of The Basement

At the center of it all was Richards' villa and the basement where it began to make the music.

"Basically because we could not find a studio in the south of France that we felt that we could record in, so we kind of got there by default," Richards says. "We thought, 'Well, we'll just rehearse in my basement while we find a place to record.' After a couple of weeks, we just looked at each other and sort of gave up looking anywhere else. We got it here, you know?"

It was summertime when the band decided to stick it out in the basement, but the house was full of people.

"Really, all that was happening in the house was peripheral to us," Richards says. "I was writing songs in the afternoon and then recording them at night. We were trying to keep up with the pace of the band. Mick [Jagger] and I were frantically writing songs, so there wasn't much time for partying."

There was definitely some partying going on, but Richards and Jagger didn't have much to do with it.

"We'd be down there all night," Richards says. "We used to have a little [surface] to play cards on when we weren't recording. You start to become a troglodyte or something."

The basement itself was hot and dusty. Richards says he can still smell it.

"It's sort of indescribable," he says. "I'll leave it to your imagination."

Come On, Get 'Happy'

But Exile on Main Street wasn't all grime and grit. Out of that basement also came "Happy."

"It was afternoon and I was trying to put some songs together for the evening. And suddenly I hit those opening chords," Richards says. "Jimmy Miller, the producer, was there, and Jimmy said, 'Let's just put that down on tape to remember it for later.' I did it in two takes with Bobby Keys playing baritone sax and Jimmy Miller played drums. It's the way you like them -- songs that just crop up out of nowhere, and before the song goes down, it's in the can."

Morning Edition host Renee Montagne wonders how Richards came up with these lines from "Happy":

Well, I never kept a dollar past sunset / It always burned a hole in my pants / Never made a school mama happy / Never blew a second chance.

"You can start off with one line, and you've got maybe two seconds to come up with another one. You're bypassing the thought process and you're just seeing what comes out," Richards says. "If it doesn't work, then you just rewrite. Other times, you wanna do these things on the knife edge -- you really don't know what you're going to say next. It saves a lot of paper."