Accessibility links
Janelle Monae: A Dance Musician Who Dreams In Science Fiction She sports tuxedos and a sky-high pompadour. Her music blends James Brown, David Bowie, Nona Hendryx and Kraftwerk. And she says her new album, The ArchAndroid, which depicts an imaginary intergalactic world, came to her largely in her sleep. 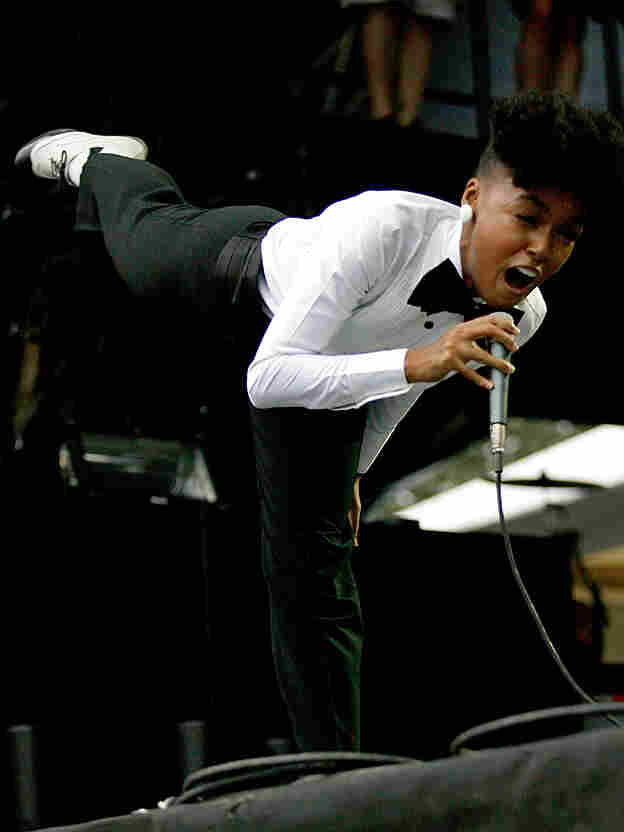 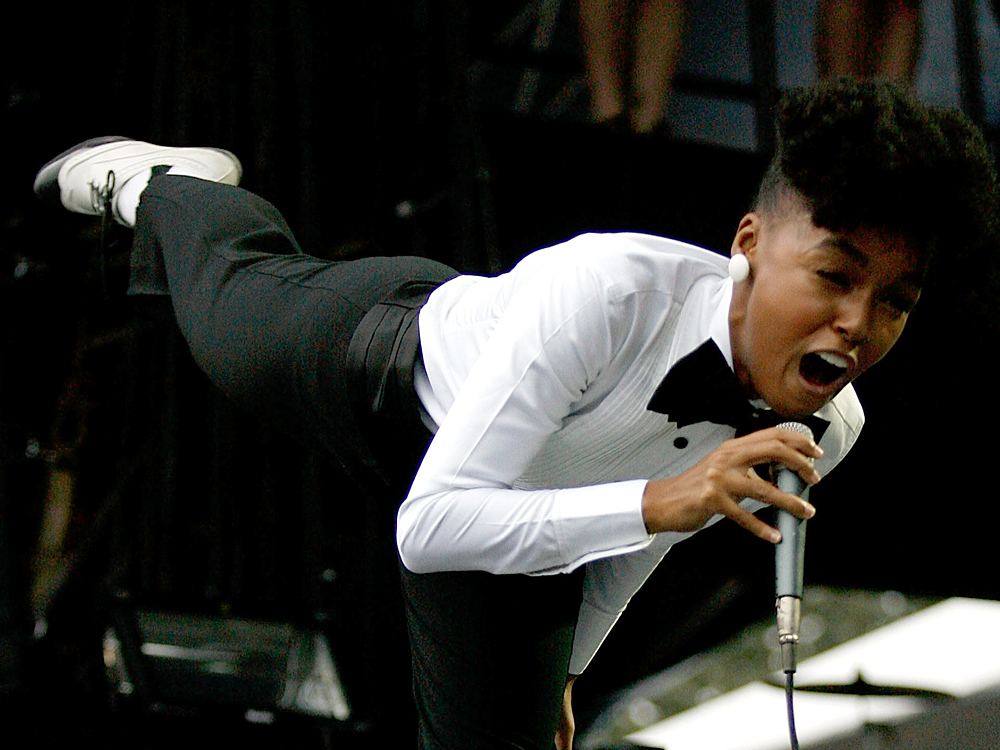 Janelle Monae performs in New Orleans in October 2009. Soon afterward, she revealed the title and concept of her new album, The ArchAndroid.

Janelle Monae is hard to pin down.

She plays indie-rock festivals and the R&B circuit. She sports tuxedos and a sky-high pompadour. And her musical influences seem to include a blend of James Brown, David Bowie, Nona Hendryx and Kraftwerk.

Her musical journey began in Kansas City, where she was pained by her father's drug addiction but also pushed by a mother who focused on education.

"A lot of the people that I was hanging out with didn't really have a lot of goals," she says. "And I felt myself ending up walking dead. ... I just think my own ambition would not allow me to sit on the gifts that my creator had given me. And so that's when I realized that I could actually go away. I could go to New York and lead by example, and show that just because you come from a small little town in Kansas -- which is [in] the poorest county [in the state], Wyandotte County, that's where I grew up in -- that you definitely have a choice."

Now based in Atlanta, Monae has finished a new release: an epic, full-length concept album called The ArchAndroid. It's an extension of the imaginary intergalactic world she created in her breakout EP, Metropolis: The Chase Suite.

In an interview with All Things Considered host Michele Norris, Monae talked about the role of fantasy and magic in her music.

"I believe that imagination inspires nations," she says. "It's something that I live by. And I've always been a lover of Walter E. Disney, Salvador Dali, surrealism, Octavia Butler ... you know, science fiction in general."

Monae has gathered a crew of fellow creative thinkers -- "thrivals," she calls them -- in Atlanta's Wondaland Arts Society, an artist collective and her record label. The organization's ranks include visual artists, graphic novelists and screenwriters.

"I think it's very important that there's another blueprint to how an artist can actually break into the music industry and shift the energy -- in a very positive way, of course," Monae says. "So, yeah, we wear black and white. We wear tuxedos. And music is our weapon."

The ArchAndroid is filled with many varying production techniques. From song to song, Monae's voice might be masked or modulated in different ways.

"This project dealt with a lot of self-realization," she says. "And in the process of me telling the story, and helping come up with the music, I just learned a lot about myself. ... So if my voice has a different texture to it, or if the tone switches up, I think the characters in Metropolis were moving through me. And I had to expose them."

Monae says that many of the songs on the record came to her in dreams. Luckily, she had her iPhone by her bedside, so she could wake up and dictate her ideas.

"I was just so anxious," she says. "As soon as I would get up, it's like, 'Oh, man. This song was absolutely gorgeous. I cannot panic, or I'm going to forget the string arrangements. I'm going to forget how my voice is supposed to sound.' So I would hop up -- if it were 6 in the morning, 9 in the morning, you name it. I had to make myself available. And that's what I think is very important as an artist: You have to listen [when] your maker is saying, 'OK, you need to say this.' "

With so many textures to The ArchAndroid, it takes on something of a cinematic vision. It's being marketed the way a summer blockbuster might be, complete with a trailer, movielike posters in cities nationwide and a new video for the single "Tightrope."

"We like to think of The ArchAndroid as an 'emotion picture' for the mind," Monae says. "I do believe that it will transform you. You won't know it; you'll have to listen to it maybe a couple times. But I think it prepares your palate for more diverse music."

Of course, while the music is informed by an overarching artistic concept, Monae says that she and her team made sure to make fun songs for people to dance to.

"I also want to make it clear as well," she says, "one of the first responsibilities was to make sure that we created some jammin' music."