Excerpt: 'Anthropology Of An American Girl'

Excerpt: 'Anthropology Of An American Girl' 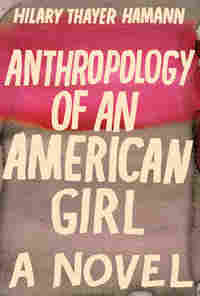 Kate turned to check the darkening clouds and the white arc of her throat looked long like the neck of a preening swan. We pedaled past the mansions on Lily Pond Lane and the sky set down, resting its gravid belly against the earth.

"Hurry," I heard her call through the clack of spokes. "Rain's coming."

She rode faster, and I did also, though I liked the rain and I felt grateful for the changes it wrought. Nothing is worse than the mixture of boredom and anticipation, the way the two twist together, breeding malcontentedly.

I opened my mouth to the mist, trapping some of the raindrops that were just forming, and I could feel the membranes pop as I passed, which was sad, like breaking a spider's web. Sometimes you can't help but destroy the intricate things in life.

At Georgica Beach we sat on the concrete step of the empty lifeguard building. The bicycles lay collapsed at our ankles, rear wheels lightly spinning. Kate lit a joint and passed it to me. I drew from it slowly. It burned my throat, searing and disinfecting it, making me think of animal skins tanned to make teepees. Indians used to get high, and when they did, they felt high just the same as me.

"Still do get high," I corrected myself. Indians aren't extinct.

"What did you say?" Kate asked.

"Nothing," I said. "Just thinking of Indians."

Her left foot and my right foot were touching. They were the same size and we shared shoes. I leaned forward and played with the plasticcoated tip of her sneaker lace, poking it into the rivet holes of my Tretorns as the rain began to descend halfheartedly before us. In my knapsack I found some paper and a piece of broken charcoal, and I began to sketch Kate. The atmosphere conformed to her bones the way a pillow meets a sleeping head. I tried to recall the story of the cloth of St. Veronica -- something about Christ leaving his portrait in blood or sweat on a woman's handkerchief. I imagined the impression of Kate's face remaining in the air after she moved away.

"Know what I mean?" she was asking, as she freed a frail charm from her turtleneck, a C for Catherine, lavishly scripted.

"Yes, I do," I said, though I wasn't really sure. I sensed I probably knew what she meant.

Sometimes our thoughts would intertwine, and in my mind I could see them, little threads of topaz paving a tiny Persian byway.

My hand sawed across the paper I was sketching on, moving mechanically, because that's the way to move hands when you're high and sitting in an autumn rain. Autumn rains are different from summer ones. When I was seven, there were lots of summer rains. Or maybe seven is just the age when you become conscious of rain. That's when I learned that when it rains in one place, it doesn't rain all over the world. My dad and I were driving through a shower, and we reached a line where the water ended. Sun rays windmilled down, and our faces and arms turned gilded pink, the color of flamingos -- or was it flamencos?

"Flamingos," Kate corrected. "Flamenco is a type of dance." I remember spinning around in the front seat of the car to see water continuing to fall behind us on the highway. That was the same year I learned that everyone gets eyeglasses eventually and that there's no beginning to traffic. That last thing bothered me a lot. Whenever I got into a car, I used to think, Today might be the day we reach the front.

The rain let up. I stood and gave Kate my hand. "Let's go to the water." She stood too, wiping the sand off the back of her pants, half- turning to check herself, stretching one leg out at a five o'clock angle, the way girls do. We walked our bikes to the crest of the asphalt lot and leaned them against the split rail fence.

The sea was bloated from the tide. It was dark and thick on top: you could tell that underneath there was churning. A hurricane was forming off the coast of Cuba, and Cuba isn't far from where we lived on the South Shore of Long Island, not in terms of weather. Surfers in black rubber sat slope- backed on boards near the jetty, waiting for waves, steady as insects feeding off a deeply breathing beast, lifting and dropping with each wheeze of their massive host. I stripped down to my underwear and T- shirt and left my clothes in a pile. Kate did the same.

The sand closest to the shore was inscribed with drop marks from the rain, and there were springy bits of seaweed the color of iodine gyrating in the chalky foam. I pushed through until I couldn't see my calves anymore. The water was purplish and rough, and it knocked against me, setting me off balance. It felt good to succumb -- sometimes you get tired, always having to be strong in yourself.

Dad said that in Normandy during World War II soldiers had to climb from ships into the sea and then onto shore. They had waded through the ocean with packs on their backs and guns in their arms. He hadn't fought in Normandy; he just knew about it because he knows lots of things and he's always reading. He said the men had to get on the beach and kill or be killed. I wondered what those soldiers had eaten for breakfast -- scrambled eggs, maybe -- all the boys lining two sides of a galley's gangling table, hanging their heads and taking dismal forkfuls while thinking about what was awaiting them on the shore. Maybe they were thinking of getting one last thing from their lockers, where they kept pictures of their families or of their girls, or maybe just Betty Grable pinups.

It's one thing to say you're willing to die for your country, but it's another thing to have to do so when the moment actually presents itself. I could not have imagined Jack or Denny or anyone from my class dying to defend America, though everyone said that war was coming again, and also the draft, just like with Vietnam. The Russians are crazy, people said. This time it's going to be nuclear. This time we're all going to go in one atomic blush.

Kate came alongside me. "God, this water is black."

My mother refuses to go into the ocean. She respects it, she says, which is basically the same as saying she's afraid. I go in because it scares me, because certain fears are natural and it's good to distract yourself from unnatural, more terrifying kinds. For example, the ocean can kill you just like a bomb can kill you, but at least the ocean is not awful like bombs or surreal like overgrown greenhouses, or alarming like the barking sounds that flushing toilets make.

In elementary school we used to have emergency civil defense drills. The lights would go out, and we would rise in synchronized silence, obeying hushed orders and furtive hand signals, rustling like herds of terrified mice -- if in fact it can be said that mice manifest in herds rather than as random runners. No one ever told us which particular emergency we were drilling to avoid. Probably Russians then too. The thought of Russians attacking eastern Long Island seemed unlikely, though it is true that East Hampton has beaches like the ones in Normandy. Beaches are a threshold.

I asked Kate if she remembered yellow alerts.

"Didn't we have to kneel under our desks for one kind, like this?" I put my head to my chest and locked my fingers around my neck.

"And with the other type," Kate said, "we had to do the same thing, only in the hall."

She cupped her mouth and imitated an implausibly tranquil public address warning. It was like a European airport voice, like the one we heard at Charles de Gaulle airport when we went to France with the French Club -- sterile and cybernetic, glassy and opaque, like rocks at the bottom of a fishbowl. Kate was good with voices.

"But a bomb is a bomb. We wouldn't have been any safer in the hallway than in the classrooms. Why not just stay at our desks?"

There was a rush of water. Kate lost her footing.

I continued to speculate. "They must have moved us out because the classrooms had something the halls didn't have -- windows. And the only reason they would have wanted us away from windows was if something was outside, like, coming in."

The rain had passed; all that remained up above was a series of garnet streaks. The sea slapped ominously, confessing its strategic impartiality. The sea is an international sea, and the sky a universal sky. Often we forget that. Often we think that what is verging upon us is ours alone. We forget that there are other sides entirely.

Kate and I waded quickly back to shore. As soon as we could, we broke free of the backward pull of the waves and started running. We dressed, yanking our Levi's up over our wet legs, one side, then the other.

Sand got in, sticking awfully.

"Shit," she said as we scaled the dune to the lot. "I'm never getting high with you again."

At Mill Hill Lane Kate cut left across Main Street, and I followed. The lane was steep and tree- lined. As we rounded the bend making a right onto Meadow Way, Kate's foot lifted from the pedal, and her leg swung straight back over the seat, parallel to the ground, making me think of fancy skaters. She hopped off in front of a brown ranch house -- her house -- lying low, like a softly sleeping thing beneath a custodial cover of tree branches. A small sign marked the rim of the lawn -- For Sale. Lamb Agency. Kate bent to collect fallen leaves and twigs from around the crooked slate walkway, which seemed like a lonely project. Once when we were little, maybe about nine, Kate swore she had the distances between the slate pieces of the walkway memorized. At the time I called her a liar, not because she was one but because that's the sort of thing to say when you're nine. But Kate had skipped to the first tile, closed her eyes, and continued along the twisting, broken path, never missing a step, never touching grass. 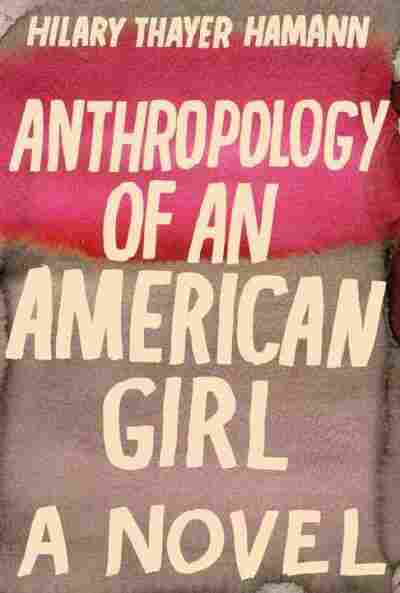 Anthropology of an American Girl