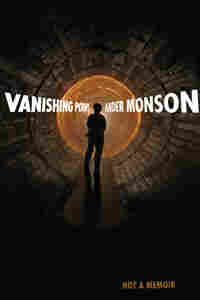 "Do you solemnly swear that the evidence you are about to give in this matter is the truth, the whole truth, and nothing but the truth?"

Let's start with the facts: three hundred of us, being citizens of this United States, are selected randomly and called to the Kent County Circuit Courthouse, Grand Rapids, Michigan, on a Monday morning. It is drizzly, dreary. I am barely awake and have a poor outlook on the world, which is operating in grayscale. Out of three hundred, thirty of us are called to make up a potential jury for a trial overseen by Judge Redford on the eleventh floor. I am one of the first five. We rise, are asked to turn our cell phones off, and proceed upstairs, where the real action will happen. Of the thirty, I am one of the fourteen randomly selected for the jury, pending voir dire, in which we are asked to answer questions truthfully about our biases and histories. We are seated in the box, quiet, awaiting instructions. There are no snacks allowed.

I didn't expect to be summoned to the courthouse, as I listed my occupation on the form I received in the mail a couple of weeks earlier as writer/journalist. Certainly lawyers, judges, and jury clerks wouldn't want a writer-slash-journalist involved in deliberations of guilt? Said writer might be tempted to try to take notes and make something of the experience -- document it, repurpose it, make it about himself. "Journalist," however, is a little bit of a stretch for me, as I wouldn't characterize my writing -- even my nonfiction -- as journalism, though it does deal in truth, fact, and in verifiable research. As such it perhaps deserves the slash and moniker: its sentences are heavy with actual, demonstrable truth content; the result is not mistakable for memoir. But I am called to the courthouse anyway, and the rhetoric of civic duty as one of the sacred tenets of American law and citizenship means that I am actually not so disappointed. I grew up watching L.A. Law, Law & Order, The Practice, and Perry Mason. I read some Grisham, have been to court myself under different conditions. I think I want to be chosen. And I am.

Anyone, any given I, any one of you, of y'all, of youse guys (as they say in my hometown), any one of the big mess of us could find ourselves impaneled on a jury. The jury process is a great argument for the education of citizens, particularly using the model of liberal education we endorse at the college where I work. Twelve unrelated people are asked to listen and critically evaluate evidence and witnesses' statements, and then have a rational discussion that leads to a collective agreement on a verdict of guilty or not. This particular gathering represents a flattening, too, of economic and social class, race, gender, and everything else, into citizens -- a bunch of people in a small room. We are reduced in this way from individual "I"s to a jury, a "we," an "a." This particular we, this a, this jury, is asked to sit and listen, to deliberate on the matter of the people of the State of Michigan v. Michael Antwone Jordan. This is Case no. 07-0189-FH, and the events described occur July 16-18, 2007. These are helpful facts, verifiable by paper trail. It is late morning. We wait in a windowless and overwarm room. Most of us are hungry. Some of us, surely, are nervous about this responsibility.

I have been thinking about truth and fact a lot lately, outside of this context. Following the acceptance of a piece I wrote for the Believer about the Grand Rapids funeral proceedings for former president Gerald R. Ford, I underwent the procedure of fact-checking. Like any medical operation, it was not dignified. The fact-checker wants my notes and collected research, PDFs of press releases. He also wants contact information for my brother (to check a very minor comment about my brother and his new baby), my father (to fact-check some minor personal history), and a college friend (to verify that I smashed a guitar at an open mic). All of a sudden I am asked to prove statements, or at least summon witnesses for corroboration. Maybe this is journalism, I think. Perhaps prompted by recent obvious embarrassments, standards have laudably been raised. In the past I have been happy to rely on the singular authority of the "I" in nonfiction, the essayistic "I" at once bigger than and subset of the writer, the individual, the citizen. This writer-I has additional powers: it can commit information to the permanent record. It gets to speak, to tell its story. It can pretend it is a monolith. It can control the release and position of facts; if and what to reveal, and when; how self-serving to appear, to be. It can inscribe them on paper in the form of notes. It can answer, be affronted by, or rebut fact-checking queries. It can be wrong. It can be shamed.

The chairs are comfortable, high-tech, crisscrossed by webbing, which likely means expensive -- they're similar to the Herman Miller Aeron chair. The chair choice suggests we will be here for a while. We are instructed by the judge to not discuss the case with anyone before its conclusion, which should be in a few days.Fact: the defendant, Michael Antwone Jordan (MAJ), is charged with two counts of the esoteric charge "uttering and publishing." We on the jury are specifically asked not to research anything possibly relating to the case (no Google, we're told), so we are not subject to outside influence or information. All of what we are allowed to know and act on is to be parsed by the attorneys and the judge.

We are instructed (and later research bears this out) that the charge uttering and publishing means the defendant is alleged to have created and presented a false document as real (in this case: two checks, hence two counts). MAJ is alleged to have stolen or otherwise acquired two paychecks not made out to him, and (uttering) forged the payee's signature, then adding Pay To Michael Antwone Jordan. He then (publishing) signed for them and deposited the checks in his bank account. There are other terms for this, I think: Forgery. Plagiarism. Mail or other fraud. Theft. I look at him. He does not look back.

Fact, verifiable according to the Detroit Free Press ("2 Youths Accused of Computer Fraud: Teens Broke Secrets of 2 Firms, Police Say") and the public record: Ander Monson was prosecuted in 1993 for seven counts of felony credit card fraud. He was a minor when arrested, so technically he doesn't have to admit to this conviction on job applications and such, or as part of the voir dire process (which, in this context, is the examination of the jury by the judge and trial lawyers to determine if prospective jurors are competent, and if they have any unwelcome biases toward the matter under consideration). Or at least he is not sure that he is not required to disclose this. The jury clerk, Mrs. Greta Van Timmeren, told the group downstairs that if they weren't sure, they should always disclose. He is therefore fairly sure, but to be positive he would have to ask a lawyer (not one of these lawyers). Fact: Ander Monson chooses not to disclose his criminal past. Supposition: Ander Monson wants to be on this jury. Supposition: Ander Monson's nondisclosure of this initial fact might come back to haunt him. Fact: Ander Monson does not appear to care.

Fact: Several of the details in the Free Press story are false (my online identity was not, in fact, "the Black Wizard"), but are presented as utter journalistic truth. One wonders about the quality of their fact-checking. Here is a great line about hacker culture from the article: "Monson is pretty much a loner . . . black kids, white kids, Asians -- there is one thing they have in common: they are intelligent, bright kids who just don't know what to do with their strengths."

Fact: All fourteen members initially (randomly) selected for MAJ's jury are white. MAJ is black. Almost everyone else present in the court is white. I assume we are all aware of this. One woman's cell phone goes off in the courtroom, and everyone looks at her. As part of the voir dire process, the twitchy, jowly defense attorney, Norman Miller, is questioning and excusing potential jurors, apparently to try to make the jury more racially representative of the diversity of the city. I have seen this tactic on television, so I think I know something about it. He succeeds, and two black women are randomly selected to join us. One of them is Cell Phone Woman. When asked if she could be impartial on the question before the jury, she replies that there is no way she could ever find anyone guilty, ever: she doesn't believe in it. No one believes this; she's too insistent, too obvious, but she sticks to her claim and is excused. Another juror, also black, is selected to take her place. There are no more challenges. So we six men and eight women will make up the jury, and both defense and prosecution agree that everyone remaining is acceptable to all parties. We adjourn for the day. The trial is set to begin tomorrow morning. We are told not to speak to anyone -- no family, no spouses, nobody -- about any specifics of the trial. We exit, tasked, hushed.

Fact, apparent: At age thirty-two I get a colonoscopy, since my mother died of colon cancer. She was thirty-three. I was seven. I tell my doctor the fact of my mother's death. He recommends this procedure as a wise precaution. He instructs me to make sure the hospital accounting folks process it not as a "screening" (routine) colonoscopy, since those are only covered for those much older than me. They should cover my procedure, though, since my mother died of colon cancer. That's the important fact to make sure I tell them.

When I go in to undergo the procedure I am stocked with dread, even though I'm not going to be conscious for it, or rather, I am told that I will be conscious, but that I will not remember it. What does this do to the idea of a fact if it can't be inscribed in memory? I ask the person who I presume is the anesthesiologist how the amnesia drug they give you works, and she tells me that it disrupts the action of the cerebral cortex, which prevents the mind temporarily from making new memories. This is the last thing I remember. 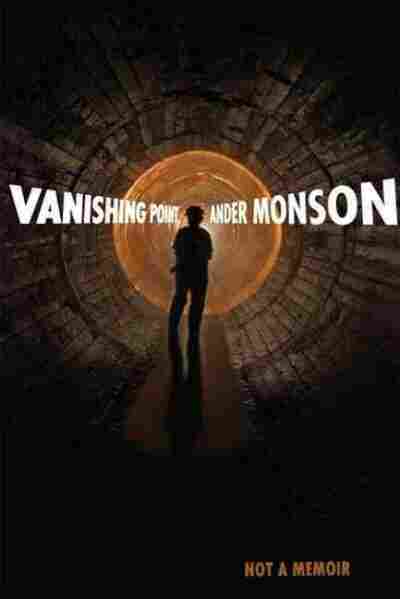