Accessibility links
Anwar Al-Awlaki: An American Citizen, A CIA Target Once seen as a moderate Islamic cleric, Anwar al-Awlaki is now a jihadist hiding in Yemen, regarded as so dangerous that he reportedly is being targeted to be killed by the CIA. New York Times reporter Scott Shane explains how the American-born cleric has inspired attacks, including the recent Times Square car bombing attempt. 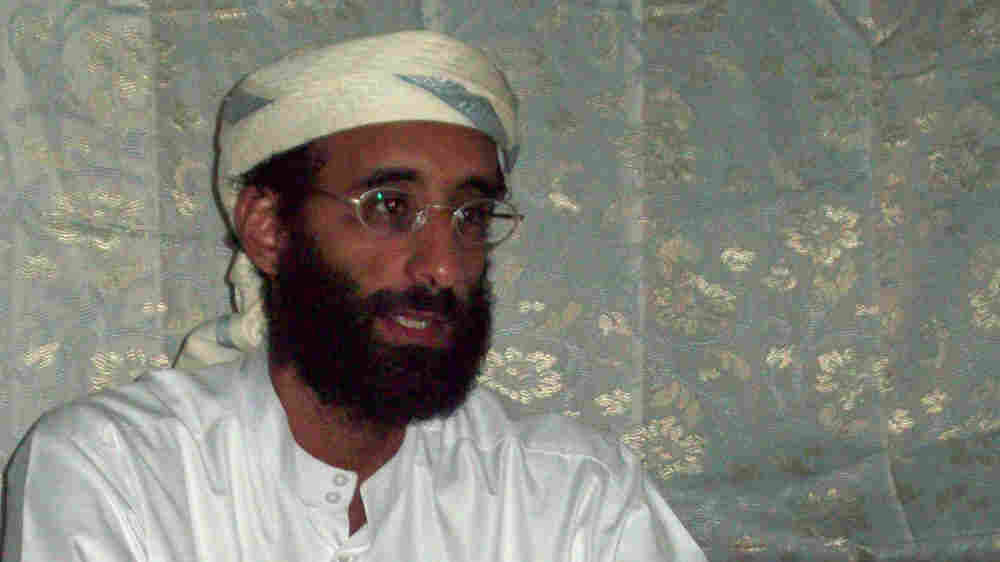 American-Yemeni Islamic cleric Imam Anwar al-Awlaki, shown in Yemen in 2008. Awlaki has reportedly been added to the CIA's list of targets to be killed or captured. Muhammad ud-Deen/AP hide caption

Last month, The New York Times reported that the Obama administration had authorized the targeted killing of the American-born Muslim cleric Anwar al-Awlaki for his operational role in al-Qaida attacks against the United States and American interests. The author of that article, Scott Shane, covers national security for the Times and has written about Awlaki's role in inspiring a number of Americans to commit acts of terrorism. 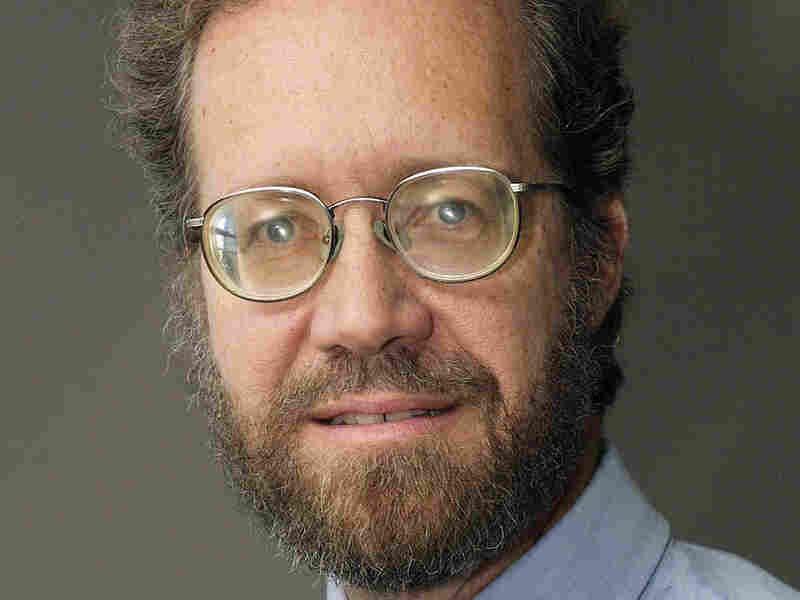 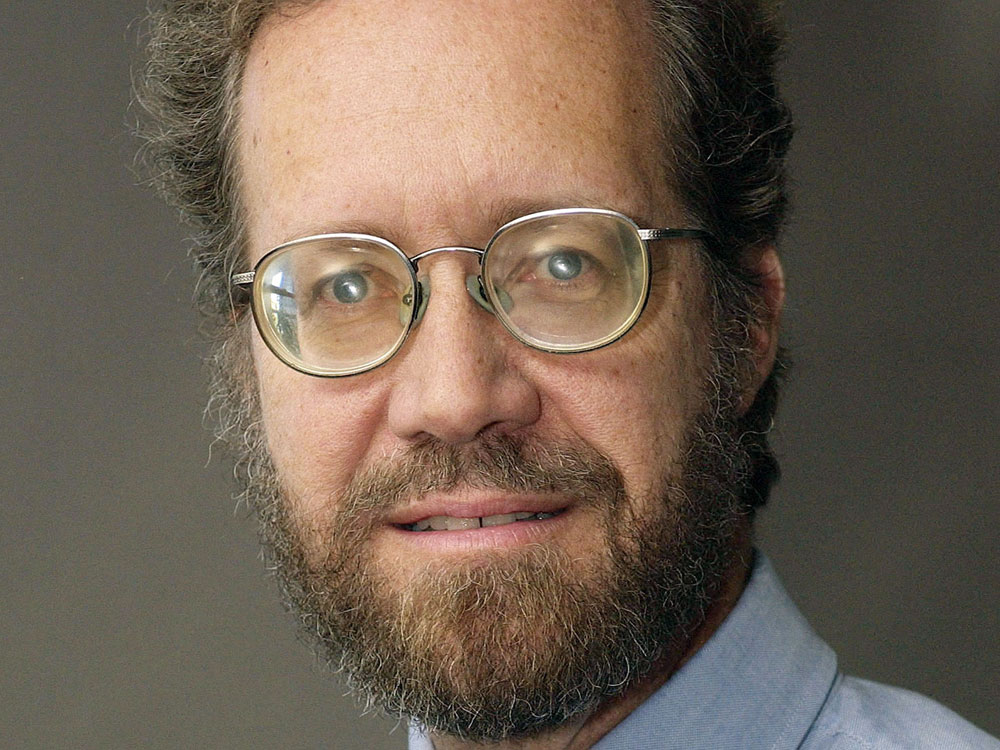 "He has turned the corner from being merely a person who encouraged and incited terrorism to someone who has an operational role in plotting attacks," Shane explains in an interview with Fresh Air contributor Dave Davies. "This is all classified information, but it appears the CIA believes he's now an operational member of al-Qaida in the Arabian Peninsula and that he had some role in the plot of Umar Farouk Abdulmutallab, the Nigerian man who tried to blow up the Detroit-bound airline on Christmas Day."

Awlaki, born in New Mexico, is currently in hiding in Yemen. His audio recordings, which have encouraged jihad against U.S. targets, have turned up in investigations of more than a dozen incidents of terrorism, including the Fort Hood shootings, where 13 people were killed, allegedly by an Army psychologist, and Times Square, where suspect Faisal Shahzad allegedly attempted to detonate a car bomb on May 1.

On Anwar al-Awlaki and the media after the Sept. 11 attacks

"Because he was at a big mosque outside Washington, D.C. -- in Fairfax, Va. -- he was very quickly identified as a guy who was good for the media to call with questions about Islam [and] questions about the attacks. [This was] partly because so many imams speak with a foreign accent [and] sometimes their English isn't perfect. He spoke fluent English with an American accent and was very willing to explain things and so he appeared in almost all the major media in the weeks after 9/11. And [he] seemed to relish the role of the explainer of Islam. He condemned the attacks although he also linked the attacks to American foreign policy, suggesting that these didn't come out of nowhere, that these came out of grievances in the Muslim world. But he presented himself and was presented by others, including my newspaper, as a guy with the potential to bridge the gap between the United States and the worldwide community of Muslims."

Stories by Scott Shane From 'The New York Times'

On Awlaki and militants

"The prominent ones would certainly include Nidal Hassan, the Army psychiatrist who is accused of shooting to death 13 people at Fort Hood last November. In that case, Nidal Hassan had met Mr. al-Awlaki in his mosque in Virginia and then later, when Awlaki was hiding out in Yemen but had a website, Nidal Hassan wrote to him through the website and they exchanged a number of e-mails. The e-mails are still secret -- we don't know exactly what they said -- but one of the questions Nidal Hassan had for Awlaki was, 'Is it okay under Islam if an American soldier attacks fellow soldiers because they're on their way to fight in Afghanistan?' and it appears that the answer to that question that Mr. Awlaki gave was, 'Yes.' "

"Then most recently, Faisal Shahzad, the person who's accused of implanting the car bomb on Times Square on May 1 -- he has told investigators that Anwar al-Awlaki was an important influence for him as well."

"[The men accused of plotting an attack at Fort Dix] were found to have his materials in their possession and cited him as an influence."

"He was born in New Mexico in 1971 when his father was a grad student in his country. ... Anwar lived in [the U.S.] from birth until age 7, when his parents returned to Yemen. ... [He was part of a] very prominent family -- very Westernized, and certainly no history in his immediate family of extreme religiosity or radicalism -- and at the age of 19, was sent back by his father to Colorado State University, with all appearances that he would become a sort of technocrat. And he majored in civil engineering and graduated four years later with a degree in civil engineering."

"He's able to frame events in a very persuasive way. But I think it's the events themselves that give him the material to work with. When he says that the United States is at war with Islam -- if he had said that in 1999 -- it might have been difficult to sort of pull together the evidence to support his thesis. Now he can point to the ongoing war in Afghanistan, the war in Iraq that's still ongoing, the drone strikes in Pakistan which began quite a few years ago but which were greatly stepped up in the summer of 2008. So that's sort of another front. And even the two recent airstrikes -- allegedly by Yemeni forces but certainly involving U.S. weaponry -- in December of last year in Yemen. And so, you can certainly present this as a war in multiple Muslim countries in which many Muslims are being killed. I think many people would say that's a gross oversimplification and that the U.S. has been fighting on the side of the majority of Muslims in these countries and still is, but if you want to present these things as evidence that the U.S. has an expanding war around the globe against Islam, [that's] one that he's able to articulate in a very convincing way for many people."