Accessibility links
Fresh Air Interview: Actor Walton Goggins - Getting 'Justified' With Brother Boyd The Southern actor discusses playing a white supremacist turned born-again Christian on the critically acclaimed FX series Justified — and how he gets into the mind-set to play one of TV's worst bad boys. 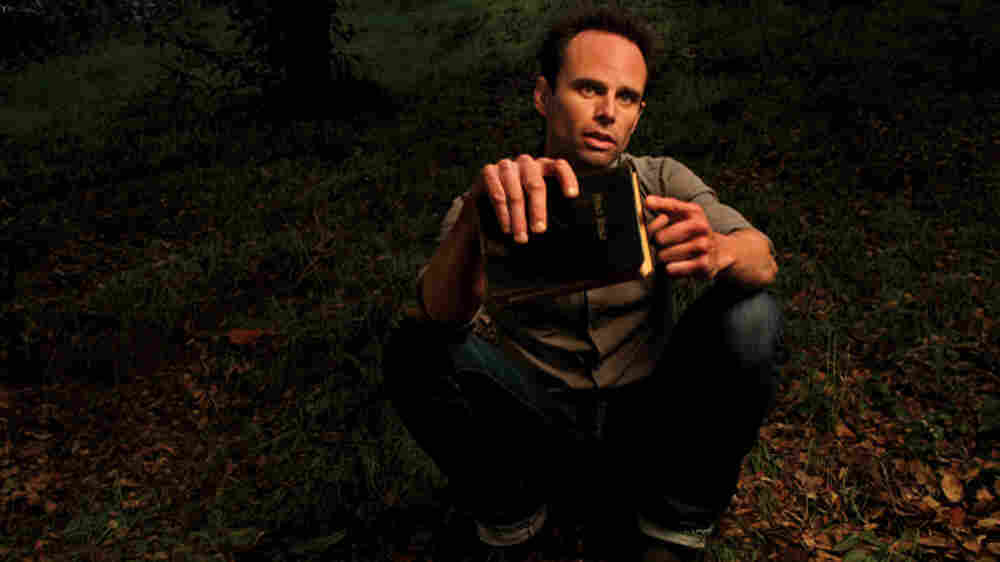 Walton Goggins plays bad boy Boyd Crowder, a complicated white supremacist who bombs a black church in the pilot episode of Justified — and then goes on to become a born-again Christian in prison, claiming that he now has a new mission in life. FX hide caption

One of actor Walton Goggins' earliest moments on stage came at a Georgia hog-calling competition when he was just 10 years old.

"I walked up onstage, and they had to adjust the mike for sure, and just leaned up on my tiptoes and just let out the biggest hog call that has ever been heard in my family, certainly," he tells Fresh Air's Terry Gross. "And I won -- I got a big trophy with a large hog on top. I have it in my office."

'Did You Buy That Necklace?'

'You Wanna Go Have A Drink?'

Goggins says his days on the hog-calling circuit certainly helped propel him toward an acting career. Though he's played many characters over the years, he is perhaps best known for his roles on The Shield -- where he played a member of a corrupt narcotics squad -- and the current FX series Justified, where he plays a white supremacist turned born-again Christian named Boyd Crowder.

Crowder also happens to be a fugitive bank robber hiding in the hills of eastern Kentucky, and an old buddy of the county's newest U.S. marshal, played by Timothy Olyphant -- who's now on the other side of the law.

Acquiring the long drawl he uses to portray the quick-witted Crowder, says Goggins, took quite a bit of time.

"It is supposed to be a Kentucky accent," he says. "I don't know quite how accurate it is. I did study a little bit about people from Kentucky and how they talk. ... It's different because the cadence is so specific to Elmore Leonard," the author of the books the show is based on. "And it's slightly stilted and heightened in a way that ... speaks to Boyd's intelligence. More often than not, I haven't seen Southern characters like this with a penchant and a love for words."

On playing a white supremacist

"I never believed that Boyd Crowder was a white supremacist, to be quite honest with you. ... It was very important for me as an actor not to play this guy as a white supremacist but to play him as a bit of a Svengali: a person who doesn't necessarily believe all that he espouses. ... [In one episode] Tim says 'Boyd, I don't think you believe everything that you're saying. I think you just like to blow stuff up.' And that was very important to me." 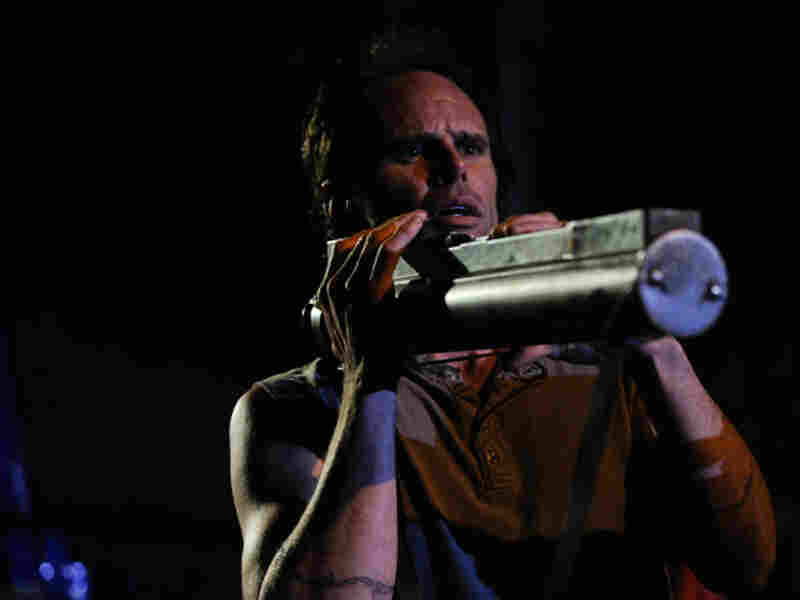 Goggins says he chose not to read the Elmore Leonard books that feature Boyd Crowder because he didn't want to be influenced by them. FX hide caption 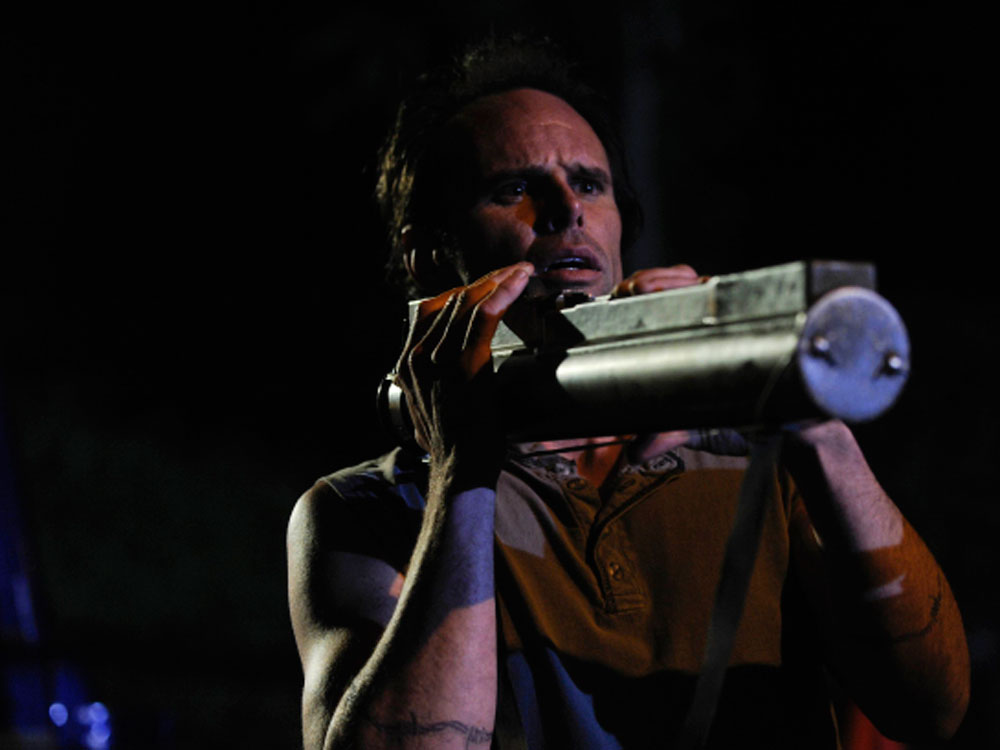 Goggins says he chose not to read the Elmore Leonard books that feature Boyd Crowder because he didn't want to be influenced by them.

"Honestly, it was awful. ... We did a table reading of this script, and ... immediately after, I felt like I had to say 'I'm sorry. I don't believe any of this. A lot of my best friends are Jewish.' It's difficult, and it's difficult to have a swastika on your arm. And I actually wore it home. I didn't let them take it off. I kept it with me during the process of filming the pilot episode. ... You're certainly affected by ink on your body, and something as powerful as a swastika and the negative connotations that come along with that. I definitely wanted to feel that, and there were times during the day when I wasn't working and I was out at dinner, that I would roll up my T-shirt and I would leave the swastika there just to see people's reactions. And there was one time when I was with Tim, when I had rolled my shirt up just to see what would happen, and Tim didn't notice it for about five minutes until there were tourists walking through the lobby of the hotel who almost gasped -- like, you could hear it, you could hear them step back with their Starbucks coffee in their hands. And Tim said, 'Please, please roll down your shirt. Please. Or I'm gonna have to leave you here alone.' "