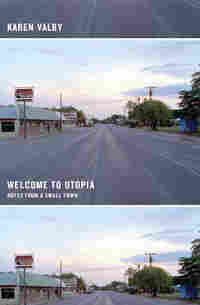 In the small hours of the day, when town is so still as to seem suspended behind glass, Ralph Boyce pulls his white Ford pickup to a stop in front of the Utopia General Store. He turns off his engine and sits alone in the darkness outside the colorless brick front, facing the taped notices of deaths and funerals on the glass door. Ralph has been the first person to arrive at the store, probably the first in Utopia to rise out of bed, for over half a century, and he plans on continuing to swing the first set of headlights onto Main Street for the rest of his days. He wakes up without an alarm, feeds his dog, Fudge, and leaves the house by 5:10 or 5:11, depending on when the weather report ends. Ralph is seventy-six years old and he ran the store for thirty-seven years. He retired over a decade ago and doesn't quite know why he keeps showing up before the store even opens. He figures it probably has something to do with tradition. While he waits, Ralph listens to country standards on the AM radio station. If the air outside is mild, he'll lean against his truck and look down the length of his quiet town, feigning patience. It's a strange thing when a man finds himself locked out of his former place of business.

Soon enough a few more old-timers lurch their trucks alongside his, their dust-blasted Chevrolets and Fords and GMCs lining up against one another like cattle in a pen on the unpaved stretch out front of the store. If one of the men's trucks is ever parked in a different order, or even at a different angle, someone will ask him if he's feeling unwell, or if there's trouble at home. The men nod at one another and clear their throats, trickle out a few words on the weather. Around 5:30, the forty-five-year-old owner, Morris, who started working for Ralph at the store when he was a high school sophomore and who now has a son of his own in his sophomore year, pulls up. He unlocks the back door, switching on the blinkering lights, before trudging up the center aisle to the front, where the old-timers wait like cats eager to be let inside after a long night.

"Evenin', Morris," they say, giving the younger man a hard time about sleeping in, as he takes his place behind the register with a tired sigh. When Ralph owned the store he got to work at 4:30, so as far as he's concerned, Morris should count himself rested. But Morris is groggy and likes to wake up in peace, so he lingers up front, sipping from a giant styrofoam cup of water. His register faces a Blue Bell ice cream cooler, above which hang two wooden shelves covered in deer pelts, crowded with pouches of beef jerky and about a dozen mass market paperback thrillers. In a little while some younger men of Utopia will cluster around the register and share stories of dirt and intrigue as they buy their gallons of iced tea and the paper-wrapped slabs of steak they'll cook up for lunch over propane grills on their job sites.

The old-timers, chapped hands shoved in jeans pockets, walk barrel- legged toward the coffeepots in the back by the meat market, boots creaking all the way. Tony Clark, a ranch manager in an old RFD-TV cap, the cloudy outline of a can of snuff pressed into his left shirt pocket, always makes the first pot of coffee while Sid, whose sons and grandson now run the lumberyard he once owned, Albert, a contractor who built Ralph's house, Hose, a rancher and former professional rodeo circuit rider, and John, the school superintendent, bunch together on a plank bench, careful that their legs don't touch. The town welder, John Hillis, who can trace his family's roots all the way back to Utopia's founder, Colonel William Ware, floats between the cash register and the coffeepots, a toothpick settled comfortably in his amused grin. The coffee drinkers range in age from those who served in Vietnam and Korea to those who served in World War II.

Bud Garrett, the eighty-four-year-old retired postmaster, has a full head of bright white hair that swoops to the side of his forehead in an elegant wave. He wears a cream felt cowboy hat, Wrangler jeans, and one of three pale denim pearl-button snap shirts. When Bud got out of the service in 1945, one of his first jobs back home was helping to remodel the General Store, working from sunup to sundown for seventy-five cents an hour. "I got a quarter raise and I would've signed up at that point to work the rest of my life for a dollar," he said. "I thought that was big money."

Bud is six foot three, with long skinny grasshopper legs, and when he bends himself down onto the bench, his knees jut into the air high above his thighs. He thwaps his bony fingers at the front page of the San Antonio Express-News and winces at the headlines of debt and war. Bud is the lone Democrat in the group and he likes to wind up all the Republicans to his left and right. "George Bush has been rich all his life and that's all he knows," he cries. "He don't know who the little feller is!" For years he was met with eye-rolling jeers, but now, as the men admit that gas is high and the war goes on and on, they greet Bud's hectoring with weary fatigue. "Morris said a while back that he couldn't even remember who he voted for," Bud said. "Remember, hell! Ralph, you too!" The men don't like it much when Bud goes on about politics.

There are two aluminum chairs, paint-peeled from coffee drinkers settling back into them for decades now. Ralph, because of his long tenure at the store, has rightful claim to the left one, which offers a clear view up the center aisle out the front door. He sits with the polite stiffness of a man invited to his son-in-law's house for dinner, unsure how to hold himself now that he no longer finds himself at the head of the table. When Ralph is amused, he nods his head slowly in approval and let his mouth slip into a smile. When he is annoyed, his face goes baggy with disapproval and he stares hard up that aisle, tearing and folding his empty styrofoam cup in on itself as he waits for the ridiculousness being inflicted upon him to pass.

Ralph's friend Ted sits in the chair next to him with his legs crossed, one tan Velcro-tabbed shoe bobbing up and down. Ralph has given most everyone in town a nickname, some of them inscrutable. ("But why, Ralph, do you call Melvin 'Tricky Bunny'?" I once asked him. "I guess he's just a tricky bunny is all," he said, shrugging his shoulders.) Long ago he christened Ted "Tennis Shoe Ted." Ted tried protesting for a while, claiming he didn't even own a pair of tennis shoes, but the name stuck. When Ralph met Tony, who moved to Utopia years ago after he married a local girl, he assumed the man's missing thumb was the result of a war injury in Vietnam and he took to calling Tony "Hero." When he found out that the man had in fact lost his thumb in a roping accident, Ralph rescinded the nickname and downgraded Tony to "Tiger."

At around 6:30, Sid waggles his fingers on his way out to open up the lumberyard and get a coffeepot going there. Albert, stuffing his pack of Red Man chew back into his jeans pocket, his Borden chocolate milk bottle a finger full of spit, lumbers off to meet his crew with a simple "yehhhhhp," and the superintendent, a large good-natured man who leads with his generous belly, announces that it's his day to drive the school bus. As one shift of men take their leave, Henry or Baby Ray or Milton smoothly replaces them.

Milton, a sixty-eight-year-old retired carpenter with big saucer eyes behind thick glasses and a fading strawberry blond beard, brings a reliable coarseness to the group. He looks like a trim Santa Claus, if Santa wore plaid shirts and baseball caps and kept up a steady patter of cussing. One morning a cute little matchstick of a girl, a newcomer Morris was trying out on the register, walked in the back door and up the center aisle. She wore a tight yellow T-shirt and a staggeringly tiny pair of shorts. The air went still as the men tried to look without looking. Milton broke the dumbstruck silence. "That girl ain't got enough ass on her to make a dying man a bowl of soup!" he declared.

Every morning save Sunday, the men sip from their cups of coffee, look at the floor, and laugh at one another. News of Ted leaving in a snit because Morris was out of the 1 percent milk he liked bleeds into a story about the time a waitress at the café got him so cross-threaded that he banged out of the restaurant and refused to return for a year even though he'd left his favorite cap on the table. Meanwhile the store's wooden back door swings loudly open, smacking shut behind the bleary-eyed young and old men of Utopia, in boots and jeans and overalls, as they pass through for a pack of powdered donuts or a pecan roll and the day's first cup of coffee. "I tell everybody I should've bought stock in Folgers," Morris said. He inherited the coffee drinkers from Ralph's reign, and just as tradition demands that Ralph keep getting out of bed before dawn, it also means Morris must accept the old-timers' helping themselves to boxes of sugar cubes and swizzle sticks from the shelves when the supply in back runs low.

Ralph always perks up when Morris's thirteen-year-old daughter, Kassie Jo, her brown hair mussed and legs endless in long, yellow satin Utopia athletic shorts, drops by to check on her box of kittens and grab her book bag before the school bell.

"You got a track meet this weekend, Kassadilla?"

Ralph used to have conversations like this with all the kids in town, who had it clocked that they could walk from school in a minute and a half flat for sandwiches and apples and sodas at lunchtime. When Ralph and his best friend, Kenneth, ran the place, all the upperclassmen would come by in the middle of the day, laying their relationship and family troubles out on the counter, hoping for some wise counsel before they shuffled back for afternoon classes. Now the kids eat in the cafeteria or get premade burritos at the gas station or panini sandwiches at the recently opened coffee house, which has WiFi, a drive-through, and a flattering write-up in The New York Times framed and hung on the wall. (The owners, a cheerful and hardworking middle-aged couple, are also newcomers. For a few months after their arrival, a casual rumor persisted in town that the man, because of his Italian last name, was a mobster lying low in witness protection.) 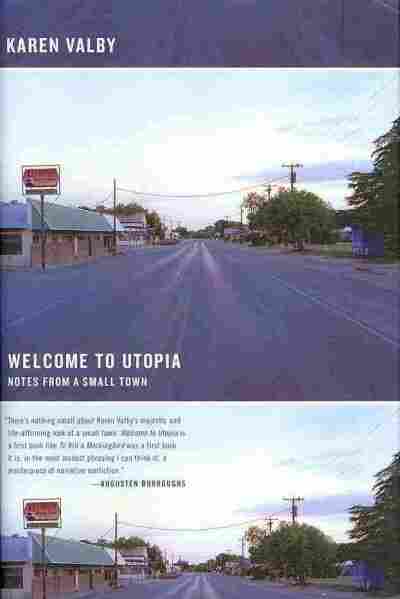 Notes from a Small Town