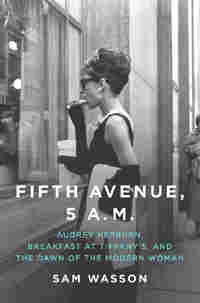 Traveling was forced upon little Truman Capote from the beginning. By the late 1920s, his mother, Lillie Mae, had made a habit of abandoning her son with relatives for months at a time while she went round and round from man to high-falutin' man. Gradually the handoffs began to hurt Truman less -- either that, or he grew more accustomed to the pain -- and in time, his knack for adaptation turned into something like genius. He was able to fit in anywhere.

After his parents' divorce, five-year-old Truman was sent to his aunt's house in Monroeville, Alabama. Now was Lillie Mae's chance to quit that jerkwater town and hightail it to a big city. Only there could she become the rich and adored society woman she knew she was destined to be, and probably would have been, if it weren't for Truman, the son she never wanted to begin with. When she was pregnant, Lillie Mae -- Nina, as she introduced herself in New York -- had tried to abort him.

Perhaps if she had gone away and stayed away, young Truman would have suffered less. But Nina never stayed away from Monroeville for long. In a whirl of fancy fabrics, she would turn up unannounced, tickle Truman's chin, offer up an assortment of apologies, and disappear. And then, as if it had never happened before, it would happen all over again. Inevitably, Nina's latest beau would reject her for being the peasant girl she tried so hard not to be, and down the service elevator she would go, running all the way back to Truman with enormous tears ballooning from her eyes. A day or so would pass; Nina would take stock of her Alabama surroundings and once again, vanish to Manhattan's highest penthouses.

Had he been older, Truman might have stolen his heart back from his mother the way he would learn to shield it from others, but in those days he was still too young to be anything but in love with her. She said she loved him, too, and at times, like when she brought him with her to a hotel, promising that now they'd really be together, it looked to him as though she finally meant it. Imagine his surprise then when Nina locked him in the room and went next door to make money-minded love with some ritzy someone deep into the night. Truman, of course, heard everything. On one such occasion, he found a rogue vial of her perfume and with the desperation of a junkie, drank it all the way to the bottom. It didn't bring her back, but for a few pungent swallows, it brought her closer.

For the better part of Capote's career as a novelist, that bottle -- what was left of his mother -- would be the wellspring of most of his creations. The idea of her, like the idea of love and the idea of home, proved a very hard thing to pin down. He tried, though. But no number of perfume bottles or whiskey bottles, no matter how deep or beautiful, could alter the fact of her absence. Nor could most of the women or men to whom Truman attached himself. They could never pour enough warmth into the void.

In consequence, Capote was equal parts yearning and vengeance, clutching at his intimates with fingers of knives that he would turn back on himself when left alone. However sharp, those fingers pulled his mother from the past and put her on the page where, in the form of language, he could remake her perfume into a bottomless fragrance called Holly Golightly. That's how Truman finally learned the meaning of permanence.

Once the reading world got a whiff of it, eau d'Holly made everyone fall in love with Truman, which, since his mother had left him that first time, was the only thing he ever wanted. That and a home -- a feeling of something familiar -- like an old smell, a favorite scarf, or the white rose paperweight that sat on Truman's desk as he wrote Breakfast at Tiffany's.

When he was in Paris in 1948, soaking in accolades for his lurid first novel, Other Voices, Other Rooms, Truman was delivered by Jean Cocteau to Colette's apartment in the Palais Royal. She was nearing eighty, but the author of Gigi, the Claudine novels, and countless others, was still France's grandest grande dame of literature.

In full recline, Colette, racked with arthritis, no doubt smiled at Truman's author photograph on the dust jacket of Other Voices. Staring out at her with his languid eyes and slick lips, the boy's salacious look was one the old woman knew well; in her day, she had rocked Paris with a few succes de scandales of her own, both on the page and off. Now here was this rascal with his angel's face -- a hungry angel's face. How delicious. She felt for sure there existed a kind of artery between them, and even before he entered her bedroom, Truman sensed it too. "Bonjour, Madame." "Bonjour." They hardly spoke each other's language, but as he approached her bedside, their bond grew from assured to obvious. The artery was in the heart.

After the tea was served, the room got warmer, and Colette opened Truman's twenty-three-year-old hand. In it she placed a crystal paperweight with a white rose at its center. "What does it remind you of?" she asked. "What images occur to you?"

Truman turned it around in his hand. "Young girls in their communion dresses," he said.

The remark pleased Colette. "Very charming," she said. "Very apt. Now I can see what Jean told me is true. He said, 'Don't be fooled, my dear. He looks like a ten-year-old angel. But he's ageless, and has a very wicked mind.' " She gave it to him, a souvenir.

Capote would collect paperweights for the rest of his life, but years later the white rose was still his favorite. Truman took it with him almost everywhere....

From Fifth Avenue, 5 A.M.: Audrey Hepburn, Breakfast at Tiffany's, and the Dawn of the Modern Woman by Sam Wasson. Copyright 2010 by Sam Wasson. Excerpted courtesy of HarperCollins Publishers. 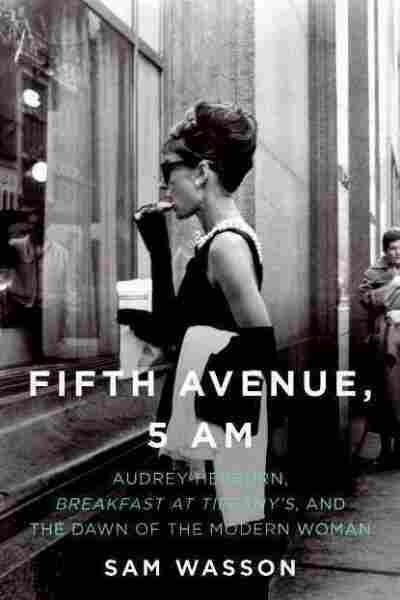 Audrey Hepburn, Breakfast at Tiffany's, and the Dawn of the Modern Woman