Accessibility links
On The Trail Of Mexico's Vicious Sinaloa Cartel NPR News investigation: Arrest records and interviews with law enforcement and organized crime experts suggest that federal forces in Ciudad Juarez -- ground zero of Mexico's war against drug mafias -- appear to be favoring the Sinaloa Cartel. The U.S. Justice Department says it's one of the largest organized crime syndicates in the world. 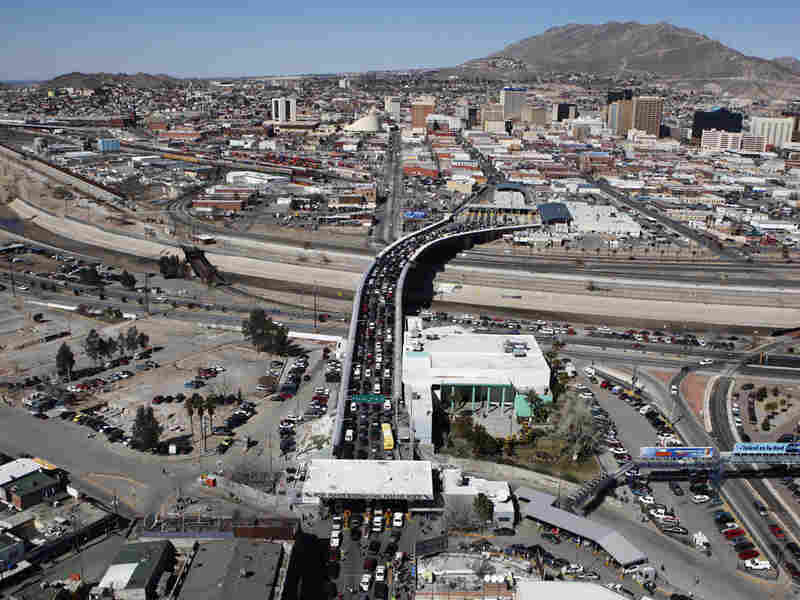 The Santa Fe bridge (shown in February 2010) links the Mexican city of Ciudad Juarez (bottom) with the U.S. city of El Paso in Texas. American law enforcement officials say they are worried that violence from newly Sinaloa-controlled areas of Ciudad Juarez will spill over into the U.S. Alexandre Meneghini/AP hide caption 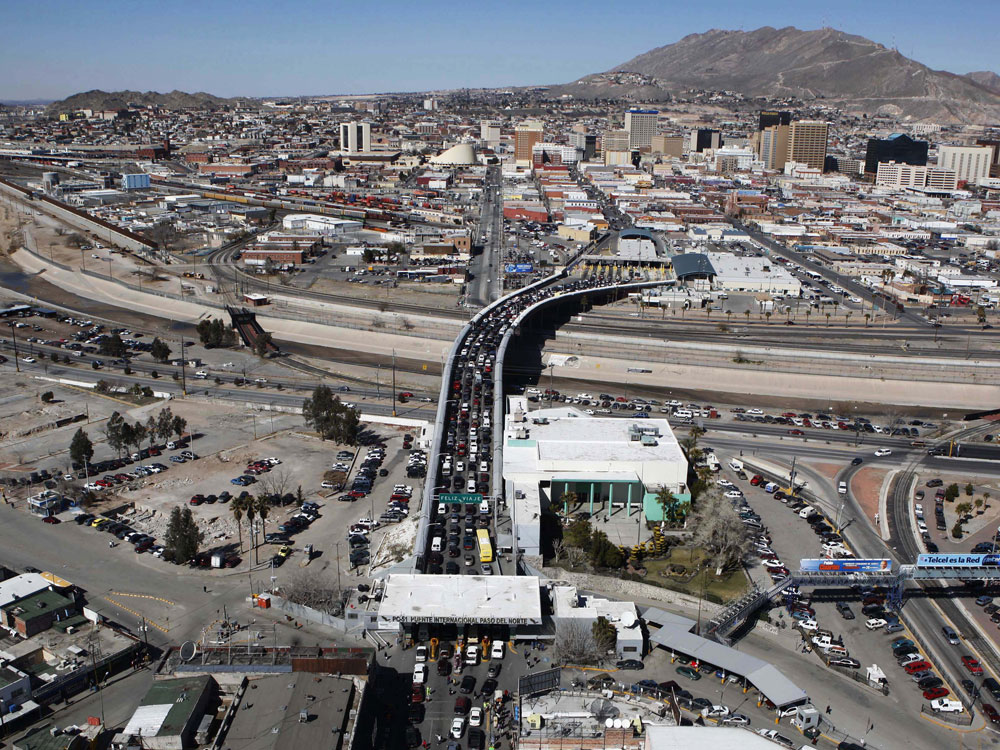 The Santa Fe bridge (shown in February 2010) links the Mexican city of Ciudad Juarez (bottom) with the U.S. city of El Paso in Texas. American law enforcement officials say they are worried that violence from newly Sinaloa-controlled areas of Ciudad Juarez will spill over into the U.S.

An NPR News investigation suggests Mexico's brutal fight against drug mafias may be rigged. Based on analysis of arrest records and interviews with law enforcement and organized crime experts, federal forces in Ciudad Juarez -- ground zero of the cartel war -- appear to be favoring the Sinaloa cartel, which the U.S. Department of Justice says is one of the largest organized crime syndicates in the world.

RENEE MONTAGNE: Tell us more about the Sinaloa cartel.

JOHN BURNETT: The Sinaloa cartel is based in the Pacific state of Sinaloa. The U.S. Department of Justice says it's one of the largest organized crime syndicates in the world, with international scope. It's got presence in dozens of countries. It's a major smuggler of all types of narcotics into the U.S. And its leader is Joaquin "El Chapo" Guzman, the world's most wanted drug lord.

MONTAGNE: Tell us a little bit about how the NPR investigation began, and what did you find?

BURNETT: Well, first, a word about the genesis of the project. The story you hear everywhere in Mexico is that the Mexican government is somehow protecting Chapo Guzman. The Mexican press writes about it all the time. Producer Marisa Penaloza and I decided to check it out. So we spent about four months on the trail of the Sinaloans, going from Juarez to Mexico City, and we interviewed dozens of law enforcement agents, military people, organized crime experts and victims of the drug violence.

MONTAGNE: Is it true, then -- I mean, is the Mexican government, from your evidence, favoring its biggest drug cartel?

Fight For Juarez: When Will The Killing End?

BURNETT: Well, we found documentary evidence and sources in Juarez that we believe confirm elements of the Mexican military are helping the Sinaloa cartel to take over Juarez, which is a very valuable border crossing and a smuggling corridor. Right now, let's listen to one of our sources, an ex-Juarez police commander. We had to disguise his voice, because he's gotten death threats.

Unidentified Man: [Through translator] When the army arrived in March 2008, we thought ... now all this violence is going to end. The number of deaths did drop for about three weeks. But during those three weeks, Chapo's people contacted the army and figured out what they were doing and how much money they wanted. They started to pay them off. And the Sinaloa cartel just kept working.

BURNETT: And that was a former Juarez police commander.

MONTAGNE: All right. So, John, outside of Juarez, did you and Marisa find anything indicating that the Sinaloa Cartel is treated differently than the other drug mafias?

BURNETT: First of all, I want to say we did not find any evidence implicating President Calderon. We wanted, though, to get a picture of how the government is attacking the cartels. And so we decided to look at thousands of the Mexican government's own news releases about the criminal actions it's taking against these drug cartel figures in the past three-and-a-half years since the president came to office.

Our producer for computer-assisted reporting, Robert Benincasa, created a database to see if there were any patterns in law enforcement against the cartels. And our findings were very interesting. They contradict the government's own numbers. We found that there are half as many arrests of Sinaloans as the government says there are. One of the other results that we found was that in the cases of about 400 public officials arrested for working with the cartels, clearly the Sinaloans focused their bribes more on top federal officials -- including the military -- than the other cartels do.

MONTAGNE: And, John, you know, as a backdrop, the U.S. is giving Mexico more money than ever before: $1.3 billion to help President Calderon fight the cartels. Are U.S. officials concerned about the level of corruption in his government?

BURNETT: Publicly, the U.S. administration has nothing but praise for how Calderon is handling his drug war. U.S. officials told me they've never had this much cooperation with an administration in Mexico, and that if Calderon is not hitting the Sinaloans as hard as he says they are -- which is what we found -- it's because he's had to prioritize. He's picking his battles.

For instance, he's going after more ruthless drug mafias, like the Zetas, first. But I did speak with a senior U.S. government official involved in counter-drug policy in Latin America, and he said that at this moment, there is a, quote, "great pushback" from the U.S. intelligence community. And they're concerned about giving too much sensitive information to Mexico because of this very reason: They fear that the drug cartels have infiltrated the people under Calderon to the point that it could endanger their intelligence sources.

MONTAGNE: And we'll be hearing more about this story tonight on All Things Considered. NPR's John Burnett, thanks very much.