Accessibility links
Movie Review - 'John Rabe' - In A Grim Nanking, False Notes of Hope During the Second Sino-Japanese War, German businessman John Rabe (Ulrich Tukur) leads a committee of foreigners who help save Chinese citizens from Japanese war crimes. Florian Gallenberger's film delivers an artful look at the Nanking massacre, but disappoints when it comes to fleshing out the lives of its Samaritans.

'John Rabe': In A Grim Nanking, False Notes Of Hope

'John Rabe': In A Grim Nanking, False Notes Of Hope 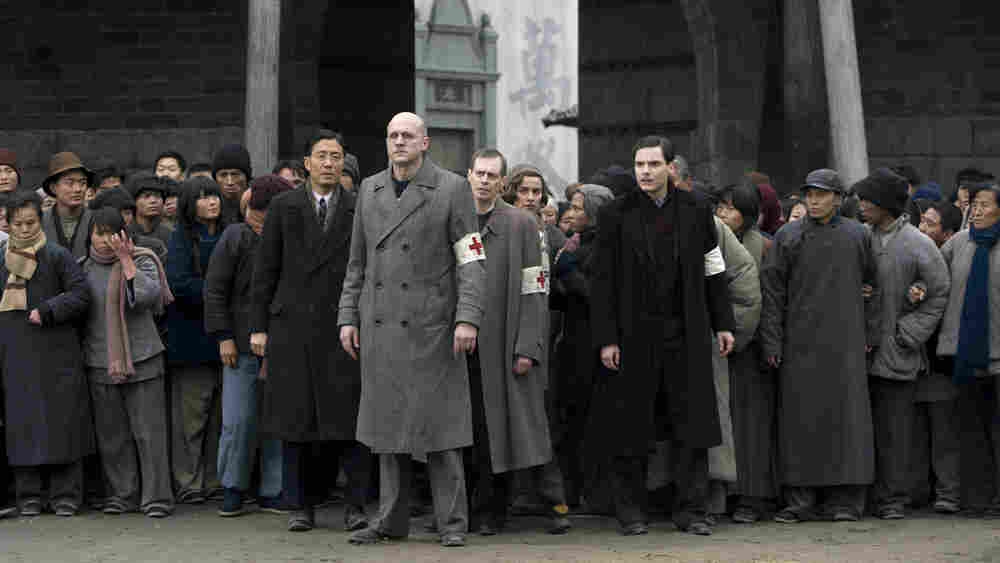 In English and German, with subtitles

'What Do You Advise Us To Do?'

'What Are You Doing There?'

A historical horror story from the 1930s, John Rabe could have been made in that decade. The movie, named for a German industrialist who helped save perhaps 250,000 Chinese civilians from rampaging Japanese troops, melds stark reality and sentimental fiction in a style that lost its edge decades ago.

Florian Gallenberger's movie is instructive nonetheless, with sequences that effectively convey the savagery of an assault that took an estimated 300,000 lives. But it would be stronger without its invented moments and old-movie set pieces.

Blending black-and-white newsreel footage with reconstructions, the film depicts the conquerors' infamies: random attacks on civilians, widespread rapes, the systematic slaughter of POWs, beheadings as a form of sport and the use of Chinese corpses to fill large potholes. But the worst atrocities happen off-camera -- and never to characters we've come to know well.

Rabe died in 1950, barely a decade after leaving a devastated Nanking (now usually transliterated "Nanjing"). His role in creating the city's "safety zone" for civilians didn't become widely known until the 1990s, with the disclosure of his long-secret diaries and the publication of Iris Chang's best-selling The Rape of Nanking.

A longtime Siemens employee and a loyal Nazi, Rabe (Ulrich Tukur) is the ideal witness to what happened in Nanking in 1937. He has no motivation to exaggerate the crimes of Japan, Germany's ally at the time. For purposes of the Teutonic film market, he's also a "good German" from a period that doesn't provide much material for uplifting biopics.

Most of the other foreigners who worked to save lives in Nanking were American, a historical truth Gallenberger apparently found inconvenient; although his film's dialogue is divided equally between German and English, with smatterings of Chinese and Japanese, its narrative emphasizes Nanking's European benefactors. Aside from the title character, John Rabe's principal angels are German-Jewish diplomat Georg Rosen (Good Bye Lenin's Daniel Bruhl), American surgeon Robert Wilson (Steve Buscemi) and girls'-school headmistress Valerie Dupres (Anne Consigny). None gets a multifaceted characterization. 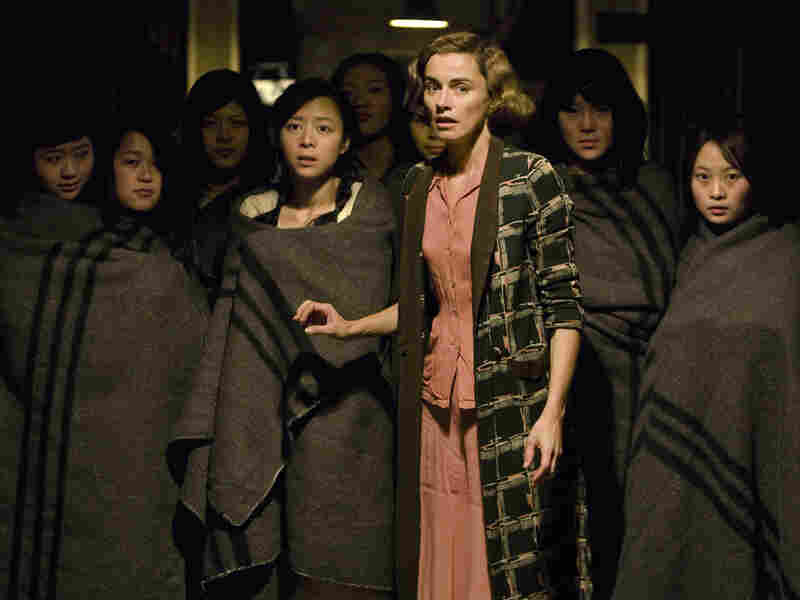 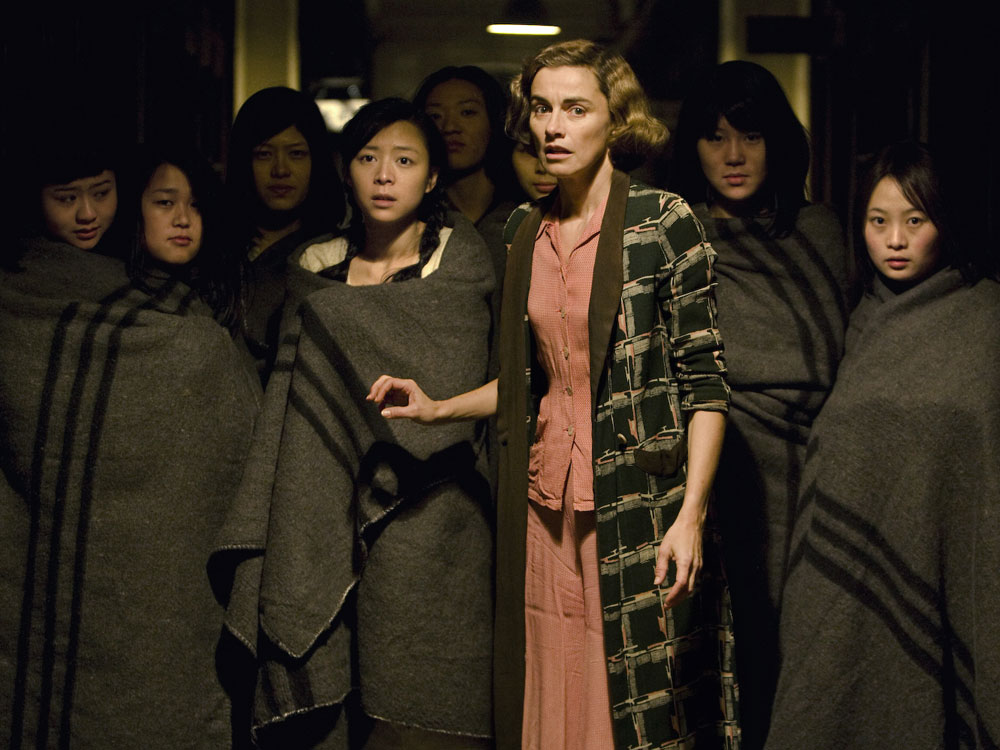 Dupres, who's French, is a fictionalization of Minnie Vautrin, who was born in Illinois. Several other notable Yanks are excluded from this version of the events, including John Magee, who filmed crucial footage of Japanese victims in Nanking. In his place we get pretty young Langshu (Rush Hour 3's Zhang Jingchu), who's introduced in a shot that, with laughable obviousness, zooms in on her camera. One of Dupres' students, Langshu regularly slips out of the safety zone to snap photos, always returning unscathed and in time to flirt with the handsome Rosen. Among the other too-cute moments are several scenes with Rabe's favorite kind of cake and a sequence in which Wilson, no lover of Nazis, gets drunk with Rabe and persuades him to sing an anti-Hitler ditty.

John Rabe wanders farther from plausibility as it continues, introducing a Japanese officer who warns of an imminent raid on the safety zone, and ultimately contriving a triumphant send-off for Rabe.

Triumph seems the wrong note for a feature film about mass murder. Yet Gallenberger insists on an old-school historical melodrama, with the darkest of terrors leavened by humor, tenderness and even romance. It's only the terror that rings true.