Accessibility links
Study Finds Dads Suffer Postpartum Depression A new statistical analysis finds that roughly 10 percent of new fathers experience postpartum depression during the time period ranging from three months before the baby is born through the baby's first birthday. Some of the triggers for men are most likely similar to those for new mothers such as sleep deprivation, emotional stress and financial worries. 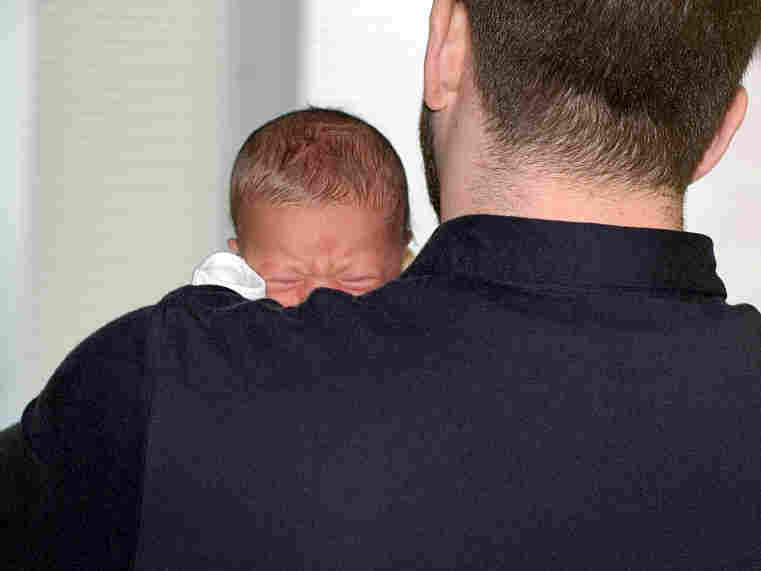 Dads may have some of the same triggers for postpartum depression as women, including shock from the major life change, sleep deprivation and financial stress that may come with a new baby. iStockphoto.com hide caption 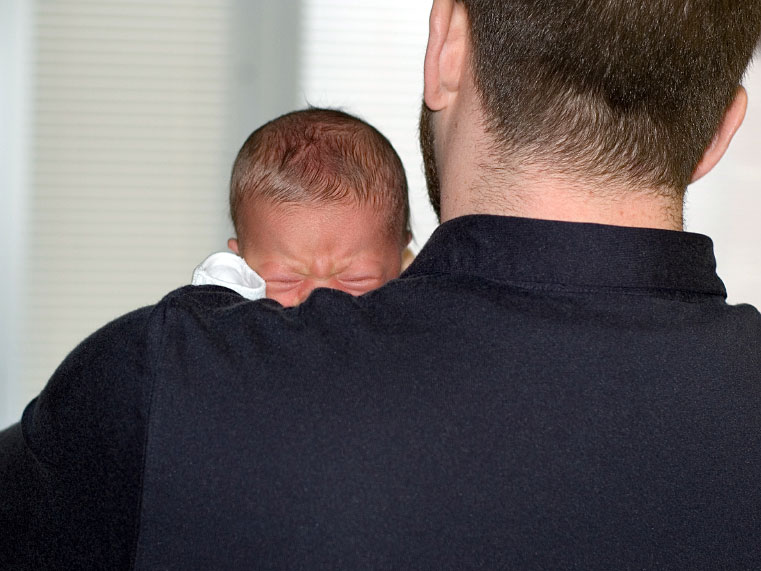 Dads may have some of the same triggers for postpartum depression as women, including shock from the major life change, sleep deprivation and financial stress that may come with a new baby.

While it's been widely known that some mothers suffer from postpartum depression, a series of studies over the years have suggested that new fathers may become depressed after childbirth, too.

Now an analysis of 43 earlier studies validates the fathers' experiences with statistics. About 10 percent of men whose partners are having babies suffer depression during the time period ranging from three months before the baby is born through the baby's first birthday. That's twice the usual rate of depression in men, and it's in the same range as postpartum depression in women.

The riskiest period for the father is when the baby is 3 to 6 months old, according to the study, which is published in the current issue of the Journal of the American Medical Association.

The study's conclusion is well supported, says Gregory Simon, a psychiatrist with Group Health Research Institute, a nonprofit in Seattle, and likely to be a surprise to men and to many health care professionals.

"The traditional thinking was postpartum depression among women was related to hormonal changes," he says. But both he and study author James Paulson of the Eastern Virginia Medical School say this theory is not completely nailed down. And this study puts some pressure on researchers to figure out what exactly is going on.

A lot of fathers, as well as medical professionals, don't recognize paternal depression as a problem. "I think that part of that has to do with the belief that most people believe that depression in women is caused by hormone changes," says Paulson.

Pregnancy-related depression comes as a surprise to most men it hits. Psychologist Will Courtenay of Berkeley, Calif., has made a career of helping men with depression and maintains the website SadDaddy.com. He says there's a myth in this country that men don't get depressed, and that's a danger.

"The cultural myth that men don't get depressed also communicates to men that they shouldn't get depressed -- or at least, not express it. And so they don't. They're more likely than women to try to hide their depression or to talk themselves out of it," he says.

That's what Joel Schwartzberg, 41, a producer with PBS, did. "Before my son was born, I had expectations of joy," he says. "I thought I would sail through the whole process. But it was like a wrecking ball on my life."

Schwartzberg was sad, dejected and irritable. He started eating and gained about 10 pounds. He eventually came out of it, but not before the stress led to the end of his marriage. He wrote about his experience in Newsweek in the hopes of letting other fathers know they're not alone.

The Stress Of Parenting

There are lots of things that can be affecting fathers just like they might affect mothers, says study author Paulson. "Going from being a single person to a parent is a real shock," he says. "And certainly both parents trying to cope with a big change in life can be stressful."

There's the financial stress of having a child. And Paulson speculates that the spike in depression when the baby hits 3 months of age may be due to having both parents back at work as parental leave ends.

But there's help for new fathers who are hurting. Treatment options include talk therapy, group counseling and drug treatment -- or just open and frank discussion within the family.

And the new study may help by raising awareness about the issue, says Simon, so that new mothers know their partners may be having problems, so men know to seek help, and so health care professionals recognize the symptoms.