Accessibility links
Elizabeth Cook: Daughter Of A 'Welder' Growing up on bar stools and putting on concerts in cowgirl outfits as a child, Cook decided to make music her full-time gig later on in her life. The country singer-songwriter takes time to write multidimensional lyrics about complex characters who deserve them. 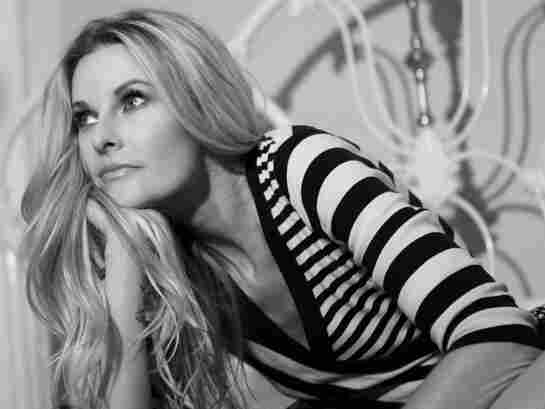 Elizabeth Cook takes time to write multidimensional lyrics about complex characters who deserve them. courtesy of the artist hide caption 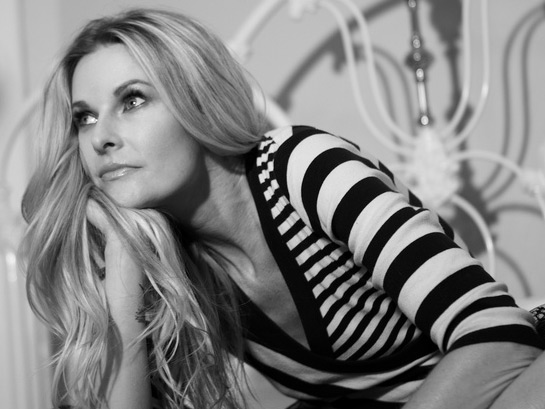 Put on Welder, the new album from Elizabeth Cook, and right away you get a big, bracing splash of the South. Cook grew up in the country -- central Florida -- and was the youngest of 11 half-brothers and sisters.

Cook does have a welder in her family. Her dad learned the trade in the Atlanta federal penitentiary, where he served time for selling moonshine. Once out of prison, he moved into a home with a backyard up against Cook's mother's, and they soon learned that both were musicians. They would play bars -- or as Cook's parents called them, "bloody buckets" -- and little Elizabeth would sit on a bar stool.

"It was a part of our life," Cook says. "Some families now, they go to soccer games. It sounds kind of cryptic, but it wasn't. There was a lot of love and a lot of fun."

Cook wasn't too interested in performing then, though her parents would occasionally drag her onstage to sing a Hank Williams song. She only got serious about music when she got older.

"[My parents] decided to make a little project out of me," Cook says. "I had my own band and cowgirl outfits. Mother wrote songs for me to record."

It's All In The Details

At first, it was very much Cook's parents' idea, though she did like the outfits. Cook says that when she was young, she didn't like the pressure of performing and that she was very shy, but All Things Considered host Melissa Block thinks anyone who sings "El Camino" gives the opposite impression, especially given the rhyme, "If I wake up married, I'll have to annul it / Right now my hands are in his mullet."

In her songs, there are tiny details that say so much. But when Block asks her about "Heroin Addict Sister," Cook doesn't want to share any more than that.

"I'm very generous with details and with lyrics -- and that's all I have to say about it at this time," Cook says.

But the character in "Heroin Addict Sister" isn't all bleak. There are many dimensions to her.

For Cook, a great show is one with "many dimensions to it." There are quiet and poignant parts, but it also gets "rowdy, greasy and loud." Some nights, Cook throws in some clogging, though without the traditional crinolines.

"Mother put me in clogging lessons when I was a little girl," Cook says. "We said tap was for rich people. She loved it. She loved stompin' around in big crinolines to hillbilly music."