Accessibility links
In 'Perrier's Bounty,' A Do-Gooder On The Run Michael McCrea (Cillian Murphy) owes the mob more money than he can pay, so he goes on the run with his eager-to-help neighbor and a father who's haunted by Death. Despite all the guns and shadows, Perrier's Bounty has a sunnier outlook than you'd expect.

In 'Perrier's Bounty,' A Do-Gooder On The Run

In 'Perrier's Bounty,' A Do-Gooder On The Run 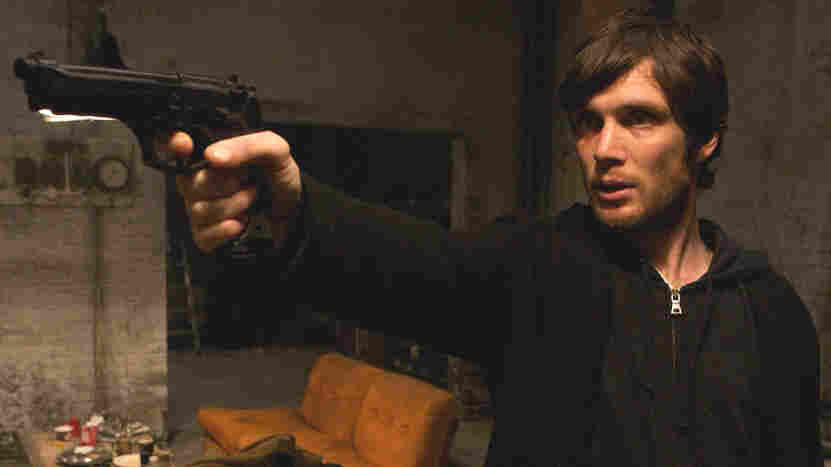 A Dubliner In Default: When a mobster comes 'round to collect the cash he's owed, a hard-up layabout (Cillian Murphy) has to choose between fight and flight. IFC Films hide caption

A Dublin bad boy proves his essential goodness under the worst possible circumstances in Perrier's Bounty, a splendidly plotted if thematically unsurprising comedy. The pleasure comes not from fresh insights, but from a droll script and expertly timed performances.

Set in a single day, this underworld romp wanders the same spiritual wasteland as Snatch and In Bruges, but with a more humane outlook -- not that its empathy prevents a half-dozen murders and considerable maiming.

Perrier (Brendan Gleeson) is a Dublin crimelord, and his bounty will soon be on the head of Michael (Cillian Murphy, hiding his baby face behind a scruffy beard). Michael owes the mobster the less-than-staggering sum of 1,000 euros (about $1,200 at recent exchange rates) but hasn't given much thought to paying the debt. With only hours to spare, Michael visits local loan shark The Mutt (Liam Cunningham) for some cash. The Mutt hasn't got it but offers Michael one-third of the proceeds if he'll participate in a burglary.

That crime doesn't go as planned, of course, and neither does anything else. After enforcers come calling -- and get an unexpected answer -- Michael finds himself on the run together with an unlikely posse: his estranged father, James (Jim Broadbent), and downstairs neighbor Brenda (Jodie Whittaker), both of whom have urgent emotional needs. Brenda has just been dumped by her boyfriend, and James has been visited by the Grim Reaper, who foretold his imminent death. (The Reaper never appears, though he offers salty musings from the beyond in the voice of Gabriel Byrne.) 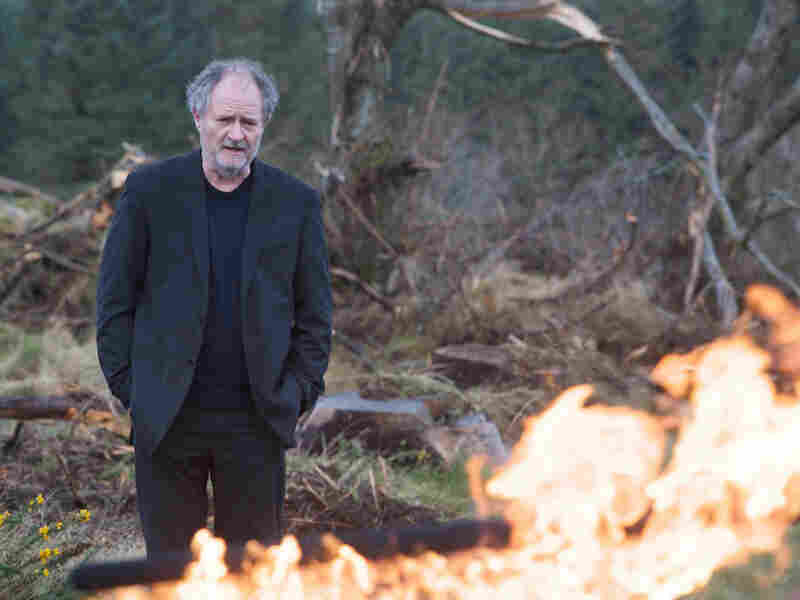 Man In Black: Before Murphy's Michael can hit the road, he's reunited with his estranged father (Jim Broadbent), who says he's about to die -- at least that's what the Grim Reaper (Gabriel Byrne) told him. IFC Films hide caption 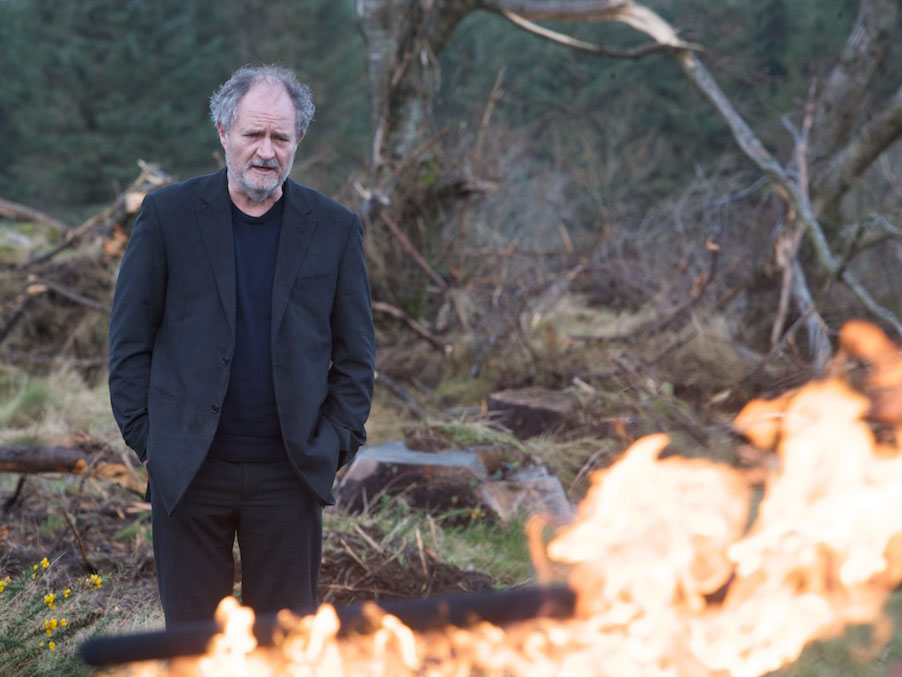 Man In Black: Before Murphy's Michael can hit the road, he's reunited with his estranged father (Jim Broadbent), who says he's about to die -- at least that's what the Grim Reaper (Gabriel Byrne) told him.

As the trio flees Perrier and his goons, much is revealed, including the sexual orientation of a couple (literally) of hoodlums. Adding to the mayhem are the local police, Brenda's ex, a coke dealer, some teenage car thieves, a farm woman with an active imagination and a group of mean-dog fanciers. And because this is Ireland, most of the characters have more poetic sensibilities than otherwise might be expected.

Along the way, we learn that our hero is something of a do-gooder. Although Michael is prone to bar fights and not opposed to the occasional B&E, many of his problems stem from attempts to help the weak and the innocent. (That would include Brenda, who's not so innocent that she doesn't have a handgun stashed in her flat.)

In the U.K., some grousing has been heard about the inadequate Irish accents of Londoners Whittaker and Broadbent. Maybe so, but they're both very funny, and Broadbent carries every scene he's in. Partially, that's because he's subverting expectations: It's a hoot to hear the actor, known for playing eminent Victorians, casually request cocaine. But he's just as amusing when delivering lines that aren't so incongruous.

Those lines are the work of the hot-ticket Dublin playwright Mark O'Rowe, who's previously written two neglected cinematic gems, Intermission and Boy A. His dialogue is comic, but not so flashy that it undermines character. Much of the movie's humor is in the way its events frantically dovetail: A deft farceur, O'Rowe makes absurd coincidences seem inevitable. Director Ian Fitzgibbon, meanwhile, serves as facilitator of the writer's singular "cartoon naturalism"; he doesn't go all Guy Ritchie with hyperactive editing and camera movements, instead allowing the script and actors room to breathe.

Ultimately, Perrier's Bounty isn't so bold as to challenge its genre. Although it keeps much of the violence off-screen, it still offers brutality as a punch line. But the film has some heart -- and a lot of laughs -- to offset its standard-issue cynicism.