Accessibility links
Ladies' Choice: To Be A 'Doll On Wheels' Sports commentator Frank Deford is pleased to see that the sport of roller derby is alive and well for women all over the world. The number keeps growing, but there are now well over 500 women's leagues in 16 countries, spanning North America and Europe as well as Australia and Brazil. 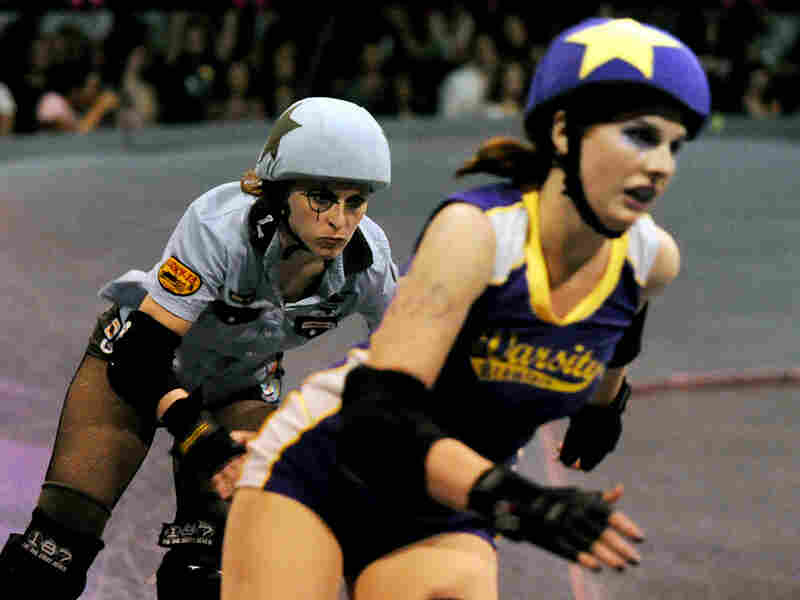 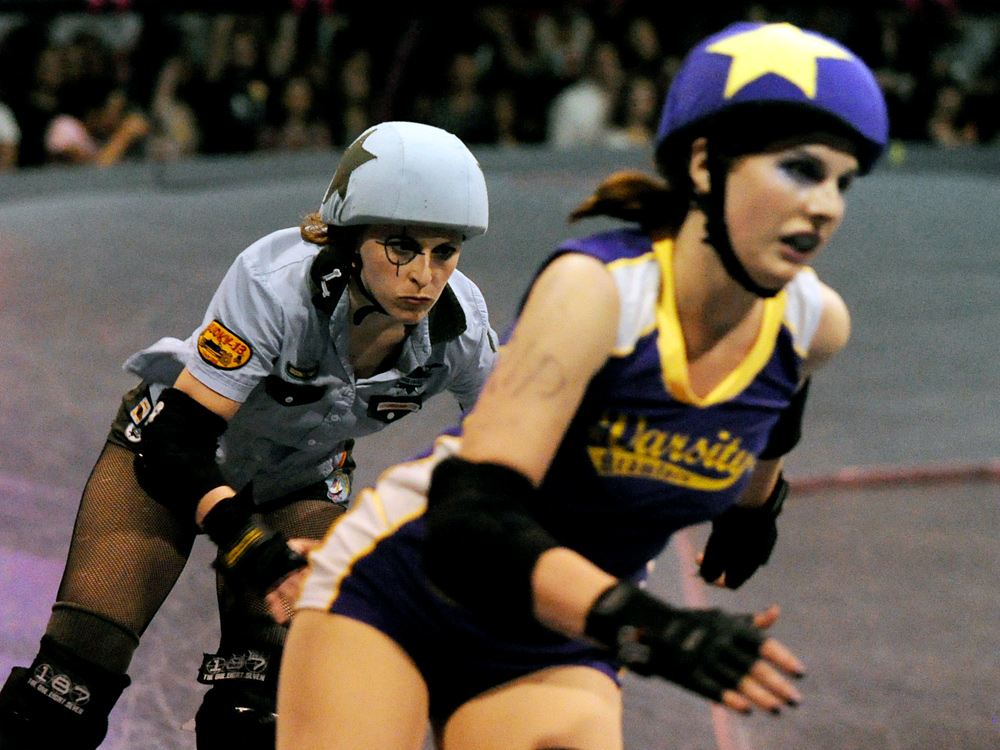 Back in the 1960s, Joan Weston was very likely the highest-paid female athlete in the world. Of course, you probably never heard of her. She was the star of the roller derby.

It wasn't her choice. It's just that she was a fabulous natural athlete, and in those days, there weren't many opportunities for women in professional sport.

One night, somewhere out on the road -- because the derby was always somewhere out on the road -- Joanie held her little dog in her lap, and she sighed, and this is what she told me, wistfully: "All I want out of the roller derby is to make good money, get out of it in one piece, and years from now, when I say I was in the roller derby, I want people to still know what it is. I want that."

Joanie died back in 1997, much too young, but she'd be happy to know that, incredibly, yes, in 2010, a lot of people do know what the roller derby is. The sport, which was dreamed up in the '30s as a Depression divertissement, regularly has booms and busts, but it just can't be killed.

In the past few years, it's resurfaced again, but this time, as an amateur participant sport –– and almost exclusively for women.

The number keeps growing, but there are now well over 500 women's leagues in 16 countries, from all over North America, to Europe, to Australia, to Brazil, to Abu Dhabi. The A&E network did a reality show on the revival; Drew Barrymore made a movie about it. I even saw a musical comedy showcase.

Now the derby's actually starting to draw crowds in the thousands, with respectable ticket prices: $15-$20. So many women are migrating to the mayhem that two skaters, Jennifer Barbee and Alex Cohen, have written an "Insider's Guide" for aspiring skaters ... or "dolls," as they prefer to be called.

The majority of skaters are college-educated, and many are professionals. Alex Cohen, for example, just happens to be the local host of All Things Considered in Pasadena, Calif. She's skated under the nom du knockdown of "Axels of Evil."

For the skaters, the appeal seems to be that they can be both sexy and strong ... and themselves. My old friend Joanie Weston would be thrilled, not only that the derby is thriving again -- but at last it's downright respectable to be a doll on wheels.