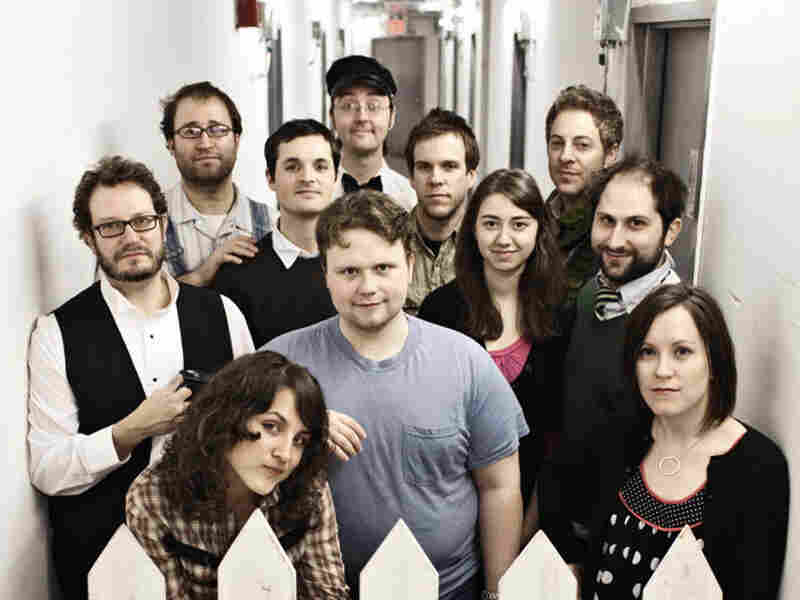 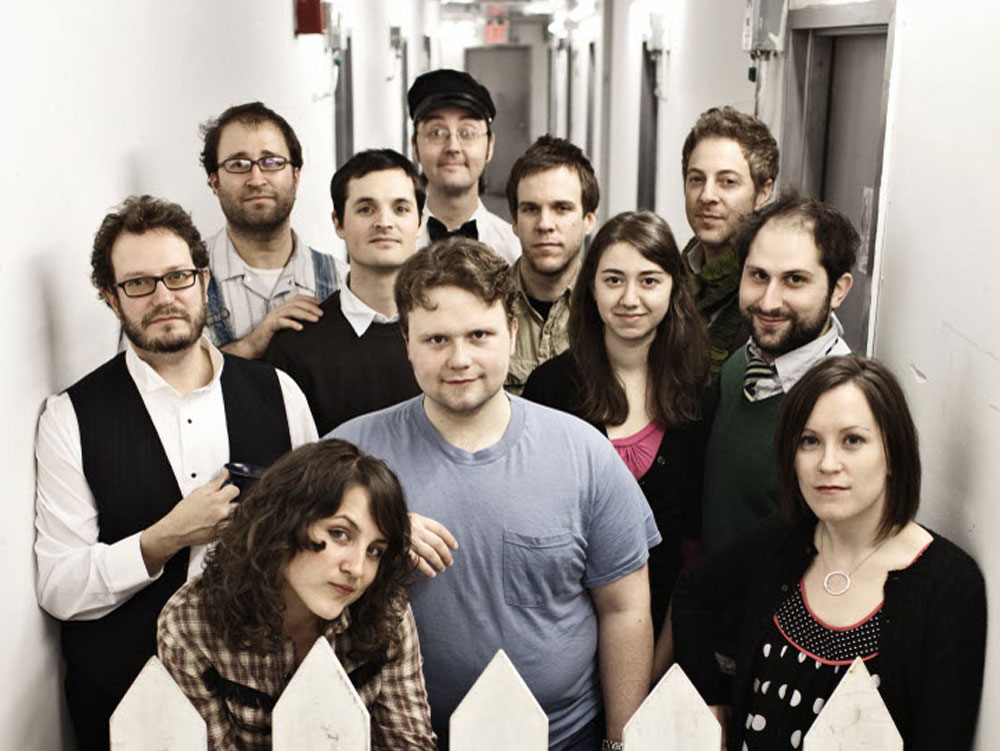 Balthrop, Alabama is a Brooklyn band spearheaded by Pascal and Lauren Balthrop, siblings from Mobile, Ala. Their group includes 10 or so folks who play instruments such as washboard, keys, banjo and guitar. In concert, they dress up as locals from the fictional town of Balthrop, and perform in character as the milkman, the rabbit farmer, the town drunk and so on. Those theatrical live performances showcase a penchant for songs that are equally wry, glib and melancholy. (Sample line: "Today is the day that the world is going to explode... This makes me smile to think about how / today is the day of our last goodbye.")

Their most recent works are two EPs, Cowboy Songs and Subway Songs. The latter focuses on death and is highlighted by "Subway Horns," a brassy, stomping track which brings to mind a New Orleans funeral march. The song is dedicated to musicians who've committed suicide, particularly Elliott Smith, the beloved singer-songwriter who died in 2003. More upbeat than Smith's signature works, "Subway Horns" juxtaposes a merry melody with a tragic story. "I understand you're gone," goes the chorus, sung by Lauren Balthrop and Therese Cox. "But I don't believe you did it / Why can't you just hold on?" Half tribute to Smith and others, half a plea to those considering following suit, the track is as spooky and cheeky as it is moving.