Accessibility links
Movie Review - 'Shrek Forever After' - Happily Ever After Ain't All It's Cracked Up To Be In Shrek Forever After -- the last installment in the franchise -- the big green ogre has grown tired of family life with the lovely Fiona and their litter of ogrets. So when he's offered a way out of his midlife crisis in exchange for one day of his life, Shrek eagerly takes the deal -- with no idea of what the consequences will be.

Happily Ever After Ain't All It's Cracked Up To Be

Happily Ever After Ain't All It's Cracked Up To Be 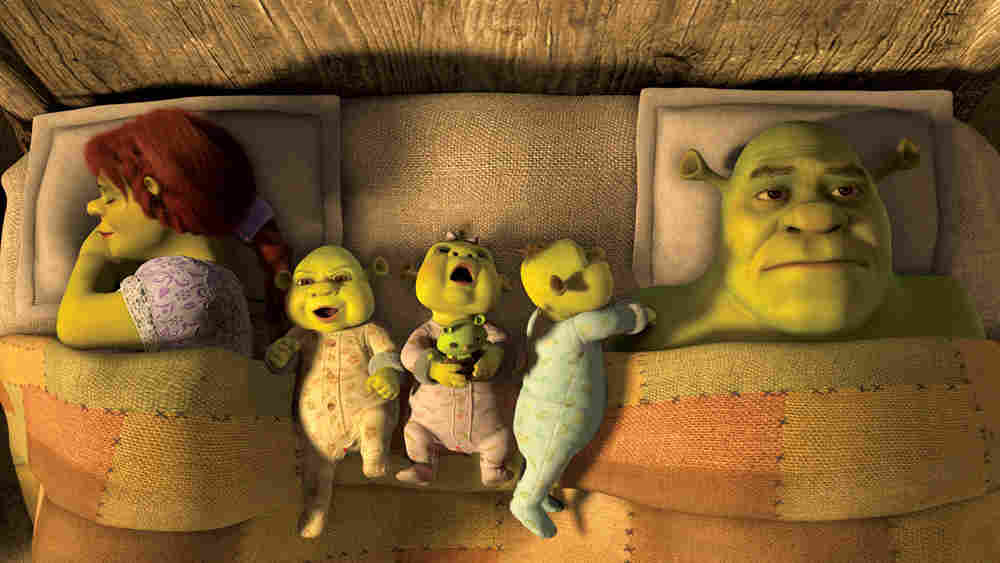 'Feed Me If You Dare'

'Waffles In The Forest'

'Welcome To The Resistance'

Along with other great writers for the young, William Steig, author of the wickedly transgressive Shrek, didn't much like children himself: Whether it was despite or because he was married four times and had three offspring of his own, he regarded family as a necessary evil. And while I don't know whether Steig saw the charming first movie in the Shrek series -- which transformed his warty, misanthropic monster into a mildly grumpy green giant with caramel insides -- before he died in 2003, I imagine that if he did, he'd have found DreamWorks' distillation of Disneyish family values unpardonably tame.

So it goes in the land of Parental Guidance. Still, I think Steig might have been tickled by the opening scenes of Shrek Forever After. The fourth and last in this richly lucrative if rather uneven franchise is the only one to address the writer's antipathy for domestic bliss, and it does so with a twitchy ambivalence that brings to mind a certain classic movie by Frank Capra.

We find our fluty-eared hero (voiced by Mike Myers, Glaswegian as ever despite his Canadian roots) shacked up comfortably with the satisfyingly plump Fiona (Cameron Diaz), a raft of adorable Shreklets and a visiting rainbow coalition of baby donkey-dragons. It's a wonderful life, yet all is not well. Every day the same old feeding and clothing, the same farting, burping and climbing all over Dad. No one's scared by the sight of Shrek any more; he's lost his roar. Family life has unmanned him and turned him into a tame tourist attraction.

Thus disgruntled, Shrek is easy prey for Rumpelstiltskin, the latest Grimm Brothers villain bent on ruining his day. Without reading the fine print, Shrek eagerly agrees to give up a single day of his life in return for his lost testosterone.

In a trice, the wily Rumpelstiltskin, who has a lantern jaw like Quentin Tarantino's but is voiced by story editor Walt Dohrn, makes off with the day Shrek was born, thus abolishing the ogre's entire history with his loved ones at a stroke. Aided by a fleet of screaming witches and a fine collection of fright wigs, Rumpel takes over the land of Far Far Away and turns it into a scorched-earth slave compound serviced by the fairy-tale ensemble we knew and loved in the first three Shrek movies. Worse yet, Shrek's sidekicks, Donkey and Puss in Boots -- now one very fat cat, for want of predatory action -- don't know Shrek from Adam. Neither does Fiona, now a vision in fur as leader of the ogreish underground resistance to Rumpelstiltskin's imperial ambitions; as Shrek quickly discovers, you try administering True Love's Kiss to this warrior queen, and you'll get a blunt instrument in your butt. 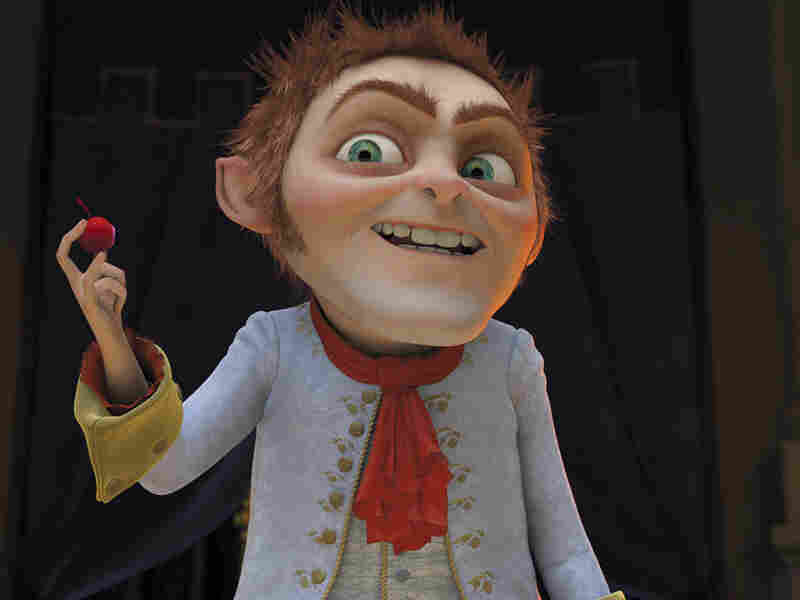 One Devilish Dwarf: When Rumpelstiltskin (Walt Dohrn) catches wind of Shrek's discontent, he uses it to take over the land of Far Far Away. DreamWorks Animation hide caption 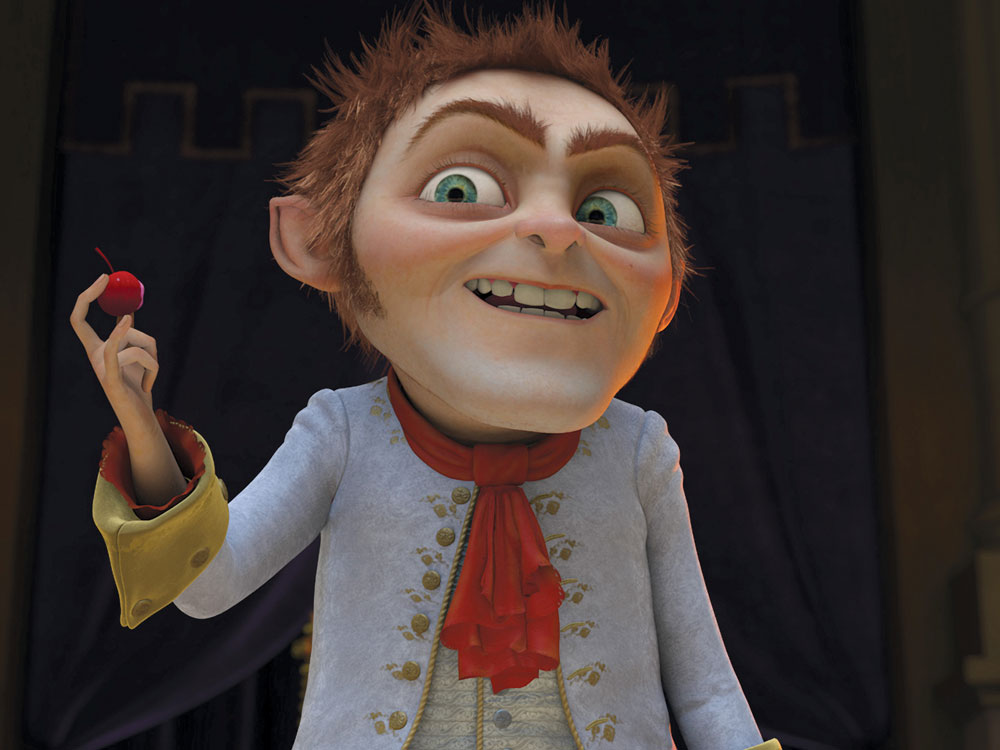 One Devilish Dwarf: When Rumpelstiltskin (Walt Dohrn) catches wind of Shrek's discontent, he uses it to take over the land of Far Far Away.

Pretty soon, however, the team is back in harness, and the rest is a rescue operation with the usual cast of long-nosed, pig-faced saviors, and one that's more than faintly derivative of its predecessors.

Let's recap: Shrek was fresh and sweet; Shrek 2 was fiendishly clever but barely a children's movie, on account of its incessant knowing winks at the adult audience; Shrek the Third was a big boring mess. They all made big bucks, and you'd think the franchise would be pretty clapped out by now and in no need of a footnote.

As sequels go, Forever After (capably directed by Mike Mitchell) is charming, giddy fun, though it can never be quite as fresh as Shrek, whose tone and style it most resembles. Josh Klausner and Darren Lemke's sharp screenplay clips along, driven by the usual merrily irreverent one-liners, and the parent-pandering that has become a staple of children's movies is kept within manageable limits. (It's provided mostly by new characters voiced by Mad Men's Jon Hamm and Glee's Jane Lynch, and by a soundtrack featuring Karen Carpenter.) The visual jokes -- one standout is an army of ogres condemned by the Pied Piper to perpetual line-dancing -- are pretty irresistible.

So by all means, enjoy Shrek Forever After, on the understanding that with or without its superfluous 3-D trimmings, it's no more cut from the cloth of William Steig than its predecessors. After a promisingly mutinous start, the plot heads exactly where any clued-in 5-year-old would expect it to. Frank Capra might look down from heaven and bless Shrek's return to home, hearth and cute little babies. Look down to hell, though, and I'm willing to bet you'll see William Steig, horns aquiver with rage, and with two thumbs pointed down.