Accessibility links
U.S. Scientists Urge Action On Climate Change A report from the nation's top scientific organization released Tuesday says climate change is definitely happening, and in large part due to human activity. The National Research Council report also stresses that scientists need to figure out how to predict the effects of climate change -- and develop ways to adapt. 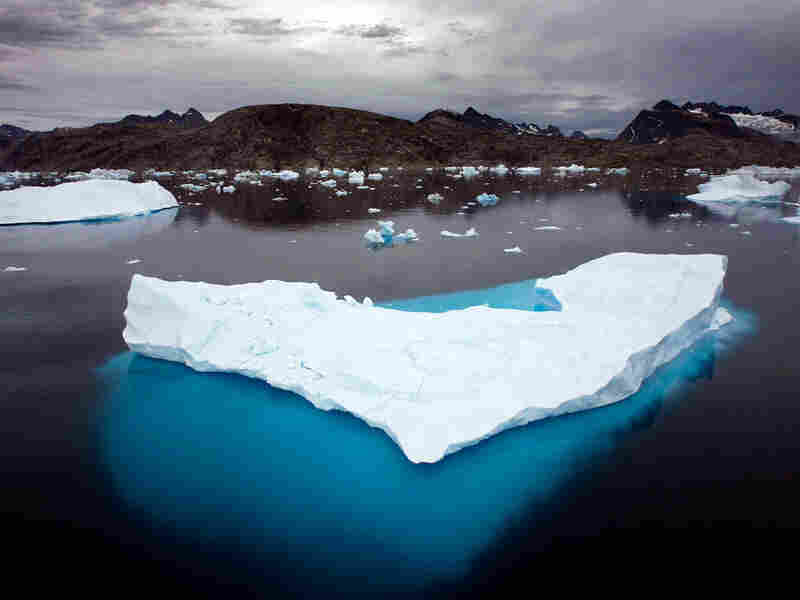 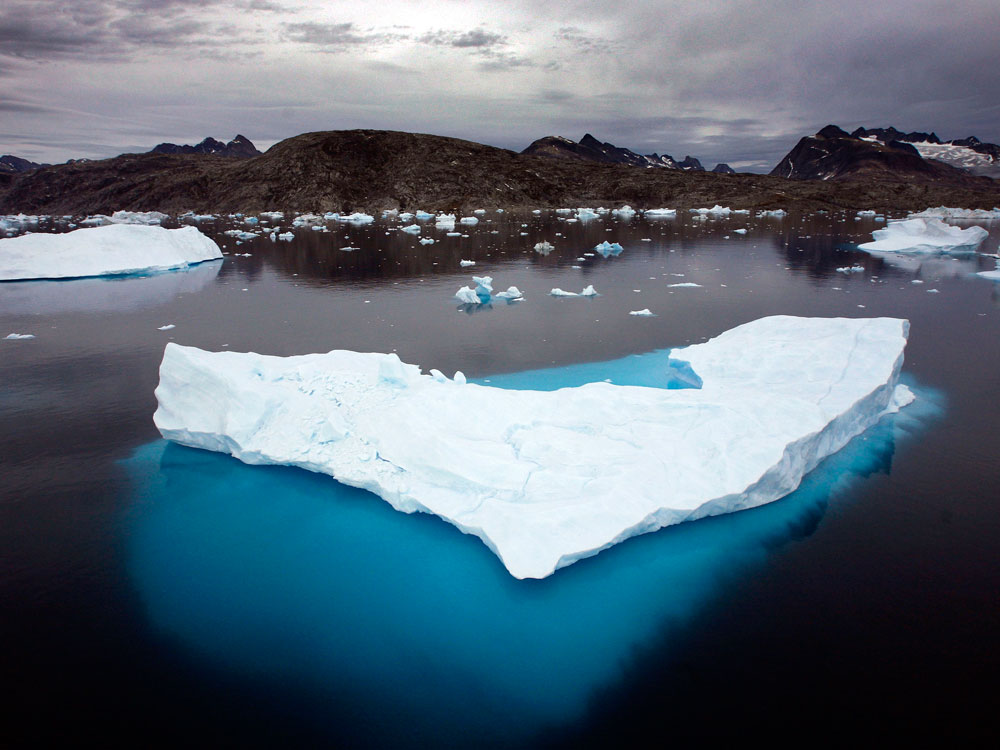 Icebergs float in a bay off Ammassalik Island, Greenland.

The nation's pre-eminent scientific organization says the Earth is definitely warming and is calling on the government to organize a massive and sustained effort to slow that warming.

The National Research Council in Washington also says scientists need to figure out how to predict and limit the effects of climate change, and how to adapt.

The report from the NRC is the culmination of two years' work and is the most comprehensive it has issued on climate to date. NRC is the place the government and Congress go to get answers to tricky scientific questions. It's part of the National Academy of Sciences and essentially deputizes science's top guns to tackle those questions.

Tuesday Robert Fri, an M.B.A. and energy analyst at the economic think tank Resources for the Future, summed up the NRC panel's view on climate change. "A principal conclusion of our report is that the country needs both a prompt and a sustained national commitment to reducing greenhouse gas emissions," Fri said. Those emissions are mostly carbon dioxide from burning fossil fuels like coal, oil and natural gas.

Although the report leaves the decision-making to politicians, it does get more prescriptive than previous academy climate studies. For example, it states that the annual emissions from American factories, power plants, cars, agriculture and the like -- about 7 billion tons of greenhouse gases -- must be cut at least a third. The report says total emissions over the next 40 years should not exceed 200 billion tons.

"How hard is it to do the job?" Fri said. "Well, it turns out, meeting that emissions budget is a very challenging task."

A task, says Fri, that will require a price on carbon emissions as well as inventing technologies that don't exist yet.

What does exist now is scientific evidence of warming. But earth scientist Pamela Matson from Stanford University, who led the report's section on the state of the science, says measuring what's happening now isn't enough anymore.

"The scientific community would say that this is a core fact. Basically, that climate is changing," says Matson.

"We also have a lot more lines of evidence now indicating that humans are in large part the reason that the increase in temperature is occurring. What we haven't done as much of is focus enough attention on what to do about that."

Planning For An Uncertain Future

The report says scientists need to spend more time figuring out what's going to change. For example, how will higher temperatures affect agriculture? And where and when? Matson says that's a moving target largely guided by how much fossil energy people will be using.

"There are a lot of uncertainties about the future," Matson said, "and the uncertainties are in large part because we don't know what people are going to do."

And what people do, Matson adds, may depend on how well scientists explain what they know. "We miscommunicate all the time," Matson says.

"For example, we use the term 'uncertainty' all the time in science; it represents a quantitative statement of how well we know something. But think of what uncertainty means for most people -- it means we don't know."

The point of this report, she and its authors say, is to show that scientists do know that something must be done to keep the Earth's climate from heading into uncharted territory.