Excerpt: 'The Prince Of Mist'

Excerpt: 'The Prince Of Mist' 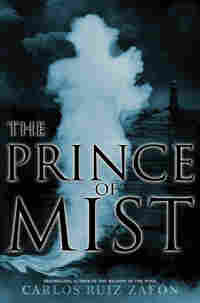 Max would never forget that faraway summer when, almost by chance, he discovered magic. It was 1943, and the winds of war were dragging the world relentlessly toward the abyss. In the middle of June, on Max's thirteenth birthday, his father, an eccentric watchmaker and inventor of dazzling if completely impractical devices, gathered the family in the living room to announce that this would be their last day in the lofty apartment perched high above the oldest part of the city, a place that had been their home ever since Max could remember. A deathly silence fell upon the members of the Carver family. They looked at each other, and then at the watchmaker. He had that smile on his face they all knew so well, the one that always meant he had bad news or another of his crazy ideas.

"We are moving," he announced, "to a beach house in a small town on the coast. We're getting out of this city and away from the war."

Max gulped, then timidly raised his hand in protest. The other members of the family joined in, but the watchmaker waved away their concerns. He was on a roll now, and he laid out his plan with military precision. There would be no going back on the decision: They were leaving the next morning at dawn. Now they had to pack up their most prized possessions and prepare for the long journey to their new home.

In truth, the family was not entirely surprised by the news. They all suspected that the idea of leaving the city in search of a better place to live had been on Maximilian Carver's mind for some time -- everyone, that is, except his son, Max. To him, the news felt like a mad steam train hurtling through a china shop. His mind went blank, his mouth sagged, and his eyes glazed over. As he stood, transfixed, it occurred to him that his entire world -- his friends at school, everyone he hung out with, even the corner shop where he bought his comics -- was about to vanish forever.

While the rest of the family went off to pack up their belongings, finally resigned to their fate, Max remained staring at his father. The watchmaker knelt down and placed his hands gently on his son's shoulders. The look on Max's face spoke volumes.

"It might seem like the end of the world to you now, Max, but I promise you'll like the place we're moving to. You'll make new friends; you'll see."

"Is it because of the war?" asked Max. "Is that why we have to leave?"

A shadow of sadness fell across his father's eyes. All the drive and conviction of the speech he had made to them earlier was gone, and it occurred to Max that perhaps his father was the one who was most afraid of leaving. But if he had pretended to be excited about the move, then it was because it was the best thing for his family. There was no other option.

"Things'll get better. We'll be back. I promise." Maximilian Carver hugged his son and smiled mysteriously, then pulled an object out of his jacket pocket and put it in Max's hands. It was a shiny oval that hung from a chain. A pocket watch.

"I made it for you. Happy birthday, Max." Max opened the silver watch. The hours on the face were marked by moons that waxed and waned to the rhythm of time, and the hands were rays of a sun radiating out from the center of the dial. On the case, engraved in fine script, were the words MAX'S TIME MACHINE. For a second Max wished his father's latest invention really could stop time. Yet when he raised his eyes and glanced through the window, it already seemed to him as if the light of day was receding and the endless city of spires and domes, of chimneys weaving cobwebs of smoke across the iron skies, had started to fade away. Years later, as he remembered the scene, his family wandering to and fro with their bags while he sat in a corner clutching the watch his father had given him, Max knew that this was the day he left his childhood behind.

That night Max didn't sleep a wink. While the rest of the family slept, he lay awake, dreading the dawn when he would have to say good-bye to the small universe he had built for himself over the years. The hours crept by silently as he lay stretched out on his bed, his eyes lost in the blue shadows that danced on the ceiling, as if he might find in them some oracle that could predict his destiny; in his hand was the watch his father had made for him. The moons glowed in the darkness of the night -- perhaps they held the answer to all the questions he had begun to ask himself that afternoon.

Finally, day began to break over the horizon in a streak of red light. Max jumped out of bed and went down to the living room. His father was sitting in an armchair, fully dressed, reading a book by the light of an oil lamp. Max was not the only one who had spent a sleepless night. The watchmaker smiled at him and closed his book. "What are you reading?" asked Max, pointing at the thick volume.

"It's a book about Copernicus. I take it you know who he is?" asked Mr. Carver.

His father sometimes still treated him as if he were a child.

"Well, what do you know about him?" his father asked insistently.

"He discovered that the earth turns around the sun, not the other way around."

"Not bad. And do you know what that means?"

The watchmaker smiled and handed Max the hefty tome.

Max inspected the mysterious leather-bound volume. It looked as if it was a thousand years old and might house the spirit of some age-old genie trapped in its pages by an ancient curse.

"Well, now," his father said abruptly, "who's going to wake your sisters?"

Without looking up from the book, Max shook his head to indicate that he was granting his father the honor of dragging his two sisters -- Alicia, aged fifteen, and Irina, aged eight -- out of their beds.

While Maximilian Carver walked off to give the rest of the family their wake-up call, Max settled into the armchair and began to read. He lost himself in the words and images conjured in his mind, and for a while he forgot that his family was going anywhere. He found himself flying among stars and planets, but then he raised his eyes and saw his mother standing next to him with tears in her eyes.

"You and your sisters were born in this house," she murmured.

His mother smiled at him and kissed him on the forehead.

His mother had a way of reading his thoughts. Half an hour later, the entire family crossed the front doorway for the last time, heading toward a new life. Summer had begun. 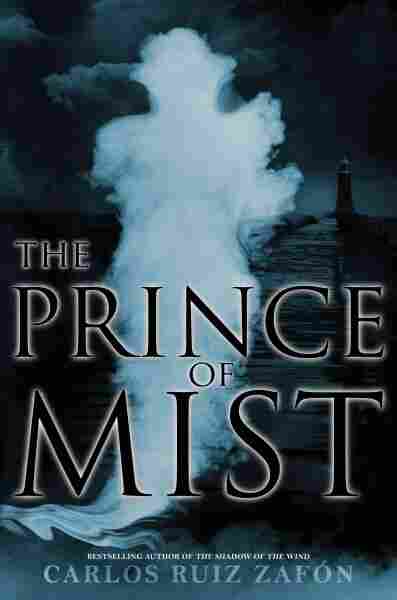 The Prince of Mist