Accessibility links
Scientists Reach Milestone On Way To Artificial Life For the first time, scientists have synthesized DNA in the lab, put it into a cell, which is now growing and multiplying. This means that we're one step closer to creating life. But some bioethicists are asking: Are we playing God? And, more practically, they worry: What happens if artificial organisms leave the lab? 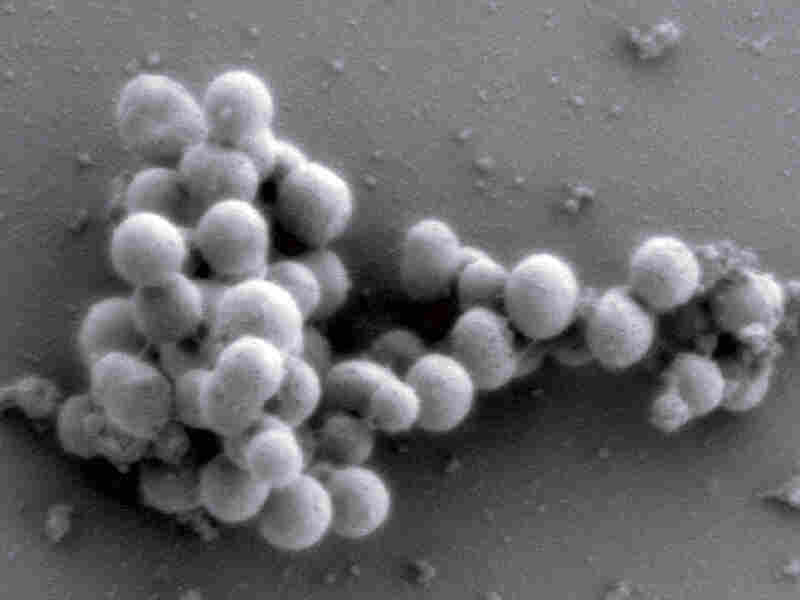 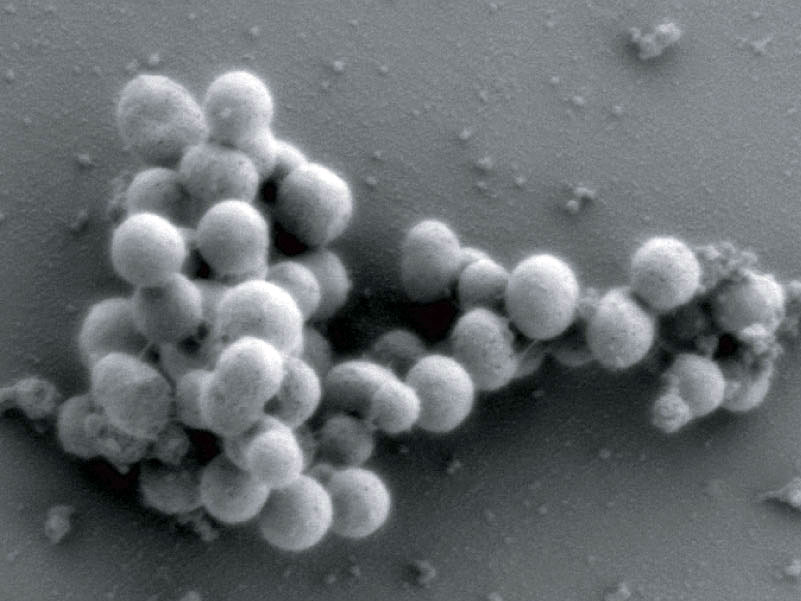 Craig Venter and his team planted a synthetic M. mycoides genome into these yeast cells.

Scientists are reporting that they have made a living cell from DNA that was originally synthesized in a lab. This isn't quite a synthetic organism. But the result is an important, and some would say troubling, step on the road to creating life in the lab.

Craig Venter is the scientist behind the effort. Many scientists have strong opinions about Venter, but even his detractors will admit he's a man who thinks big.

Venter and his team have been working to create a synthetic cell since 1995. The idea is to use the four chemical constituents of DNA -- named A, T, C and G -- to put together a synthetic genome. Then they would put that synthetic genome into a cell, and have it direct the cell as it grew and multiplied. Now they've succeeded.

Venter says there were two enormous hurdles to accomplishing his goals. First, he needed to figure out how to make a very big piece of DNA. Most chemical synthesis techniques stop working when you get to a few thousand DNA letters. That means you can't copy a whole genome -- you have to do it in parts.

But Venter says, "We wanted to make something close to a million." Solving all the chemistry has taken much of the past 15 years.

Venter and his colleagues eventually solved this problem by putting smaller fragments of synthesized DNA first into bacterial cells, where they assembled into large fragments, and then into yeast cells that stitched those fragments together.

The second hurdle was figuring out how to transfer that large chunk of DNA into a cell without breaking it. To begin with, he wanted to show he could transfer a working chromosome from one species of bacteria to another.

So he took the genome from a simple cell, a small bacterium called Mycoplasma mycoides, and spent several years trying to transfer its genome into a related species, Mycoplasma capricolum. He finally succeeded.

"So it was the capricolum cell, with the mycoides genome in it," says Venter.

After he cleared those two hurdles, the last step was to make an exact copy of the mycoides genome in the lab, and transfer that synthetic genome into capricolum.

It took several more years of work, including determining a more accurate DNA sequence for the mycoides genome, to get the system to work. But now, as he and colleagues report in the journal Science, they've done it.

But this isn't really a new life form, says Jim Collins, a synthetic biologist at Boston University. "Its genome is a stitched-together copy of the DNA of an organism that exists in nature."

Collins says Venter has created something remarkable, but it's not creating life.

"We don't know enough biology to create or synthesize life," says Collins. "I think we're far removed from understanding how [you would] build a truly artificial genome from scratch."

Even so, Venter's accomplishment of using DNA created in the lab to control a cell's behavior is bound to raise questions about whether the work is morally acceptable. That's a discussion bioethicists have been having for some time.

It's not as though we suddenly got to the point where particular moral questions are raised here that weren't already present in the field, says Gregory Kaebnick, a scholar at the Hastings Center, a bioethics think tank.

Kaebnick says there are two basic concerns about what Venter and others in the new field of synthetic biology are doing. First, that one of these synthetic organisms will escape from the lab and run amok. And the other is whether this kind of work crosses a line where humans start playing God.

"Up until now, organisms have come into being on their own, as it were; they've evolved on their own," Kaebnick says. But, he says, Venter's work says that may not longer be the case. "And for some that's a troubling development."

But for Venter, that's exactly the point of doing the work in the first place.

"We decided that [by] writing new biological software and creating new species, we could create new species to do what we want them to do, not what they evolved to do," says Venter.

Venter has founded a company called Synthetic Genomics, where he intends to use these new species to do things like make new fuels and new vaccines.

For the moment, Venter and his colleagues are the only ones with the money and techniques to do this kind of genomic manipulation. But others are working in related areas, and a new world of synthetic microorganisms might not be far off.